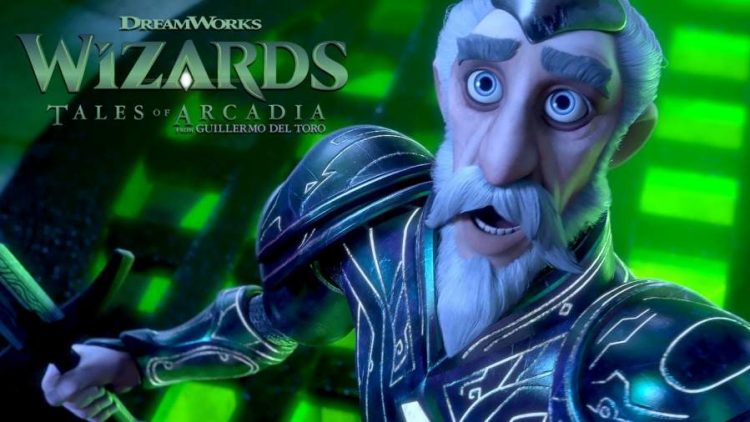 Tales of Arcadia is a trilogy of an animated fantasy series that will release soon on Netflix. Already the first two parts titled Trollhunters and 3Below have got released. The third part called Wizards is going to release and the date is also announced. The creator of the show is Guillermo del Toro and the producers are DreamWorks Animation. Find about Wizards: Tales of Arcadia Release Date here. Many are waiting for its release as the tale is full of magic and mystery.

The last and final part of the trilogy Wizards: Tales of Arcadia will release on Friday, August 7, 2020. This will narrate the event that happens after two parts. Find the series on Netflix and enjoy watching the series next month. It will release with ten episodes on Netflix.

The plot of Wizards: Tales of Arcadia

The Tales of Arcadia is a story of the residents living in the suburban of Arcadia Oaks. This place is home to many magical creatures and the heroes that live secretly. The heroes fight against the evil that lives amongst them. The first part Trollhunters narrated the story of James Lake Jr. He becomes the first human to become a troll hunter. He safeguards the lives of the trolls who live in the Trollmarket and also the humans who live near to it.

Then the second part 3Below is about two royals Aja and Krel Tarron residing in the planet named Akiridion-5. They escape from their home planet and come to earth because of the villain Val Morando. Lastly, the final series Wizards will show the story of the Douxie who is a wizard in training. Then the viewers will also see the heroes who will visit the medieval knight Camelot. Now all the supernatural worlds will join together to stop the upcoming apocalypse.

He is a wizard who is training to become a powerful handler of magic. He is the apprentice of Merlin. Douxie played as the minor character in the first two parts and in this last series he is the main character. He is studying at Arcadia Oaks Academy.

Merlin is also one of the main characters of Wizards. He is a popular wizard and a master of Morgana. However, he gets betrayed by her. The wizard is one of the close friends of King Arthur. He is the one who created the Amulet of Daylight and he is the master of Douxie.

He is the familiar of Douxie who can shapeshift. He is a cat described as an anthropomorphic feline.

He is the king of England and the wielder of the powerful sword called Excalibur. He is close to Merlin the wizard.

He is the first human to become a troll hunter who was the protagonist of the first part of the trilogy.

The storyline of the Wizards is interesting.  All the favourite characters are going to come back to fight with the villains and end the apocalypse once and for all.