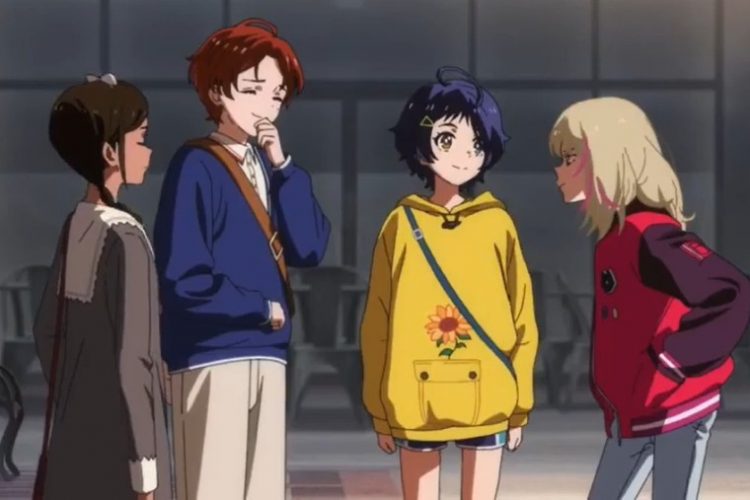 Have you watched the new Psychological horror anime series called Wonder Egg Priority? It is an original Japanese anime series created by CloverWorks. The writer of the series is Shinji Nojima and the director is Shin Wakabayashi. The series premiered on the Nippon TV in January 2021. It has gained a lot of popularity in less time because of its story and characters. Until now the six episodes of the anime has got released and the fans are waiting for the seventh episode. Know about the plot of Wonder Egg Priority and Wonder Egg Priority episode 7 release date here.

The episode 1 of Wonder Egg Priority got released on January 13, 2021. Then recently the episode 6 of the series released on the channels on February 17, 2021. Now episode 7 is set to release on February 24, 2021. The title of this episode will be “After School at 14”. The series will be available on the streaming platforms every Wednesday at 12:00 a.m. JST. They will release an hour and twenty-nine minutes before the original time on Nippon TV. Furthermore, the foreign viewers can stream the episodes on Funimation, AnimeLab, Bilibili and Wakanim.

What is the plot of Wonder Egg Priority?

The series is an original anime so it is not based on the story of any manga or light novel. We can describe the story as a gorgeous yet melancholy tale. It is about the life of Ai Ooto who loses all hope when her best friend commits suicide. Then she finds a magical thing called Wonder Egg that helps her to perform magical missions each night. This magic assists Ai and her other friends to help people who are suffering from dark thoughts in their life. The girls join together to slay the monsters that made many people kill themselves. Moreover, as Ai slays each monster she could also save the soul of her best friend because it is unable to rest.

Each of the demons that trouble the humans handled with nuance. Therefore the anime is interesting to watch as we get to know that all problems have a solution. Many of the scenes in the anime will tug at your heartstrings. The close friendship and understanding between the girls will make you feel happy.

Ai Ohto gets voiced by Kanata Aikawa. She is the main protagonist of the series who suffers from heterochromia. Because of her different eye colour, many people bully her and she stops going to school after certain tragic events. Tomori Kusunoki voices the character named Neiru Aonuma. She is a quiet and reserved girl who does not take the initiative to understand people. Then the voice of character Rika Kawai is by Shuka Saitō. She is an outspoken girl who does not feel shy to speak what’s on her mind. Hinaki Yano has lent her voice to the character named Momoe Sawaki. She is a girl with an androgynous appearance so she is often mistaken for a boy.

Do not forget to watch episode 7 of Wonder Egg Priority. Start watching the previous episodes now if you not seen it.