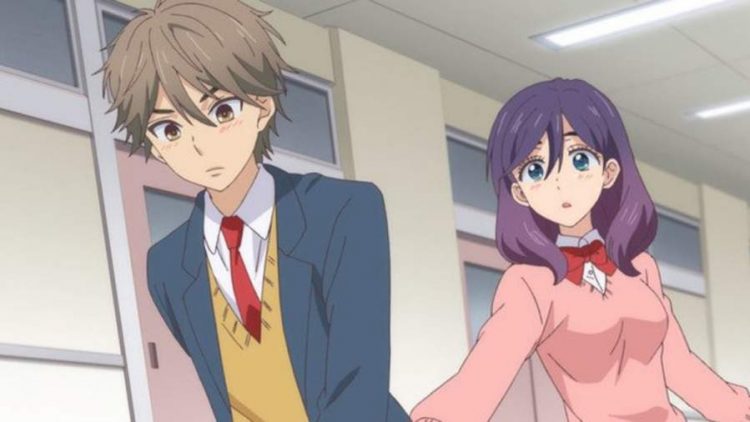 Many people watch anime series and films because of the mesmerising romance in it. The creators surely do know how to create heartwarming moments in the romantic Anime. The lovers in the anime also deal with the obstacles in their romance that adds salt to the story. Therefore, if you want to watch some fantastic Romantic Anime movies and Romantic Anime series, here is the list we have gathered for you.

If you are a musical person then this romantic anime will interest, you. This series tells us the tale of two classical musicians named Megumi “Nodame” Noda and Shinichi Chiaki. Shinichi Chiaki is a perfectionist who wants to be a conductor however Megumi Noda is infamous for her messiness. Nodame falls in love with Chiaki at first sight however it takes longer for him to appreciate her erratic habits. However, a romance develops between them.

This story is a supernatural romantic anime series where a homeless girl finds herself kissed by a man on her forehead. It is because she saves him from a dog. Then she learns that she has become a God of a shrine and falls in love with her familiar Tomoe. But is love between humans and non-humans possible?

This is a basketball-themed anime with a romantic storyline. It starts with the tale of Kou and Aoba who hate each other at first. But then their romance develops because of their similarities.

This anime is a story of two top students in a school named Misaki Ayuzawa and Takumi Usui. Although Misaki has a reputation in the school as an aspiring student she has a secret job. She works as a maid to support her family and Takumi Usui finds about it. They both fall in love during the process even if they belong to different social status.

This is the story of a tall girl and a short boy helping each other in their romantic lives. But instead, they both fall in love which gives us a comical romance story.

This is a romance story between Yuusaku Godai a tenant and his landlady Kyoko Otonash. They both fall deeply in love with each other that result in interesting plot worth watching.

This is one of the popular high school anime romances. It is the story of Ryuuji who looks quiet but has a crazy side to his nature. Similarly, Taiga is a short girl but very fei*sty. They are neighbours and help each other to find romance but end up falling in love with each other.

8. Anohana: The Flower We Saw That Day

This anime is a story of a boy who sees a vision of his dead friend Menma. He tries to cope with the loss of his friend living as a recluse. But the return of her spirit helps him and his friends to move on from the loss.

9. Kids on the Slope

This is a story of how three people meet and become friends. They love Jazz which makes them close. One of the members of the gang Kaoru Nishimi falls in love with Ritsuko Mukae in the end.

This is a story of Tohru Honda and the Sohma family. The members of the family turn into animals because of the Chinese Zodiac whenever they get excited or meet people of the opposite gender. Honda helps the family to break the curse.

These are the ten romantic animes you can watch and enjoy.