World of Warcraft: Shadowlands Release Date, Trailer, Gameplay, and Everything We Know 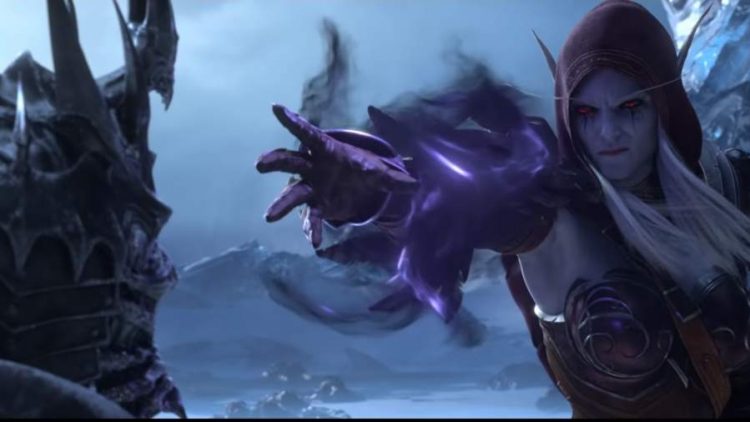 World of Warcraft: Shadowlands is the eighth installment in the expansion pack. It is a popular (MMORPG) game. It is set to release at a future date. The game will follow up with the events after the battle for Azeroth. It will depict the realm of the dead in the tale of Warcraft. The Shadowlands will consist of level squish and an excellent levelling system. More excellent features are also waiting for the players in the new series. Know more about it here. By the way if you are interested in WoW boost – check out Leprestore Boosting Services. They offer wide range of services for Shadowlands (like raid boost, mythic dungeons carry, leveling, torghast runs and more).

The preorder of the game was set on November 1, 2019. Now finally the game is going to get released on October 27, 2020. So enjoy playing this excellent game soon. You will surely enjoy the new gameplay available in the video game.

The character Sylvanas Windrunner decides to travel to the Icecrown Citadel which is in the Scourge-infested location of Northrend. She is not the war chief of Horde anymore. The N’Zoth has also got defeated in the previous battle of Azeroth. Therefore Windrunner goes to confront Lich King the ruling monarch Bolvar Fordragon.

She tears the king’s Helm of Domination and this leads to the shattering of two realities. A portal opens to the Shadowlands which is the afterlife of the Warcraft world. The Shadowlands becomes an active place. There is Maw a place in the afterlife that is the location where sinful souls prevail. Now it is absorbing all the souls.

After many years in the World of Warcraft universe, the new game will consist of “level squish” which is a level reduction. The playable characters in level 20 are now decreased to 50.  The level 60 will serve as the new level cap. The creators have called the game “New Game+ experience”. Some of the new characters will get introduced in the game and will give the players the experience to play “Exile’s Reach”. So the player can get better acquainted with the new game.

There will be five major zones in the game such as Ardenweald, Revendreth, Bastion, Maldraxxus, and Maw. The main city is Oribos which is the main player hub. It is similar to Shattrath City. The game will also feature four new dungeons and additional ones as the level progresses. Moreover, there is a roguelike dungeon introduced in the game which will be endless called Torghast.

The players can play in the dungeons solo or as a group. The core races in the game will receive extra customization options for instance humans will have the chance to customize the ethnicities. The dwarves and trolls will get tattoos on the other hand the undead can get more decay.

The four zones in the game will get ruled by “Covenants”. It is the same as the class orders presented in Legion. The covenants will have their own campaign same as the War Campaign found in the Battle of Azeroth. The players can play up to level 60 and can decide to join the covenant or not.

World of Warcraft: Shadowlands will be a great game. Do not miss it. The new players can also play the game easily.