Zac Stacy, The Former NFL Player, Ruins His Image Due to His Involvement in Domestic Violence & Other Legal Issues 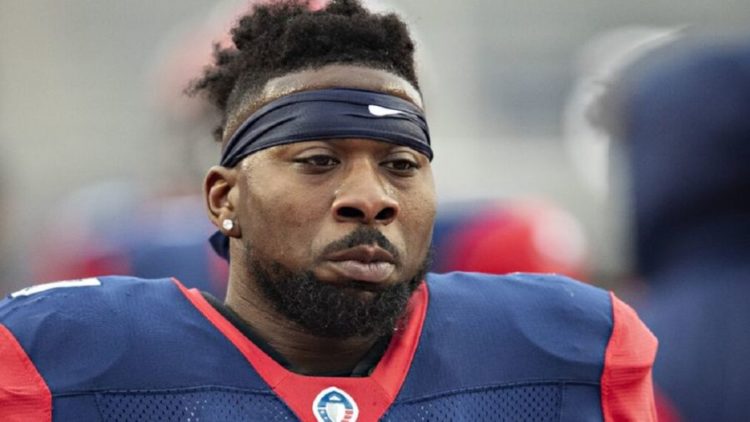 There are very few people who have not heard about Zac Stacy. Yes, he is the former American football running back. In fact, he previously played for the Rams and the Jets. Presently he is all over social media because of the legal issues resulting from him being charged with multiple felonies. As per the sources, Zac Stacy is facing 5 new charges in connection with the alleged assault of the mother of his child. Indeed it is a very sensitive matter!

As per the TMZ reports, Stacy has been hit with three criminal mischief charges. Pretty shocking, right? You must have never imagined your favorite footballer to have such charges. Well, nowadays, it is very hard to understand people. Let us now share some of the significant details about the celebrity footballer Zac Stacy.

Who is Zac Stacy?

Since you are reading this article, it is evident that you are curious about the legal controversies that Zac Stacy is going through right now. You are at the right place as we will share some of the important details about the personality here.

Stacy was born on April 9th, 1991, in Centreville, Alabama. Therefore, he is presently 31 years old. As we mentioned earlier, he is a former American football running back. In fact, the St. Louis Rams drafted him in the fifth round of the 2013 NFL Draft. Moreover, he also played for the New York Jets, Saskatchewan Roughriders, and Memphis Express. Let us now have a quick glance at the former footballer’s successful career down below.

It was from his college days that Stacy began his career in football. As per the sources, Zac Stacy’s family encouraged him to become a footballer. In fact, he also played on the college football team. After this, in 2013, the NFL Draft selected him to play for St Louis Rams. Moreover, he played there for two years and signed a contract with the Canadian Football League. Needless to say, he was an asset to the team and repeatedly proved his skills.

At the same time, he also played for the American Football Memphis in 2019. In fact, during this game, he took several preparations by rushing 101 yards. So he also became the first running back to do so in a game. However, later in 2019, he got injured while playing and finally retired.

What are the Charges Against Stacy?

As per the sources from the media, the former New York Jets running back Zac Stacy is facing five new domestic violence charges. In fact, these are related to a second alleged attack on his ex-girlfriend. Yes, things are pretty serious now.

Initially, the police charged Stacy on Feb 16 with three counts of misdemeanor criminal mischief. The assault happened on Aug 16th that involved Kristin Evans, the mother of his child.

The incident naturally shattered Evans from within. With tears, she said, “That’s all I have.” On the other hand, we could hear Stacy yelling and saying, “Well, give it to me then…get your phone and get it. We could also hear their baby crying in the background.

However, Stacy claims that nothing of this sort had happened, and Evans had staged the assault. But if we look at the rest of the video, we can see that Evans bolts out the door and run inside her car at one time. In fact, we could hear Stacy off-camera threatening her that he would break the car window.

Furthermore, he also picks up a trash can and slams it onto Evans’ car as she tries to pull out of the driveway. Even at that time, Stacy grabs the windshield wipers, and once again, he demands her to give him back his money. In fact, Evans was shocked to learn that the prosecutors only decided to charge Stacy with misdemeanors related to the August 2021 incident.

Have a look at What Evans’ Legal Council Said

As per the sources, Evans’ legal counsel has told her that since there were felonies in the video evidence from August, the law will charge Stacy with only misdemeanor charges. She also added that she is working with her legal team to confer with the district attorney’s office on these charges.

Previously also in November, Stacy attacked Evans. We could see in the video that the ex-NFL player was pummeling her in front of their then-4-month-old child. Needless to say, the police charged him with felony aggravated battery and third-degree felony criminal mischief at that time. Stacy claimed that Evans was having an affair with his lawyer in a separate issue to excuse himself from the case. Therefore, she had staged the disturbing beatdown.

At this time, Stacy told the cops that he was just out of rehab for anxiety and depression, and so he was constantly there beside his girlfriend taking care of them, so all these charges were baseless. However, Evans has denied having any affairs and claimed that the police were also helping Stacy.

So it was challenging for her alone to press the charges when the police were indirectly in support of Stacy. She claims that they were more interested in protecting the abuser than the victim in this situation. This is what she wants to make sure that people understand that they cannot trust the police blindly. Presently Stacy has entered an in-patient mental health treatment facility in Colorado after his arrest. So he will have to return to court to face the new charges on March 16.

Celebrities often come under the spotlight because of several personal issues which hamper their image to a great extent. Needless to say, Zac Stacy is presently in this position. Despite being an incredible sportsman, he has ruined his image because of legal controversies. We had never imagined our favorite player to be involved in domestic violence issues. So we sincerely hope that things fall back into place and the victim gets justice.