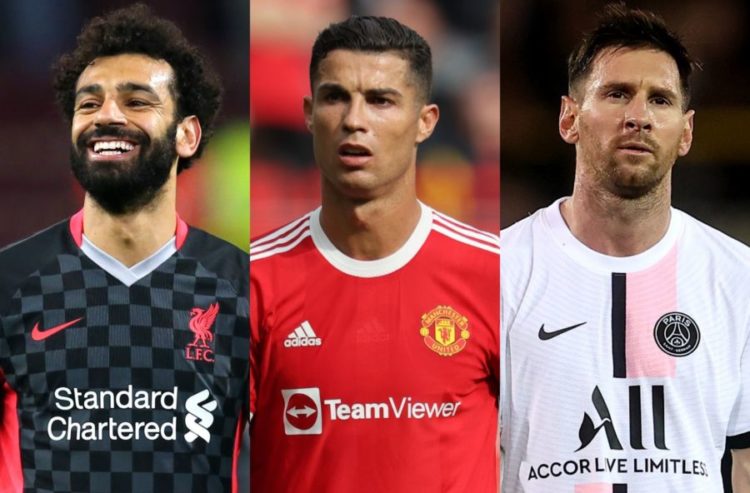 With such great popularity of this game, football players earn a great salary. In this article, let us discuss some of the highest-paid soccer players in the world.

Lionel joined PSG after leaving Camp Nou. Here, he signed a contract for two years and a whopping net annual salary of $41 million. He has the option to extend the contract too with PSG. Even at 34, the footballer rocks at the game, and most people consider him to be the GOAT.

In Summer 2021, the Argentinean star player decided to quit his service with Barcelona. The decision is really surprising for everyone in the profession, and it has become the news headlines for several days at that time.

The next footballer earning a good income is Neymar, and he is his teammate of Lionel. He signed the contract with PSG in the summer of 2021. The soccer player is from Brazil, and he will serve for PSG until the summer of 2025. For him, the club is offering $36.5 million per annum.

Additionally, if the team wins the elite continental competition, PSG needs to provide a huge bonus for Neymar during the contract. He is popular for staying in the top ten or top five lists of players constantly in the last decade. Almost he won most of the games in France, and he is looking to win UEFA Champions League silverware.

Cristiano Ronaldo is one of the popular football players who has fans worldwide. He became the highest-paid footballer in English Premier League history. It happened after signing his two-year contract with Manchester United Club in 2021. He worked with this club before.

Even at the age of 37, he is earning such a high income, as he is the third highest-paid footballer in the world. Similar to Lionel’s agreement, Ronaldo signed a two-year contract with an extension option of an additional year.

Most people thought that Iniesta had retired from the football industry, but it is not so. His teammate, Xavi, is currently taking care of the Barcelona team, and he is the one who won the 2010 World Cup final. He is currently playing defense in Japan. Iniesta joined the new club, Vissel Kobe, in 2018. Soon after joining this club, he has won the

He is 37 years old and expected to play football until he turns 40.

He is one of the best players in the Premier League and thus, holds the fifth position on our list. In Summer 2021, he renewed his contract with Manchester City, and thus, he will continue playing for this club until 2025.

He is a Belgian midfielder, and his annual Income is around $28 million.

Again, one more player from the PSG club, and thus three of the highest-paid soccer players are from one team. It means the two players, Lionel and Neymar, recently joined PSG. So, the third player in this list from the same PSG club is thinking of extending his contract with them.

One more Manchester United player on our list is Paul Pogba. Though the club didn’t win any trophies and the Premier League title for almost a decade, the club players are the highest-paid people among other clubs.

Pogba won the ultimate prize with France in the World Cup 2018. But for Manchester United, he won the silverware in the first season. According to sources, the club and players hoped to win much more in the Europa League.

Robert is the star player for the club, Bayern Munich. But it is surprising for people that the star player is earning a hefty income from Bayern Munich. When compared to other players on the list, Robert is the one earning each penny with great hard work and effort. He never stopped putting an effort while playing since he joined Borussia Dortmund.

At present, he will turn 34 but still never slow down while playing the game.

Gareth became popular, winning four Champions League matches and scoring well in two final games. He scored the best goal while playing against Liverpool. Thus, he earns a good annual salary, among others.

In the summer of 2019, Eden moved from Chelsea to Real Madrid. The player will undergo surgery to remove the metal plate kept in his right ankle, according to recent news. There is no confirmation of how long Eden will be sidelined from the match. But people are expecting that he will return to the match before the campaign ends. So people will miss him in the future seasons.

This is all about the top-paid soccer players and their annual Salary for playing the football game.