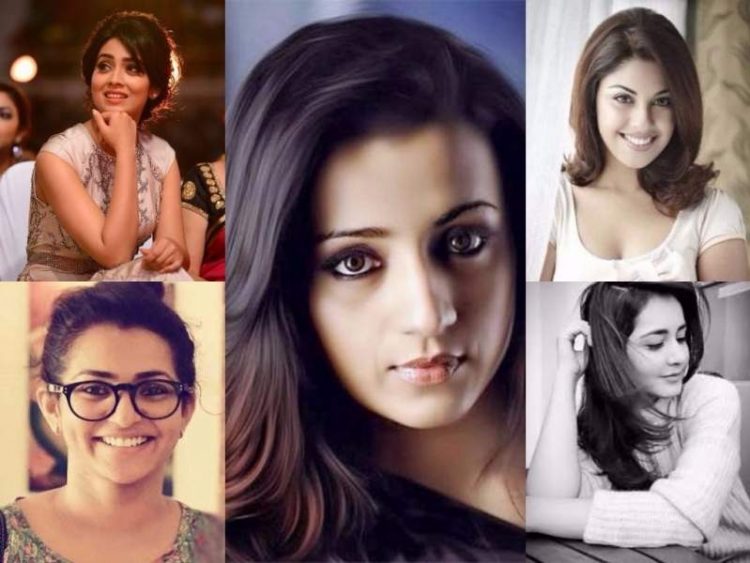 South Indian actresses are well known for their charm of manner and beauty.  Some of the actresses are born to act as their acting in the films is excellent. Their social media pages receive a lot of good comments from their fans praising their talents and beauty. The beauties are also known for their simplicity. They look pretty and smart without makeup and are friendly with their fans. Want to know about some of the beautiful south Indian actresses? Then you can find all the details here.

Nayanthara is one of the top actresses in South India. She is very popular in Tamil Nadu for her simplicity and beauty. Her hometown in Kerala. The actress flaunts a smoky eye and nude lips in most of the films. Nayanthara also rocks Indian ethnic looks like sarees and churidars very well. She is called the Lady superstar in south India for her popularity. Many of Nayanthara’s films contain great female-centric roles and she proved many times that a film can become popular even without a hero.

Tamannaah is a popular actress in south India. Although she has appeared in a few Hindi films she is more popular in the south. She started her career at the age of fifteen where she became part of Chand Sa Roshan Chehra. Some of her Tamil films like Ayan, Veeram, Siruthai are blockbusters. She is one of the highest-paid heroines in South India. The actress is a great dancer too. She was born and brought up in Mumbai, Maharashtra and now she is thirty years old.

Samantha is a cute and pretty actress well-established in Tamil and Telugu industries. She has received many awards in the Filmfare for her acting talents. At first, she started her career as a model and then became a popular actress. Her first film was Ye Maaya Chesave which is a Telugu film. The actress is a popular endorser of many products. Her marriage with Naga Chaitanya in 2017 was a popular event of the year. The actress is very popular in social media.

The actress’s birth name is Sweety Shetty and is well known by her stage name Anushka Shetty. She is famous in Tamil and Telugu cinema and has received a lot of accolades for her acting. Many of her films are box office successes and she has acted with top actors in the industries. She was born in Puttur, Karnataka and now she is thirty-eight years old. She acted in a heroine-centric film called Arundhati that gained her recognition. Her character Devasena in Baahubali historical film earned her worldwide popularity.

She is a popular film actress and model who is popular in Tamil and Telugu cinema. At first, she acted in Bollywood but later received opportunities to act in South films.  Some of her popular films are Brindavanam, Govindudu Andarivadele, Mr. Perfect, Businessman, Thuppakki, and many more. She was born in Bombay, Maharashtra and now she is thirty-five years old.

She is a bubbly and cute actress in the Tamil industry. She has done a lot of films in other industries also like Telugu, Malayalam, and Kannada. She is twenty-eight years old and was born on Mumbai, Maharashtra. The actress is also a philanthropist who is supporting many charities.

She is an emerging heroine in the South Indian industry. She gained popularity as a dancer and then got the chance to act in films. Some of her groundbreaking critically acclaimed movies are Rummy, Kakka Muttai, Pannaiyarum Padminiyum, Kanna, and many more.

She is now one of the top heroines in the south Indian industry. Her mother is the popular actress Menaka. She is a great actress and can play the violin. Keerthy is also interested in fashion designing. The actress was born and brought up in Chennai, Tamil Nadu. She became very popular in the film Mahanati where she portrayed actress Savitri. Many critics praised her performance for her role.

The actress started her career in 2009 with the debut Tamil film Mynaa. For her role in the film, she gained critical success and became a well-established actress in a few years. Paul is an outspoken lady and fearless. She was born in Ernakulam, Kerala.  After a failed marriage with director Vijay, she got married to Bhavinder Singh a musician.

She is the daughter of popular south Indian actor Kamal Haasan and Sarika Thakur however Shruti created a place of her own in the south Indian industry. At first, she came to the industry as a singer but later turned to act also. She is thirty-four years old and has many future projects in store.

These are the ten beautiful south Indian actresses. They are unique individuals and are not afraid to maintain their true identity in the industry. The actresses are charismatic and talented so that is why they are popular in their fields.