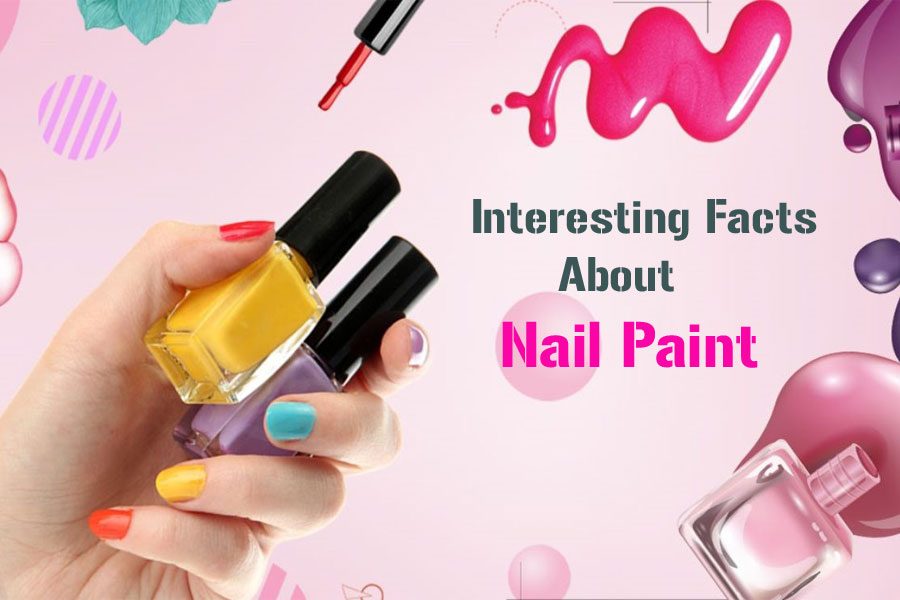 Are you like me who loves to experiment with those glossy nail paints? Most of the girls like to paint their nails because nude nails look dirty to them. In fact, there are many myths associated with nail paints like nail paints are toxic, they ruin your nail’s health, etc. But that’s true. For sure, there are facts you might not be knowing about them. We have listed down some of the interesting facts about your favourite nail paints which you should know before you apply them the next time.

For sure, there are facts you might not be knowing about them. Shop the most beautiful collection of nail colors, sign up here  Lovecandycoat.com this the ultimate playground for nail enthusiasts. Candy Coat offers a fun way to discover and shop for nail color.

1. China was the first place where nail polish was used

China was among the first places where nail polish was used. It has a long history and it dates back all the way to 3000 BC. During those days, nail polishes were made using beeswax, egg whites, gelatine and vegetable dyes. The Ancient Babylonians used to paint their nails before going for the battle with a solid gold best manicure set.

Do you know during Ancient Egypt, nail polish was used to class rankings and only the best or elite class could wear red? Those who belong to lower classes used to wear nude or light colours.

Also read: 6 Amazing Benefits of Using A Nail Polish Remover in and Around Your House

3. Nail Polish was made from car paint

During the 1920s, a Makeup artist, Michelle Menard has adapted the enamel which was used for cars to create polish for nails. At that time, Menard worked for a company known as ‘Charles Revson’ which is popular as ‘Revlon’ today.

4. A dentist has invented artificial nail for nail biters

A dentist, Maxwell Lappe has come up with a new product known as Nu Nails which was an artificial nail designed especially for nail biters.

Also read: 20 Photos Prove The Magic of Glitter Nails, Try It To Feel The Magic

5. Hollywood is always known to set the trend

Do you know actress, Rita Hayworth has popularized red nail polish in the 1940s after the introduction of Technicolor? Much later, Uma Thurman has started a new trend of vamp-colored nails, all thanks to her hit role in the 1994 cult film Pulp Fiction.

6. You can’t paint your nails on Aeroplanes

Haha, that’s crazy now. You know one woman was even arrested for painting her nails when she was on a flight.

Also read: 5 Most Soul Satisfying Videos To Watch When You are Stressed Out and Want To Calm Yourself

Yes, true that. But it’s not like that you can’t use those glow-in-the-dark shades on your nails as they aren’t FDA approved. Need not to worry, many companies are there like OPI formulas which have launched a line that makes FDA approved nail polishes.

You should remain in the ice water for about five minutes but if you’re able, ten minutes can bring even more relief. You can shop cold compression therapy products online from Americacryo.com. To understand the benefits of Cold Compression, you must first understand the body’s built-in responses and why it is essential to treat with an appropriate and specific regimen.

Blood itself is composed of many things; most importantly, it contains red and white cells, anti-inflammatory proteins, and endorphins. These components play a role in how the body responds to injuries.