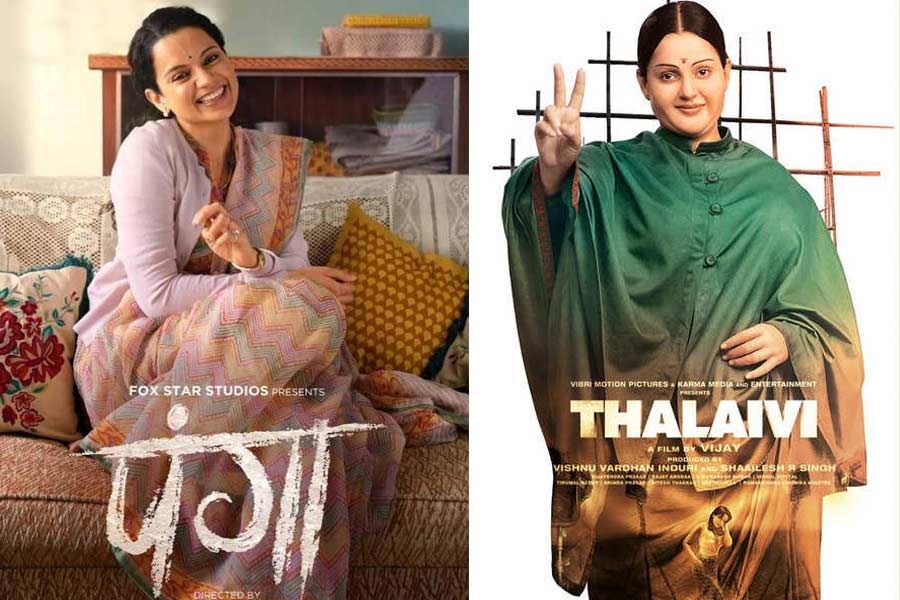 The year 2019 was a great year for Bollywood where we have seen some of the rocking movies hitting the theatre. And the best part is in most of the movies, women have taken the lead role which makes us feel proud. To name some of them, movies like Mission Mangal, Saand Ki Aankh, Manikarnika and Ek Ladki ko Dekha Toh Aisa Laga brought us fresh and path-breaking stories of women empowerment during the previous year. After watching these women-centric movies in 2019, now we are longing for more such type of roles in the upcoming movies that will come in 2020.

Have a look at some of the female-led movies that we all are looking forward to in 2020.

The most awaited movie, Chhapaak which is directed by one of the most talented directors of Bollywood and i.e. Meghna Gulzar. The star cast of the movie is Deepika Padukone and Vikrant Massey in the opposite role. In the movie, Deepika will be playing the lead role of an acid attack victim who looks unrecognizable in the trailer.

In this movie, Kangana will be playing the role of a married woman in her 30s who aims to make a comeback in the field of wrestling. Well, that sounds exciting. Isn’t it? The movie has been directed by Ashwiny Iyer Tiwary itself. The film features Kangana Ranaut, Jassi Gill, Richa Chadda, Neena Gupta and Yogya Bhasin.

Also read: 5 of The Best Movies Given By Bold and Brave Actress Tapsee Pannu

This is the movie in which Kajol and Jay Devgan will be seen together. It has been directed by Om Raut. Basically, the film is a historical drama based on the life of the military leader in Chhatrapati Shivaji’s army, Subedar Tanhaji Malusare, and the way he went to fight the Mughal commander Uday Bhan (which is portrayed by Saif Ali Khan). The movie will also take us to the surgical strike that shook the nation.

It is a romantic comedy-drama in which you will get to see debutant Alaya F playing Saif Ali Khan’s daughter. Meanwhile, Saif Ali Khan would be playing the role of ‘an ‘accidental dad’ in the upcoming feature. Well, a long time to see Khan and Tabu reunite again on a screen.

Also read: 6 Bollywood Movies Which Will Remind You of Your All-Time Best Friends

5. The True Story of Gunjan Saxena – The Kargil Girl

After making the successful debut in Dhadak in 2018, Janhvi Kapoor will be next seen in ‘The True Story of Gunjan Saxena’ which is based on the real story of India’s flight lieutenant Gunjan Saxena’s journey from becoming a pilot to leading India into the Kargil war of 1999 and her victory. The movie will also focus on her relationship with her father who was his biggest strength.

6. The Girl on the Train

Ribhu Dasgupta directorial, ‘The Girl on the Train’ is the remake of the 2016 American film of the same name. In the movie, Parineeti plays an alcoholic divorcee who finds herself involved in the investigation of a missing person. The movie will be featuring Parineeti Chopra, Aditi Rao Hydari, Kirti Kulhari, and Avinash Tiwary.

Also read: You Would Love Streaming These 8 Adult Web Series If You Don’t Have Time for 3 Hours Cinema

The movie is based on the real-life of J.Jayalalithaa, late politician and film actress who also served as the Chief Minister of Tamil Nadu. We can’t wait to see the legendary role of Kangana in this movie. The movie has been directed by A.L. Vijay and the star cast will be Arvind Swami and Priyamani besides Kangana Ranaut.