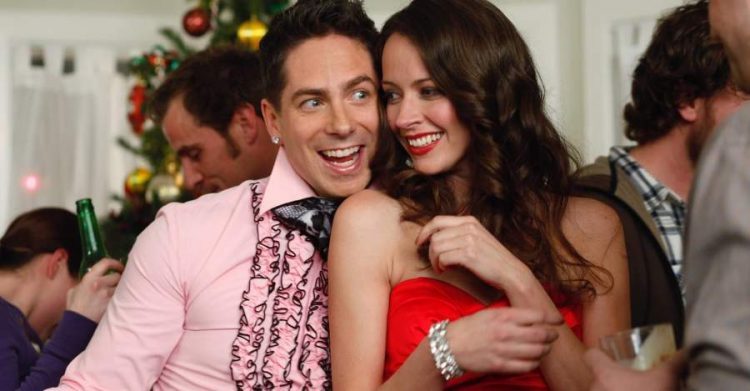 When the year is going to end soon with the Christmas Celebrations. If you are searching for films to watch during the time, then we have made a perfect list. These films have heart-warming stories that will make you happy. You can celebrate and welcome the New Year with a bang. There are also some classic films on the list which will make you feel nostalgic. Moreover, there are also films that are set to release soon.

1. The War with Grandpa

This is a goofy family film starring Robert De Niro, Jane Seymour, and Christopher Walken. This is a story about a boy who does not like the interruption of his grandpa. This film will make you laugh out loud. So do not miss it.

This is an upcoming Netflix film set to release on November 13, 2020. The story is about a toymaker and his granddaughter who are planning to build a magical invention. This machine can change the life of many people. Some of the cast members of the movie are Forest Whitaker, Madalen Mills, Keegan-Michael Key and more.

This is a Hallmark film specially created to watch on Christmas day. It is a gay romance film starring Jonathan Bennet. It will release on November 22 on Hallmark So do not miss it.

This is a sequel film for The Princess Switch. We will again go to the world of Lady Margaret who has a new problem in her life. However, she will sort it out with her friend and doppelganger. Vanessa Hudgens is going to reprise the roles.

This film will release on December 4. The film is about Operation Santa. This is an arrangement made for sending gifts to young kids. Filmmaker Dana Nachman has given an extraordinary tale that will make you happy.

This is an excellent animated film about a postman who befriends a toymaker named Klaus. The film got the nomination for Academy Awards in 2019 and it received positive reviews from the critics. Moreover, the animation, story and other features of the film are fantastic. So watch the film.

Who can forget to watch Home Alone during the Christmas Holidays? It is a classic. The film is a story of Kevin an eight-year-old boy. He gets stuck inside his house when his family forgets him in the home. Moreover, the boy also tries to secure the house from two burglars.

This is a film starring Susan Sarandon. She acts as a woman who wishes to have one final holiday with her family because she is suffering from ALS. The film will make you cry as well as laugh.

9. Dolly Parton’s Christmas on the Square

This is a musical with twelve excellent songs by Dolly Parton. The director and the choreographer of the musical are Debbie Allen. The story is about a rich woman named Regina Fuller who visits her hometown after the death of her father. In the process, she learns many things that will change her forever.

These are the nine best movies you can watch in Christmas. You can enjoy the holiday with happy hearts.

Also read: 9 Things to Do This Christmas To Make Merry Family Time Christmas