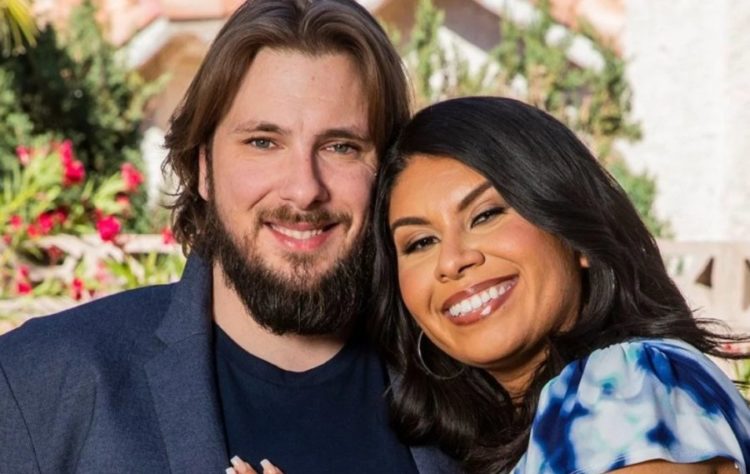 We all like to watch the 90 Day Fiancé. It depicts the love story of couples from different nations and places. Also, it is really interesting to see whether their relationship will end in marriage or not. One such couple from 90 Day Fiance who got married is Colt Johnson and Vanessa Guerra. They have officially now become husband and wife. The newly married announced the news through Instagram. They shared a pic of themselves where Colt 90 Day Fiance was kissing Vanessa. In another photo, he was holding his arm around her. Find out all the details about the couple here.

When did the wedding take place?

The couple shared their wedding news on Sunday, May 23 during one of the episodes of 90 Day: The Single Life Tell-All special. They revealed that they are already husband and wife. Also, their engagement was played out on the show at the beginning of this month.

Colt is thirty-five years old and he shared with his fellow stars about his wife no.2 in the Sunday episode. Vanessa revealed that the nuptials took place about a month ago. They two were on a road trip together in Reno, Nevada. Then Cold asked Vanessa if she wants to get married. So she replied ‘Why not?’

Later they two married in a quiet ceremony. The couple got married at the chapel by the river. So it was a simple and basic wedding. Also, their parents did not know about the wedding so it happened without any guests.

Colt wanted that moment to be only between him and Vanessa. That is why they did not call anybody. So they eloped and married.

It was also revealed that Debbie who came to the tell-all interview did not know about the wedding but only on the set. She was very much involved in the couple’s life but after learning the news Debbie was happy for her son and also his new wife.

She asked them “can I give you a hug”. Then she embraced her daughter in law. So she is a really understanding mother who understood her son’s decision.

How is the relationship between Colt and Vanessa?

In the beginning, like in many relationships, Colt and Vanessa had their ups and downs in the show. It was problematic because Colt was dating Jess Caroline. But despite the trust issues Vanessa got engaged to Colt in 2020. They think that they are good friends so that has made their relationship stronger. Further Colt also said that their engagement did not happen early but at the right time.

Who is Colt’s former wife?

Already Colt appeared in the 90 Day Fiancé: Happily Ever After? and he was married to Larissa Dos Santos Lima. Now she is unrecognizable because she underwent lots of plastic surgeries. So for Colt, she completely looks like a different person and not at all like his former wife in their wedding albums.

90 Day Fiancé is a great show because it reveals to us about the different types of relationships. Some end shortly but others become a relationship of the lifetime. There is a long list of 90 day fiance couples who got married and are still together.