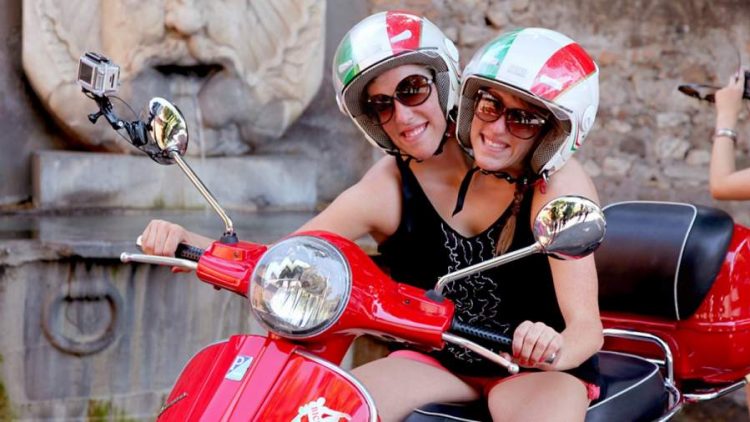 Abby and Brittany Hensel are the conjoined twins who amazed the world twenty-nine years before on their birth. Still, many doctors consider them as a medical marvel. The twins have two heads joined in one body. At the time of their birth, the doctor suggested their parents for separation which means that one twin has to lose their life. However, Patty Hensel and her husband Mike the twin’s parents wanted them both to live.

Patty said that the twins looked beautiful to her. The parents took the children to their quiet farm in Minnesota where the girls grew up. They spend their time away from public scrutiny and learnt many things without any disturbance.

Now after many years, the twins have completed their university education. They can drive a car and also working today as teachers. Moreover, they have surpassed all medical expectations. Their story has motivated people all around the world. Know more details about Abby and Brittany here.

How they surprised the world during their birth?

A post shared by Abby and Brittany Hensel (@abbyandbrittany)

The birth of the conjoined twins is a rare event in the world. Only some of the conjoined twins survive to live for long. Abby and Brittany are dicephalous twins which mean that they are sharing a torso and one set of limbs. However, they have different heads and brain that makes the twins two separate individuals. Moreover, the twins have separate heart, stomachs and gallbladders. They share three lungs, intestines, liver, kidneys, uterus, ovaries, and bladder.

The body the twin’s share has two legs and two arms and at the time of their birth, they had three arms. But the doctors found that the third arm might be a hindrance to their movement so it got removed.

How do the twins live in one body?

A post shared by Abby and Brittany Hensel (@abbyandbrittany)

The doctors still have only little comprehension of how the twin’s body function. They have two brains so it will be hard to coordinate the body’s movement. So it is really impressive how the twins function. For instance, the twins can write, drive, dress, type, play the piano and do more in their day to day lives. The twins are accomplishing the movements without any trouble at all. They both are working as a team.

They twin are separate individuals because Brittany had pneumonia two times however Abby did not have it. It was boring for Abby to lie down when her sister was sick. Furthermore, the girls have different tastes and preferences. Despite being different individuals they try to coordinate their body to move.

How did they get educated?

In school, the twins got treated as separate individuals and students. Education was very important for the twins as they aimed to go to college. Abby liked Math but Brittany had more interest in English. Both of the twins sat in the exam and they got admission at Bethel University. From then on they both compromised to become teachers. They graduated with two degrees from the college in 2012.

The twins are now working as teachers. They are teaching grade five students. But in the job, they get considered as one teacher so they get the salary for one person only. This really annoys them. Despite this, they shared that if they get enough experience they will negotiate with the school.

Abby and Brittany are two courageous girls who never gave up. They are making their parents proud.