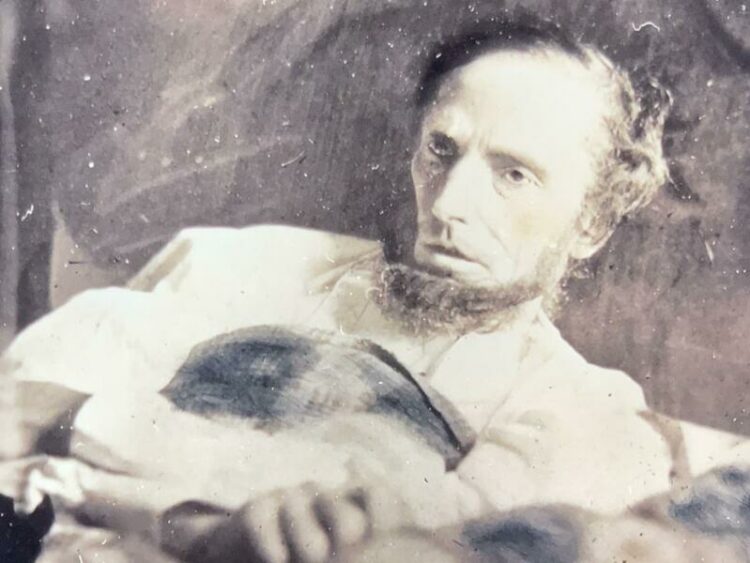 Abraham Lincoln was the 16th president of the United States. In 1865, the president died of a gunshot murder on his head. Such an event made the president become a famous leader among the people. Now, the early photo of the president on his deathbed became a popular debate. According to most experts, such deathbed photos are skeptical.

In this article, let us explore much more facts about Lincoln’s deathbed photos.

What is The Abraham Lincoln’s Deathbed Photo?

Actually, Abraham Lincoln’s deathbed photo took after his assassination in the year 1865. But most people argued the fact that it was not the president in the photo. Because he suffered from his shot injuries at that time. Thus, most experts are frustrated about the deathbed photos of Lincoln.

In addition to that, the documentary about Lincoln named ‘Undiscovered: The Lost Lincoln’ is going on. In that, they showed the 155-year-old picture of Lincoln.

Whether The Picture of Abraham Lincoln on This Deathbed is Real?

Almost, 99% of the deathbed of Lincoln is real. An officer came to this conclusion after studying for two years about this fact using forensic evidence. In order to prove this, there is a new Series about this Lost Lincoln going on now. Based on this series, the specialists are trying to prove that Abraham Lincoln’s deathbed photo is real.

Moreover, in this series, they check the validity of the picture. Then, they understood the fact, a photographer; Henry Ulke took such deathbed photos. Henry lived in the boarding house where the President stayed after his assassination.

According to the research, it is clear that Henry took such photos secretly before taking the president’s body to the White House. Thus, skeptical experts began to believe after seeing the ambrotype of such photos. Furthermore, the process and the photograph of the deathbed’s president are the styles of the mid-1860s.

Based on the deathbed photo of Abraham Lincoln, almost 16 people surrounded the president. Such people are,

Assassination of The President, Lincoln

John Wilkes Booth shot Lincoln in the head on April 14, 1865. John was a spy of the Confederate States and an actor. One day, the president visited the Ford Theater for watching ‘Our American Cousin’, a stage show. Actually, he accompanied his wife, Mary Todd. Suddenly, John went and shot the president’s head.

Then, he took to the boarding house for treatment. Though doctors struggled a lot to save the president’s life he slipped into a coma. Almost, for eight hours, he stayed in a coma after which he died the next morning.

Furthermore, in the series ‘The Lost Lincoln’, there is a popular line about his murder. According to that line, ‘The murder of the president, Lincoln was the most shocking event in American History.’ Additionally, about the deathbed photo, they mentioned it to be ‘the most valuable historical find of our time.’

About The Deathbed Photo Mystery

Most people believe that the deathbed photos are true. But some experts do not believe such photos after exploring several facts about the pictures Harold Holzer was the author of ‘The Lincoln Image: Abraham Lincoln and the Popular Print’, it is like a lot of hysteria about anything that is not the president. Also, for him, everyone photographed after 1861 with a beard was not Abraham Lincoln.

He is the author of a 1984 book about Lincoln. He already found some fault in the historical photographs of Lincoln before this recent debate. Almost, he got 130 photographs related to Lincoln and tried to trace the truth behind such photos.

For instance, in such deathbed photos of Lincoln, the man was wearing a shirt. But soon after shooting the president, the doctor stripped Lincoln’s clothes to find out any additional wounds. Also, the image quality is good but in the early days, one can’t get such quality with an outdated ambrotype.

So, with all such above faults in the pictures, it is difficult for him to believe that the man in such pictures was Lincoln. Similarly, California officer, Braun is investigating these photos now. She almost spent two years researching the deathbed photos. Along with her, the producer of the series, Archie Gips also works with her.

However, Braun got this image from an Illinois dentist, Jerald, and didn’t believe the photo. Initially, she had this question, ‘how could a dentist have this picture?’ Also, ‘how could media and others miss seeing this photo for 150 years?’

Braun got so many problems and critics after researching this deathbed photo of Lincoln. But still, she continues to work on it, as every piece of history is important to our future generations. Therefore, one may get the reason behind the value of historical things in this article.

Also read: Where is JFK’s brain: The Mystery Behind The Missing Brain of The President?