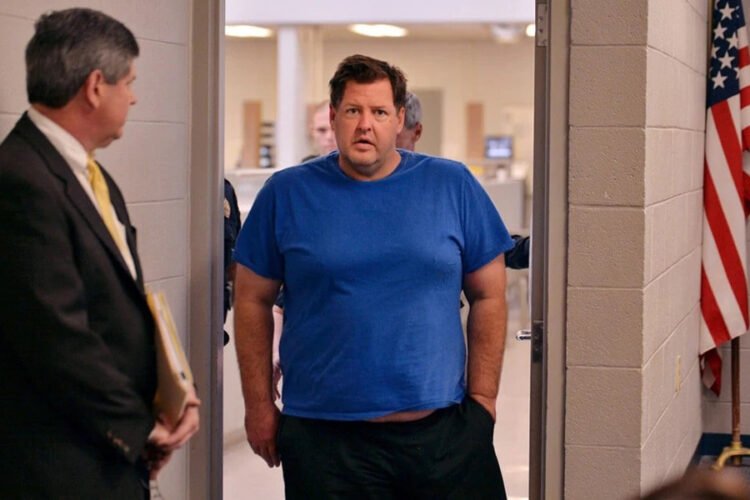 Amazon review killer is Todd Kohlhepp who murdered seven people in his killing spree. No one had any clue about this serial killer as he did have a decent job to cover up his evil side. For the world, Todd seemed a perfect man who is a real-estate owner and graphic designer. He also had several employees working under him in his real estate company.

He is a man who is the owner of 100 acres of land in his city. To top that he also learned to fly the aeroplane. As they say to never judge a book by its cover people around him did it. Many did not know who he truly was until an Amazon Review. Todd himself revealed his horrendous crimes by reviewing his murder weapon on Amazon. It is the reason why he is called the Amazon review killer. Let us see more about a serial murderer and his uncontroversial life.

Many people around Todd did not see the person he was under the mask he wore. People did focus on his wealth and career. There are only a few who saw his personality. Under the mask, Todd compressed his anger and cruelty. His father comments about Todd’s only quality is the fury. All this starts at the age of 15 when Todd first commits a horrible crime.

He rapes an Arizona woman by threatening her with gunpoint. For this crime, Todd spends almost 15 years of prison time. Even though, this crime did not miss the eye of cops after his release Todd chooses to do much worse things. After his release in 2001, this man kills seven people.

This time Todd did not leave any evidence for the homicide investigators to charge him. However, like any other serial killer, Todd wanted to proudly simply his crimes in some way. One day Todd writes an Amazon review for the murder weapons he bought for the site. After knowing grisly details about his crime cops charged him with homicide.

Born in 1971 Todd Christopher Sampsell is from Florida. At the age of two, his parents thought to divorce. When growing up Todd had to grow up with his stepfather. While in their custody Todd had disturbing qualities. In his childhood, he was rejected by scouts due to his bad behaviour.

Also, he was a bully in school who burnt his classmate’s homework. Many psychos develop disturbing traits from their childhood. This is what exactly happened to Todd. Childhood trauma or any other psychological issues may have been the cause. One such trait of any psycho is to attack animals at a young age.

One day Todd used bleach to kill a goldfish. Also, he shoots a dog on the street with a Gun. After many investigations about his childhood FBI gets some crucial evidence. Todd was turning into a monster from a young age due to abuses in childhood. His grandfather abused him and beat him severely. These are reasons that he thought bullying was okay. Also, he went to the mental hospital at the age of 9.

While growing up he was very angry and furious. When his mother was facing her second divorce he starts to stay with his father. However, it is more disappointing for him. His father did not care for him but went on new dates. When he requested his mother to take him back she makes excused him. All this abuse is childhood trauma.

By 2006 Todd was a realtor. No one knew about his past life. At a young age, he served 15 years in prison. When returning the from that prison time he was 30 years old. With a fake resume Todd manage to find success in his career. As the owner of TKA real estate no had doubts about Todd.

Apart from his home, he buys a property in Carolina. At the same time, Todd did not stop committing crimes. From a rapist, he was now a serial killer. He had killed more than 7 people in his life. Doubts start to rise when Todd creates an account to review Amazon items. In a secretive way, he wanted to take pride in his serial murders. Due to this, he started to review products such as knives, Chainsaws and other weapons.

He makes funny commons about these weapons and how it needs more features. Amazon review killer commented on weapons right after he committed a murder. He says how chains are useful when a neigh hour acts and. Also, he comments about hiding bodies. However, these reviews were discovered only after his crimes came to light.

In 2016 Todd commits his first murder. Unable to control his rage he decides to kill Kala Brown and her boyfriend. The couple was hired at Todd’s house to clean the property. After a few days, cops receive a report about the missing couple. During the investigation, the cops could find their location. It is Todd’s place that was the last location. When searching Todd’s place the cops could see a container. Also, they hear the sound of someone banging on it.

When they open the container they found Brown who was rapped many times. Also, to the cops, she reveals how Todd shot her boyfriend in front of her eyes. While searching Todd’s property the cops find more corpses. They found Joe and Meagan a couple who came to clean the house later Todd shot them before hiding them in his property.

In the end, the cops could find evidence for seven murders by Todd. However, they could not find any more evidence that could point out other crimes. When he was charged with a lifetime prison his mother thought to visit him. When she asked how many people he has murdered he tells her in reply that her fingers cannot count those numbers. The discovery of the Amazon Review killer and his crimes show how cruel e was from the beginning. In the end, Todd is paying price for his crimes.

Also read: Albert Fish’s Letter – The Notorious Serial Killer in America Landed Him in Prison Finally Through His Letter to Victim’s Parents