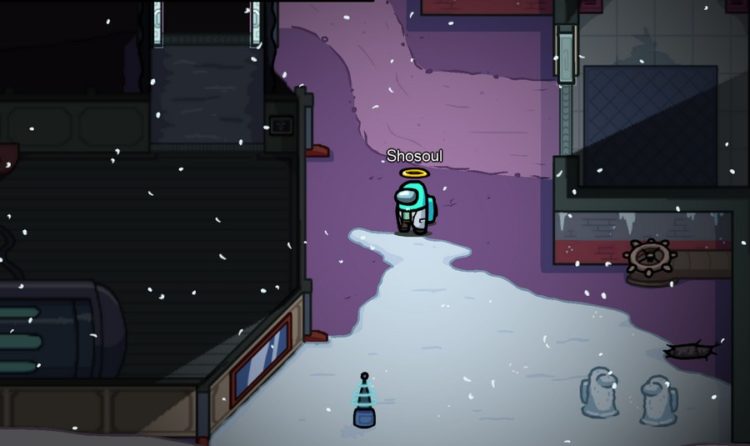 If you belong to this generation, you must be well aware of what Among Us is, right? Their extreme popularity in recent times speaks about how much users like playing this game. In fact, it is an online multiplayer game. American game studio Innersloth developed this popular game. Well, there are a lot of other factors that made the founders create this game.

So are you curious to know about these exciting details of this game? It was developed in 2018, and since then, it has become widely popular. Especially during the pandemic period, many people have started playing this game. In fact, its makers have come up with new updates frequently. So it has become even more fascinating for the users.

In fact, with every new update, the makers have ensured that the players have a unique experience. The feature that has impressed more or less a significant section of the fans are the maps available in the game. Moreover, the developers have come up with an entire list. So would you like to know which are the available ones? Today, we will be discussing some of the most common ones that are already available in the game. Let’s get started!

Let’s Get an Overview of Among Us

If you are reading this blog, you are probably one of the ardent fans of this multiplayer game. Well, you are at the right place as we will be discussing some of the exciting aspects of this game right here. Needless to say, it captured the imaginations of many gamers, both casual and hardcore, especially during the lockdown time in 2020.

Do you know the party game Mafia inspired this game? Also, it is based on the science fiction horror film “The Thing. This game allows cross-platform play. As discussed above, the makers initially released it on iOS and Android devices in 2018 and later in Windows in the same year.

In fact, now it is also available in Nintendo Switch and on PlayStation 4, PlayStation 5, Xbox One, and other popular gaming devices. Even though the makers released the game a long time back, it became prevalent during the pandemic. This is because many Twitch streamers and YouTubers started playing it during that time.

As per the recent news, the makers will release a separate version of the game, Among Us VR for Meta Quest 2, StreamVR, and PlayStation VR, very soon.

Also read: How to Win at Call of Duty: Warzone: 7 Tips and Tricks

What is the Most Exciting Aspect of This Game?

However, the most exciting aspect of this game is that it had three maps when it became mainstream. So the maps include, The Skeld, Mira HQ, and Polus. Apart from the three maps, the latest addition to the family is the fourth map, The Airship. In fact, it is the largest map in Among Us. At the same time, Innersloth might also develop a fifth map since they often release teasers of the map. The makers noticed the craze among the gamers when the makers released the first map, The Skeld.

The game developers created every map with various modes, and unique variations, making them even more popular among people. Once the players finish playing the gameplay several times, they move on to the next one.

So you can well understand that this game is indeed one of the hot favorites of the present generation. Now let us dig into some of the interesting aspects of each Among Us Map. Stay tuned till the end if you want to know every little detail about them.

Well, The Skeld has a separate fanbase altogether among the gamers. This is because the founders created this map right at the beginning with lots of exciting modes and variations. Many fans also consider The Skeld as GOAT, the greatest of all time.

The Skeld was the only playable map that the makers created in the initial days of Among Us in 2019. Later on, Dota 2 professional and Twitch streamer Henrik Ahren popularised it. Even after releasing the two other maps like Polus and MIRA HQ, the gamers highly preferred The Skeld. This is primarily because The Skeld was initially the only free-to-play map, while you had to pay for the others.

Some of The Exciting Aspects of This Map

If you have played the game, you would know that this map is based on a spaceship owned by MIRA. in fact, the crewmates use it to travel from MIRA HQ to the Polus base and vice versa. Even though the map is small, it has four visual tasks present for the gamers.

At the same time, it has the shooting gallery in the Asteroids task. It is indeed the birthplace of many variants and was initially the base model for The Airship map. The makers evenly distribute the tasks here, with at least two tasks present in each location for the gamers. It is, in fact, the breeding ground for many-a trolls and fun voting sessions.

If you have already played the game a couple of times, you must know about Polus. Well, it’s on Polus that MIRA HQ’s base is set. In fact, Polus was the largest map in the Among Us universe until The Airship arrived.

Needless to say, it has the best animation of all time. There are also animated scenes where they throw out players into the lava after being voted out.

The Exciting Aspects of This Map

Just playing on this map for once is enough to give you a unique experience, which will make you play again and again. While playing in Polus, you will notice vents that appear as holes on the ground. This, in fact, leads to the lore of the crewmates whom the aliens infiltrate while they are on the planetary base.

Many players love Polus because it is a balanced map for both crewmates and imposters. Therefore, you can provide a buff to the imposters venting. Another great thing about Polus is that even though it is a large map, the gameplay is so interesting that you won’t feel bored or tired compared to The Airship.

Do you know MIRA HQ is actually the smallest mao in Among Us universe? In fact, the makers have set it high up in the Earth’s atmosphere. It is also the headquarters of the MIRA corporation.

Moreover, this map introduced the door log system, where players can access the log. It helps them to see which players used what doors. However, the lack of a security system complicates things for the crewmates. In fact, it is magnified to a great extent due to the smooth venting system, which connects all corners of the map and the door system.

You must know that an Oxygen task requires the crewmates to travel to two extreme corners of the map. However, if there is reactor sabotage, the crewmates have to go through the decontamination zone. This, in turn, slows them down extensively.

In simple words, MIRA HQ is not just the smallest map, but it also favors the imposters the most. With the lack of security cams, difficult sabotage, extravagant vent system, narrow, crooked hallways, this map shows that it is the best place for the imposters to hide the bodies.

As discussed above, The Airship is the latest addition to the Among Us map pool. In fact, presently, it has become the most popular one among the players. It is not just the most extensive map but also has the longest name among all maps. The makers added this map to the Among Us universe in March 2021.

Moreover, this map also has some new tasks, including jewel polishing, emptying trash, and similar tasks. In fact, The Airship is the only map that MIRA corporation does not own, and it has no visual tasks.

Significant Aspects of This Map

Even though this is the largest map and the latest one in the Among Us universe, however, it has failed to impress the audience as it had expected. The Airship has a lot of new stuff, with many new tasks, the moving platform that connects two parts of the map. At the same time, it connects with reworks of several iconic parts of previous maps.

Because of the massive size of the map, the gameplay becomes too monotonous for the players. This allows the imposters to kill the crewmates, and they can also hide anywhere in the landscape.

Also, the lack of visual tasks made the map less popular among the gamers. Even though visual tasks are often turned off in competitive lobbies, however, a complete lack of it was a major disappointment for the fans. Presently this map has 15 player lobbies, so it will help improve the Airship experience to a certain extent. However, we feel that the Airship gamers should develop Airship as a map so that the fans love it like The Skeld.

So as we conclude, we can say that the multiplayer game Among Us has become the most played game in the present generation. Especially in 2020, the year when the whole world was stuck within the four boundaries of their rooms or homes, this game provided them with little respite from the pandemic news. People could, in fact, escape for some time through the gameplay of the various maps.

You may also read: All Warzone Bunker Codes: Locations, Map