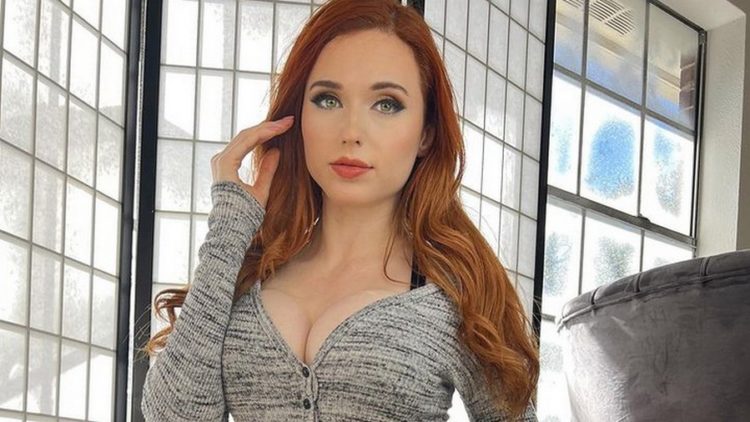 Are you a fan of the famous streamer Amouranth? She is known for her glamorous cosplay outfits and red hair. The controversial yet popular Twitch streamer Amouranth has shared with her fans about her work on the Twitch platform. It seems she has bought a gas station. She candidly discussed her finances with her fans on Twitter. Through a series of Tweets, she revealed her plans after she retires from Twitch. She shared the details of what will happen to her after leaving Twitch.

But she is not going to stop content creation completely. This is sad news for her fans but she has moved on. She has new plans for her future. Here you can find all the details of Amouranth and her retirement from Twitch.

Is Amouranth retiring from Twitch?

Amouranth will post on Youtube and Twitch as long as she is able to make money in it. She wrote on Twitter about it and said “I basically plan to grind it out as long and as hard as I can until either, it doesn’t make sense anymore, or at some point, the passive income > active income,”. For her, this makes sense because she can make maximum impact to accrue as much money as she can.

Also, she planned to buy an animal shelter to look after animals. She wants to save animals that need rehabilitation and those cruelly treated by people. Normally these kinds of organizations raise funds to support the shelter. But Amouranth planned to make money through her Twitch and Youtube accounts. In this way, she could take care of the animal shelter.

But recently Amouranth shared that she has bought a petrol station. These were her words on Twitter “Owning productive assets, good businesses, & investments is not truly “spending” money. It’s growing money,” and she added “Putting fallow capital to work so that eventually your money pulls the heavy load instead of your labor.”

Would be dumb to start and run the org with a budget expecting to raise money year over year JUST to keep the lights on.

At the scale I want to run it at, it would be irresponsible To just expect the support to always be there just because it’s there now.

As her social media accounts are not getting enough money she bought a petrol station that could generate $85,000 annually. Then she shared that she plans to sell it for a higher price and use some money from it to buy another one. Also, it seems she is eyeing more business opportunities. She plans to make money. The Twitch streamer sounded serious about the Amouranth adult toy range. So if any good plan comes, she will certainly grab it to make more money.

In some Tweets, Amouranth revealed that she has saved enough money from her career which gives her the freedom to not work again. According to some sources she has made millions of dollars through her Twitch streams alone. Also, she makes money from other sources too.

So Amouranth will use her saved money to invest in businesses that will yield her more profits. Then eventually she will open an animal shelter. In this way, she does not need donations from other people to take care of it.

At the moment Amouranth has two gas stations. It is a source of passive income for her. Till now Amouranth remains a popular streamer on Twitch. So it is highly unlikely for her to retire from Twitch soon. She will only leave the platform when she does not make enough money in it.

What is the Net Worth of Amouranth?

Amouranth’s networth is estimated to be $7 million a year.  She is one of the famous streamers who are part of the “hot-tub” Meta. She gained popularity during 2020. Currently, she is earning money in multiple ways. Through her Youtube account, she earns $100,000 per month. She is popular on adult platforms for her alluring videos and pictures.

Many times she has got banned from Twitch because of her content. Because of this, she has lost millions. Also, she is the owner of a children’s entertainment company through which she makes $1 million.

The Twitch streamer has appeared in Discovery Channel’s reality television series The Little Couple. One time she revealed that she makes a lot of money on Twitch and adult streaming platforms.

Amouranth is a popular streamer. When talking about her retirement from Twitch she revealed that she has enough money to live comfortably. This shows that the streamers like her are making a lot of money. They are making money through the content they post. Also, they make money through business dealings and contracts.

Also read: What Happened to Technoblade: Does Minecraft YouTuber Has Cancer?