Are Bruce Willis & Demi Moore Still Close? How The Reverend Failed To Recognize Them At Their Marriage 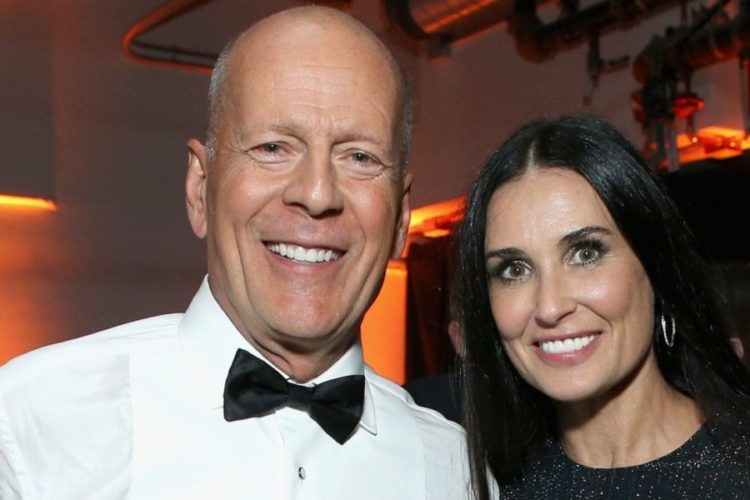 Often you might come across hilarious stories about famous celebrities’ lives. Well, one of the recent public incidents concerns the famous actors Bruce Willis and Demi Moore. Did you know the reverend who married them did not know who they were? Needless to say, they were two of the most famous people on Earth when they tied the knot in Las Vegas. As you know, Vegas is also very famous as the second home for countless Hollywood headliners.

Therefore, it was surprising that the reverend could not recognize them during their spur-of-the-moment nuptials. It might sound impossible; however, it is true. The power couple dated for a short time before they opted for marriage. So their marriage was indeed a high-profile event in Hollywood.

So would you like to know more about Bruce Willis and his wife, Demi Moore? Stay with us until the end, as we will share some relevant aspects of their luxurious lives. Let us have a look!

Even though these celebrities do not need a separate introduction, we will share some of the significant details about Bruce Willis and his wife, Demi Moore. First, let us begin with Bruce Willis before we talk about his wife.

As you know, Walter Bruce Willis is a retired American actor. He was born on March 19th, 1955, in Idar-Oberstein, West Germany. Therefore, he is currently 67 years old. His career began on the off-Broadway stage in the 1970s. However, he achieved fame with a leading role in the comedy-drama series Moonlighting (1985-1989). In fact, he appeared in over a hundred films, gaining widespread recognition as an action hero after his successful portrayal of John McClane in the Die Hard franchise.

The American actor has also won several prestigious awards for his spectacular performance in hit projects. He won an Emmy Award for Outstanding Lead Actor in a drama series and a Golden Globe Award for Best Actor. So you can well understand that Bruce Willis is one of the legendary actors in the Hollywood film industry.

Well, it is not just Bruce, but his wife is also one of the finest actors in Hollywood. She was born on November 11, 1962, in Roswell, New Mexico, in the United States. Therefore, she is currently 59 years old. So after her film debut in 1981, Moore appeared in the soap opera General Hospital (1982-1984). In fact, she gained widespread recognition as a member of the Brat Pack with roles in Blame It on Rio (1984) and several others.

However, she had her breakthrough by starring in Ghost (1990). It also became the highest-grossing film of that year. This also earned her a Golden Globe nomination.

If you are a fan of Demi Moore, you will know that she was engaged to actor Emilio Estevez when she met Willis at the premiere of his film Stakeout. It was in the summer of 1987. So the spark was instant between the couple. Therefore, she quickly ended her engagement with Estevez and started dating Bruce.

Even though the power couple did not initially make their relationship official, their fans often saw them together at parties. After dating for three months, they headed to Vegas to spend a holiday and came back as life partners. The couple had three children together. However, their marriage was not perfect; they never had many arguments publicly, according to the sources.

Did You Know The Reverend did Not Know Who Willis & Moore were at The Time of Their Marriage?

You might find it hard to believe; however, this is true. Willis and Moore dated only for three months before tying the knot in 1987. Therefore, a lot of people were unaware of their relationship. It was a massive pop culture moment. Their fans were finding it hard to believe that two of the most famous Hollywood actors who had just made their relationship public opted for marriage so soon.

Since many people did not know about their marriage, it was just another working day for the reverend who officiated the ceremony in the Vegas chapel. Reverend Charlotte Richards, who married thousands of couples, failed to recognize the famous pair. In an interview later, Richards said, “I didn’t even know who Bruce Willis and Demi Moore were.” So when she got back to the chapel, she turned the license in, and one of the girls made her realize whom she had just married.

Even though she had married celebrities before, this was one of the biggest ceremonies of her career. This Vegas wedding lasted longer than the sudden weddings there usually last.

Demi Moore was quite open about the circumstances that led to her divorce. She has openly discussed her frustrations regarding Bruce. In fact, she was also pretty clear about the fact that the two became closer after their divorce. We know that Willis was never interested in monogamy during that phase of his life.

Even though Moore wanted to become closer, their careers kept them apart from each other. This prevented them from forming a close bond that is present between a husband and wife. However, that was missing between the duo. Later on, Moore married actor and entrepreneur Aston Kutcher in 2005.

In fact, Willis was also a guest at their wedding and often meet-up with the couple and his children. So you can say there are no hard feelings and mud-slinging between the partners. They are still good friends. Moreover, in 2009, Willis also tied the knot for the second time with Emma Henning, and they are still together as of now.

You can often see both the stars uploading pictures with their present partners. So we understand that all of them are doing pretty well in their new lives.

So as we conclude, we can say that Bruce Willis and Demi Moore are two of the most famous actors in the Hollywood film industry. Therefore, it is natural that their lives will always be under the spotlight. So when they suddenly came back from Vegas as life partners, the topic became the talk of the town for many days. Even though both of them are no longer together, we rarely find ex-couples staying on good terms.

But this is the case with both Willis and Moore. They often meet up and share an amicable relationship with each other. At the same time, they share joint custody of their children.