Are Tiger Woods and Ex-wife Elin Nordegren Back Together? 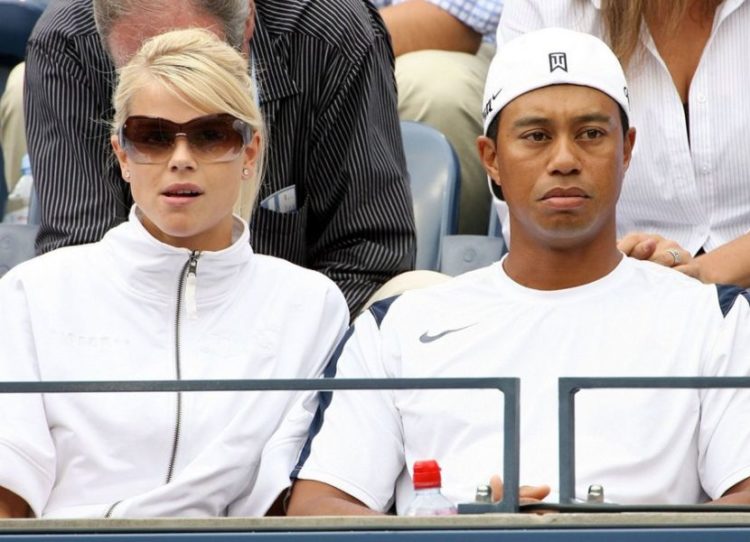 Tiger Woods is a popular personality so many want to know if he is back together with his ex-wife Elin Nordegren or not. Recently the news of them getting back is circulating the internet. It seems the golf legend wants to marry his ex-wife. But are they back together? What is their current relationship?

Each and every little thing happening in the life of Tiger Woods is important to his fans. They want him to get back with his wife and become a married man again. According to Fox Sports Australia Woods wants to remarry Nordegren and he is offering a huge chunk of change to get her back. Will his wish come true? Here find out all the details of Tiger Woods and Elin Nordegren.

What is the story behind Tiger Woods and Elin Nordegren?

Tiger Woods and Elin Nordegren were famous couples. The beginning of their relationship was sweet. They met in 2011 through golfer Jesper Parnevik. Nordegren was working as a nanny for Parnevik’s family. She was also a model.

After their marriage, the news of cheating scandals emerged. Woods was involved in a lot of affairs and many women came forward to talk about his indiscretions. Elin’s friend Sandra Sobieraj Westfall shared in a 2021 HBO documentary that “Elin told me that he didn’t make a great impression on her at first”. It seems Elin already had a bad opinion about celebrities. Also, Elin was a shy woman so she had no idea to join the world of popularity. But when Tiger Woods asked her out Elin turned him down at first. Gradually she convinced herself to give him a chance. So they went out.

In 2004 Elin Nordegren and Tiger Wood tied the knot. They welcomed their daughter Sam in 2007. Then they had a son Charlie in 2009. After the year of Charlie’s birth, several cheating incidents of Tiger Wood also came out in the open. He was in a relationship with Rachel Uchitel. At last, the marriage did not last. Tiger Wood and Elin Nordegren divorced in 2010.

The aftermath of divorce was very difficult for Nordegren and Woods. Nordegren felt terrible and she did not know how to go on. It seems she did not have any doubts about Woods cheating her. Only after the news resurfaced did she come to know about it. Woods also publicly revealed in an interview that their marriage crumbled because of him. He worked hard to get success so he started to think that he was entitled to enjoy the temptations around him.

How are Tiger Woods and Elin Nordegren now?

After the divorce Woods and Nordegren experienced tense situations. But today they are in a much better place. In February 2021 Tiger suffered a single-vehicle rollover car crash in California. But because of that he was able to see Elin often because of his kids. Nordegren is also accommodating because she lets Woods see his children. She is amazing in that way. After the crash, the family is often spending time together. Woods is recovering from the injury and has a lot of time to spend time with the kids. Today both Woods and Nordegren are wishing only the best for each other.

Does Tiger want to remarry his ex-wife?

Some reports are saying that Tiger has presented a ring to his ex-wife Nordegren last Christmas. Elin seems to be considering the proposal but she wants to sign a prenup this time. It is a $350 million anti-cheating clause. Tiger does not seem to become shocked at the demand but his accountants are saying that he has gone crazy. He is very ready to sign the prenup and plan the wedding date. This news is just a piece of rumour and we do not know if it is true or not. We have to wait to hear any official news from the couple.

Tiger Woods is currently dating Erica Herman. She is the former manager of the hotel Jupiter. In 2017 Woods started to date her and her name became public. She has met with the ex-wife of Woods and also his children. She understands that Woods and Nordegren are co-parenting their children. Therefore she is very secure in her relationship with Woods.

Nordegren is with the former NFL player Jordan Cameron. She also has a baby with him. This shows that Woods and Nordegren have moved on in their life. Their marriage life was hard to manage and its aftermath was horrible for both of them. But today they are in a safe and secure place.

What is their net worth?

After the divorce, Elin Nordegren invested her money in real estate. So she was able to earn money through her business. She then bought beachfront property in Florida worth $12 million. Then she renovated the house and sold it for more money. On the other hand, the networth of Tiger Woods is $800 million. He made money through his golf carer and also the endorsements.

Although Tiger Woods and Elin Nordegren are not going to get married again they are back as friends. No hard feelings are present anymore with the former couple.