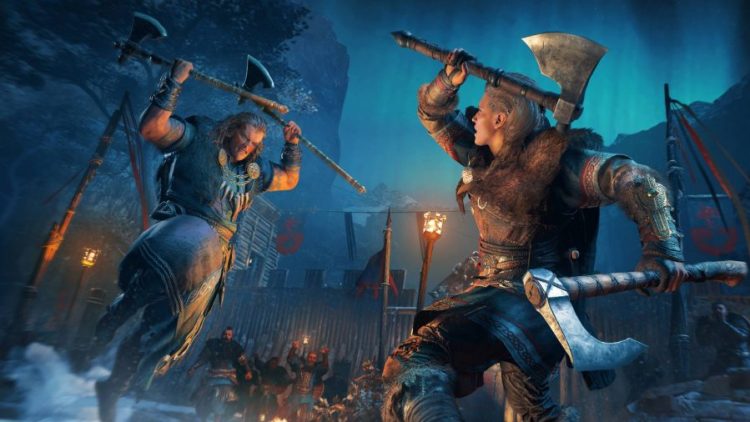 Assassin’s Creed Valhalla is a famous action role-playing video game made by Ubisoft Montreal and the publishers of the game are Ubisoft. It is the twelfth instalment in the game series. The game is set in the era 873 AD and is a fictional story about the Viking invasion in Britain. Moreover, the player has to take up the role of Eivor who is a Viking raider. He gets stuck in between the brotherhood of assassins and the Templar order. The game released on November 12 and received good reviews from the critics. It released in many popular consoles also. Here is the review of Assassin’s Creed Valhalla.

Valhalla followed the same open-world RPG like the Odyssey before it. But the developers added more stealth action modes to make this series more appealing. This game focuses more on Dark Ages of England and the atmosphere in the game is also an excellent recreation of this bygone era. But some users found lots of bugs in the game however there is many number of things to do in the game that covered all the negatives.

The story of Evior a playable character in the game is a Norse warrior. The player can choose the playable character to be a male or female according to their preference. The character grows with a revengeful heart because of a backstory. So the story starts where Evior and his brother Sigurd go on an adventure in England which is a land filled with wealth and glory. The characters settle in the land amidst the political factions living in four kingdoms Mercia, Northumbria, Wessex, and East Anglia.

The world is dark for the siblings in the game as everyone tries to gain power by outwitting the fellow man. They even kill to achieve their ends. This reminded many people of The Witcher 3.

The world of the game

The world in Valhalla is vast. There are many places to go and see. There are stunning visuals everywhere which are overwhelming. Many gamers played with Xbox Series X that offered them a great experience. The mountains in Norway and the skies in this console were exceptionable. But, when playing the game we could see the beauty as well as feel the tension in the surroundings as battles are happening. There are clashes between Norse, Danes, Saxons, Britons, Picts and more.

Then always there is an undercurrent of Assassins versus the Order of the Ancients. It is available in the old crypts and tombs found in the games. The organisation touches everything in the game.

The gamers feel that there has to be more customization and uniqueness in the gameplay. The novelty of the settlements started to lessen in the middle of the game. There ought to be more things in the game to make it interesting rather than trade and quest depot.

Many people found lots of bugs while playing the game. It disrupted the full-on enjoyable experience in the game. However, there are some amazing aspects to make it worthwhile to play.

Also read: Skull & Bones for PS4: Release Date, Gameplay, Trailer, and Everything About The Game