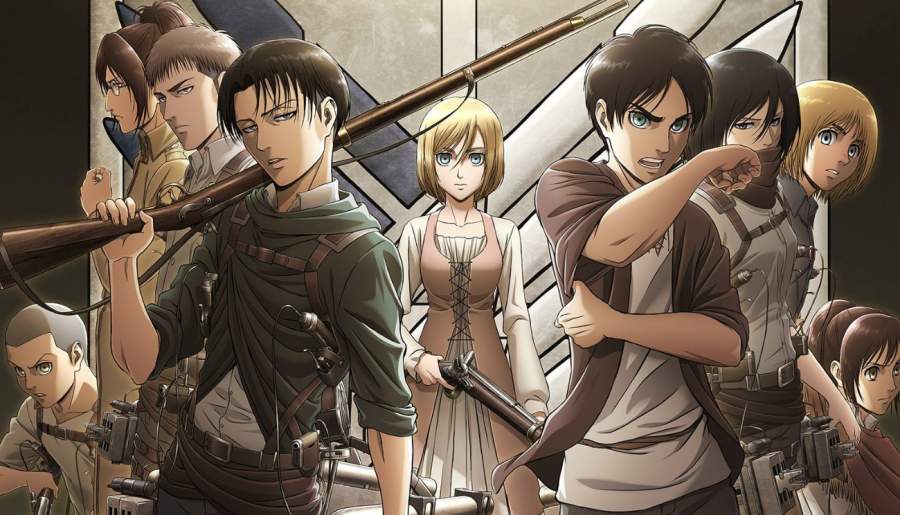 Attack on Titan TV series is a popular anime adapted from the original manga series. The TV series has spanned four seasons. The fourth season is the final season of the series which is going to culminate in a great ending. The fans saw the four episodes in season 4 and waited for the huge basement reveal. Then in the “From One Hand to Another” end credits scene, they got the clue to the identity of a person. Know all the details of Attack on Titan Season 4 Episode 4 here.

What is the plot of Attack on Titans?

The plot of the series takes place in a place surrounded by three walls. Humans live inside the walls split by nations. Then we get to see what lies beyond the walls and its secrets. The main protagonist of the series is Eren Yeager who is a resident of the town called Shiganshina. The three circular walls protect the residents from Titans who have killed humans one hundred years before the main story. But in the year 845, the walls get breached by two new kinds of Titans called Colossal and the Armoured.

Many Titans enter the outer cities and eat the residents. Eren watches a Titan devouring his mother. Then he swears to put an end to the Titans and joins the military with his childhood friends. The names of his friends are Mikasa Ackermann and Armin Arlert.

The narrative of the final season of Attack on Titan is developing in intensity. There is a scene in the fourth episode where Willy Tybur and Theo Magath observe the statue of Helos. He is a famous Marleyan hero and a motivational figure of the nation. Tybur passes admirable comments about the statue however Magath says that it is hollow and empty.

Marley thinks that its future is secure and it can easily take over Eldia. But these empty beliefs show that they need a new hero. It is a nation with a history full of lies and false promises. Marley has learnt to get comfortable with the lies because they think that it is far less tragic than facing the reality. The nation is now getting ready to come from the shadow but they fear the unknown.

There is a person in Marley who is ready to take resolve and change everything. So the episode “From One Hand to Another” depicts the theme of finding the voice. The episode was slow then its previous ones however its cliff hanger was interesting.

A character called Kruger gets introduced in the last scene. He is the one who acted as a sounding board for Falco when he was in warrior training. The episode has shown us enough of Kruger for the fans to find out who he is. It is none other than Eren Jaeger.

Eren’s disguise as Kruger is a plan he has made which is similar to the one Reiner made to infiltrate Wall Maria. He did this by hiding from the enemy but also working along with them. The big reveal of Eren came as a surprise as Marley is now ready for the coming of a powerful Tybur family. The character Willy Tybur and his family members are the ones who control Marley. They have planned to use the Liberio Festival as a cover to scheme against Eldia and Titans.

The season four episodes have given the fans to know more about the inner workings of Marley. The history behind the Marley and Eldia nations and the people in it are the main parts of the season. The debate between two characters offered us a great source of information about the political scenario of the nation.

The Attack on Titan is nearing its end and the fans are expecting a satisfactory ending. We hope the creators have a great ending to impress us.