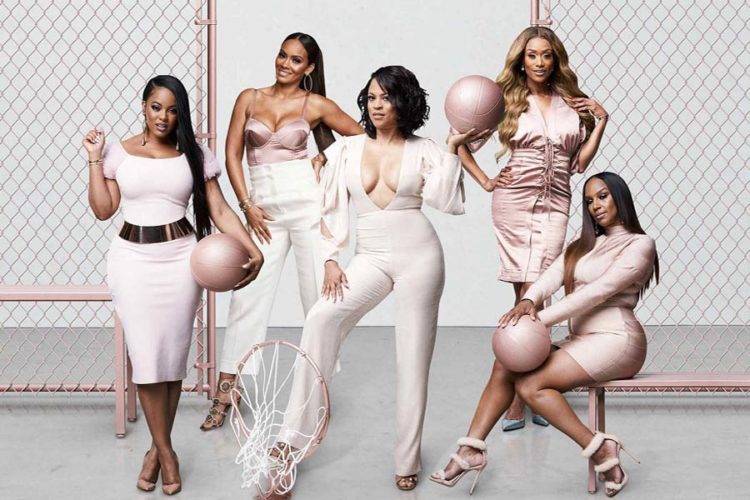 We love to watch basketball players. But their girlfriend and wives are even more fun to watch in the Basketball Wives series. The tenth season of this popular show is going to get released. Are you excited? Then know all about it here.

The first season of Basketball Wives premiered on April 11, 2010. Then it ran for eight weeks and each episode was 30 minutes long. Some of the interesting Basketball Wives cast members of this season were Jennifer Williams, wife of Eric Williams, Mesha O’Neal, wife of Jermaine O’Neal, Faith Rein, Udonis Haslem’s girlfriend and more. Then throughout the seasons, the cast got replaced many times. Continue reading to know more about it.

What happens in Basketball Wives?

Basketball Wives is a reality show that revolves around a group of women who are girlfriends or wives of famous basketball players. Their daily lives, interactions, work and other activities are shown in the series. Also, the women try to juggle their professional, personal and social lives. They show the world how enjoyable it is to be the wife of a basketball player and also how challenging it can be at times. But the women embrace both the positives and negatives of life.

The viewers can expect a lot of drama and entertainment from the series. That is why it spanned over nine seasons. Further, the popularity of the series reached great heights because Ogom “OG” Chijindu and Evelyn Lozada stirred the drama. So the future of the series is going to be even greater because of them. The fans are eager for the tenth season because of the fantastic Basketball Wives cast members.

The 9th season of Basketball Wives was released on February 9, 2021 in the VH1 channel. It had seven episodes and each of them ran for forty-four minutes. We are waiting for the 10th season release date but currently, there is no official news from the channel. But if the series gets recommissioned we can expect it to release in early 2022.

What happened in Basketball Wives season 9?

There is a lot of criticism about the series for its favouritism and partiality. Many viewers have called it out after identifying some hypocrisy in the series. Therefore many think that the series may get discontinued. Some fans are tired of watching the troubled relationships of wives and girlfriends. But many want the creators to continue the series. So we have to wait till we get official information from the creators.

In the ninth season, the feud between OG and Evelyn turned into an ugly fiasco. Evelyn insulted her on social media by calling her ugly and using monkey emojis. But many cast members supported her and accused OG of being aggressive. This shocked the viewers.

Further, Evelyn justified herself in an interview by saying that she does not use the monkey emoji to insult OG. Then she cried and revealed that she and her children are getting death threats. But the viewers are not satisfied with her explanation.

Many long-time viewers of Basketball Wives will remember that in 2018 Evelyn used a racist remark towards CeCe Gutierrez. Then for that action, she publicly apologised. Many viewers thought that season 9 will solve all the problems but this season too contained a lot of issues. Therefore many people have a lot of expectations for the tenth season of Basketball Wives.

What are the expectations for season 10?

The producers of the series are expecting Jackie Christie and Malaysia Pargo to grab the attention of the fans. But some fans want the producers to bring a new set of cast members. Even Though the controversy of season 9 has not been handled properly the fans are eager for season 10. Many things have to be discussed before season 10 starts.

Who will be the cast of Basketball Wives season 10?

The main cast members of the Basketball Wives season 9 were Jennifer Williams, Shaunie O’Neal, Evelyn Lozada, Malaysia Pargo, and Jackie Christie. So we can expect them in Basketball Wives season 10 too because they are important members. They are the pillars of the series. Some of the recurring cast members are Ogom “OG” Chijindu, Feby Torres, Kristen Scott, Nia Dorsey, Liza Morales, Noria Dorsey and more.

After the public feud between Ogom “OG” Chijindu and Evelyn Lozada, the viewers are asking to get Evelyn removed from the show. Also many want Shaunie O’Neal to be less biased in the future as she is always showing partiality to some cast members.

Many viewers of the series have doubts regarding the dramatic incidents in the series. Many times the show got caught in controversies because of the drama. But viewers love the show for the daily entertainment it offers. Some viewers feel that few incidents in the series are scripted by the producers and acted by the cast to entertain the audience. They make it look as realistic as possible. But some ageist remarks, racist’s remarks and other actions seem to be too scripted to be real and spontaneous.

Sometimes the wives or girlfriends of the basketball players reveal sensitive information in the series to make it worthwhile for the audience to watch. This also seems too dramatic. That is why many accuse the series of being scripted.

The series often reveals the infidelity of the couples that lead to their breakup. Some former girlfriends or wives of the basketball players appear in the show to make it more interesting. Hence that is why many viewers prefer to watch the show.

But many cast members have become close friends over the years because of the series. Their friendships seem real as they support each other in their issues. For instance, Shaunie O’Neal and Evelyn Lozada are friends for many years. Also, they spend a lot of time together behind the screens too.

But the cast members such as Tami Roman feel that this reality show has ruined friendships and relationships too. It becomes tough for the cast members in the series for they do not know whom to trust as their personal lives become public. In an interview NBA player, Matt Barnes revealed that being part of the show was the biggest mistake of his life. He shared that the series is scripted and it only showed the negative, fantasy and untrue versions of their lives.

Basketball Wives season 10 may release if the producers plan it to happen soon. Many fans are ready to watch the show if there is less drama and more positive entertainment.