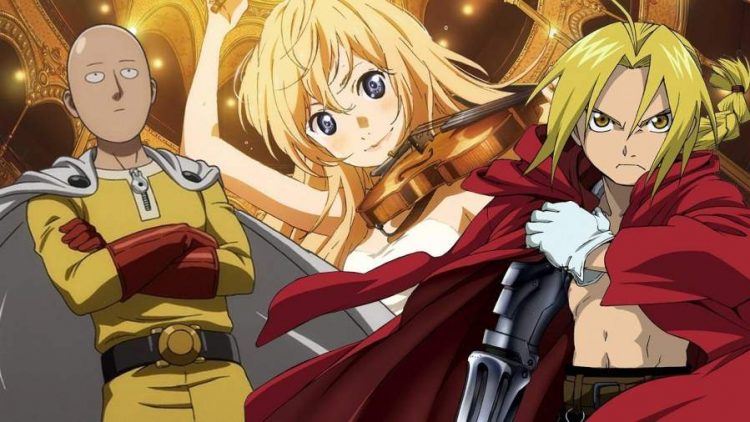 Many anime series have become the trending series on Netflix. The gripping stories and intense characters in the anime have captured the arts of many people all over the world. The anime fans are able to connect with the anime and learn many life lessons too. As of February 2021 there are lots of excellent anime for the viewers to watch on Netflix. Have a look at the list here.

Food always takes centre stage in anime. Many characters’ cook food or else eat delicious food that makes the viewer’s mouth water. This anime titled Food Wars! is completely dedicated to food. The story of the anime is about a young and skilled chef named Souma. He works with his father at a small eatery in Japan. But then he gets an opportunity to join a culinary academy with the best chefs in the world. This begins his glorious journey where he learns many things about cooking and life.

This anime is a psychological thriller of a young boy named Satoru. He gets an uncontrollable power to time travel whenever some terrible thing happens near him. Then he encounters a serial killer from his childhood so he goes back in time to his childhood to find him. This is an interesting anime.

This is one of the popular anime in the world. It has a lot of episodes which you can binge-watch. The story is about a boy named Monkey D. Luffy who aspires to become a great pirate. He travels in his ship and his team to find the “One Piece” treasure and become the Pirate King. Along the way, he meets with many people who become his friends and some of his enemies.

This anime takes us to the castle of the Dracula and its many horrors. The third season of the series released in Netflix and has become a great hit. This is the best anime for people who like mystery and science fiction.

This is also one of the popular anime series on Netflix. This is similar to transformers where people fight with giant robots to save mankind. It is hard to understand the anime at first but you will get a hang of it as you see it.

A boy named Shinichi Izumi gets infected with a parasite. He tries to live with the parasite in his body to save the people and the world from its dangers.

As the famous Titan saga is going to end, many fans of the series are rewatching it to understand the little nuances they have lost. But if you have not watched it, start watching it now. Attack on Titans is the story of humans living inside the huge walls as protection from giant man-eating Titans. The protagonists of the series join forces to put an end to Titans and also the inequality in the human colonies.

These are the best anime series on Netflix you can watch anytime. Make your February enjoyable by watching the series back to back.