Bettie Page: Her Experiences with Glamour, Violence and Rebirth in Life 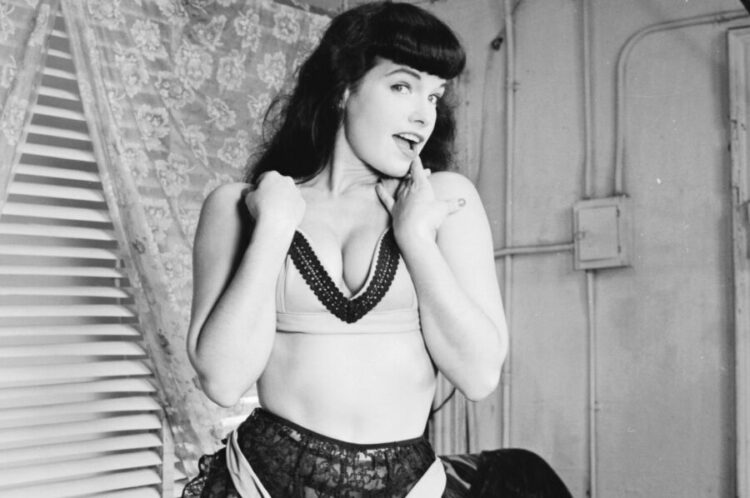 Bettie page is a pinup girl who enjoyed popularity in the early stages of her career. From a glamorous to tragedy her life took some unusual turns. After working many years as a model she disappears from the limelight in 1957. Her life after modelling is mysterious and scandalous. Bettie page is the iconic model of the 20th century. In the ’50s her modelling photos did a huge amount of money. Her path from a successful supermodel to violent controversies is tragic.

Let us get to know more about Bettie Page and her life journey.

Bettie Page enters the world of the spotlight unusually. She starts from scratch to enter the glamour world. Bettie Page a homecoming queen gets an offer to work in a Hollywood movie. Her ticket to enter the media world is when her producers say her to do a bold scene. However, she rejects the offer by the top producers but still manages to earn her stardom through modelling.

The breakthrough opportunity for Bettie Page is by beatnik photographers who help her to gain popularity with unique photo shoots. Bettie Page in bondage costumes was an ultimate success. She did these photo shoots from 1949 to 1957 this not only makes her more popular but gets the attention of a senator.

Due to this exposing picture, the US senator sues Bettie Page claiming her photos as pornographic. This scandal scatters Bettie’s entire career and she decides to stay away from the spotlight. The troubles and misery in Bettie’s life start from here let us see where it leads to.

The disturbing past of Bettie Page

Born in 1923 Bettie Page is from Kingsport Tennessee. He is the second child of six children in her family. She did not have an easy life due to her father’s financial problems and war. Bettie’s father a mechanic could not pay his bills. At the same time, her parents get their divorce and send Bettie and her two sisters to the orphanage.

When she comes back from the orphanage to Nashville a terrible thing happened in her life. Her father molests Bettie when she returns to her home. She gets over this tragic incident and joins a high school in the same place. In this school, she emerges as the homecoming queen and ends up marrying her high school sweetheart Billy Neal.

After marriage Bettie gets many chances to model. She turns off most of the offers to be loyal to her partner. Most of her opportunities involve intimacy and exposing shoots. However, in 1947 Bettie page divorces her husband when new opportunities knock the door.

When arriving in New York City, the life of Bettie Page changes overnight. Tibbs is the man behind this ultimate change in his life. In 1949 Tibbs sees Bettie and consoles her to join his photo shoots on long beach. He also insists Bettie pose for a naked photo for his camera shoots. From this photo shoot onward Bettie features in Top magazines.

Wink and Flirt magazine hire her as their cover model. However, Bettie Page’s feature in Playboy magazine takes her career to the top level. Pinup King Photo shoots did have a lot of fan following. It features models with exposing photos.

Soon the photo shoots of Bettie get published in many places that go viral across the country. This negative influence of Bettie’s photographs was later reported as degrading by a senator.

An investigation that shatters the glamorous career of Bettie

Juvenile delinquency starts to investigate how degrading influence Bettie’s photo has on these youth. The photo of Bettie’s page becomes an object of many controversies. During this investigation, a man accuses Bettie’s photo shooter of being responsible for his son’s suicide.

In 1955 when everyone wanted to know Bettie’s reaction to this scandal her close friends spills some details. He says about it is the only time he has seen Bettie very upset in her life. It is tragic for her to hear that a teen suicide because of her. Kenneth as a son who suicides copies the pose of Bettie’s page on her photo shoot. This breaks Bettie this makes her decision to leave the town.

The life hiding from the glamour and the spotlight

After the huge photo shoot, scandal Bettie’s page runs away to Florida t start her new life. In Florida, she joins a Baptists church and copes with her past tragedies well. Soon, Bettie page also marries a man but it did not last long so she divorces soon. After this, she also remarries for the third time. With her marriage to Harry Lear, all the tragedies of Bettie start to affect her.

She becomes mentally unstable due to all the things she bears in her life. With rage and instability, she runs to a church retreat with a 22-caliber gun. Plus, she points the trigger to her husband and children. At this time she goes into mental help institution and is also supervised so she to not commit suicide.

The rebirth in Bettie Page’s life after surviving the worse

The problems did become worse in Bettie’s life due to her mental health. After returning from the mental institute she has a verbal fight with the landlady. This fight turns into an ugly crime when Bettie brutally attacks the landlady. According to the report, Bettie cuts off the landlady’s finger and also cuts the woman from her mouth to ear. However, during the trial, she gets 10 years in prison time as it was a case of insanity.

During the jail time, she also got help from California mental hospital. However, there was still hope for Bettie when David Stevens got the inspiration for her story. Bettie starts to receive royalties from his comic books. Also, due to this popularity, she ends up in a show rich and famous.

After surviving worse and more tragic events Bettie gets to see some good in her life through this popularity. In 2008 Bettie Page dies a natural death due to a heart attack. The life of Bettie page is filled with glamour, success, tragedy and violence. Even though, there are many upsetting things in Bettie’s page life many remember her as an iconic model.

Also read: Maria Victoria Henao: The Life Story of The Wife of A Drug Cartel Owner