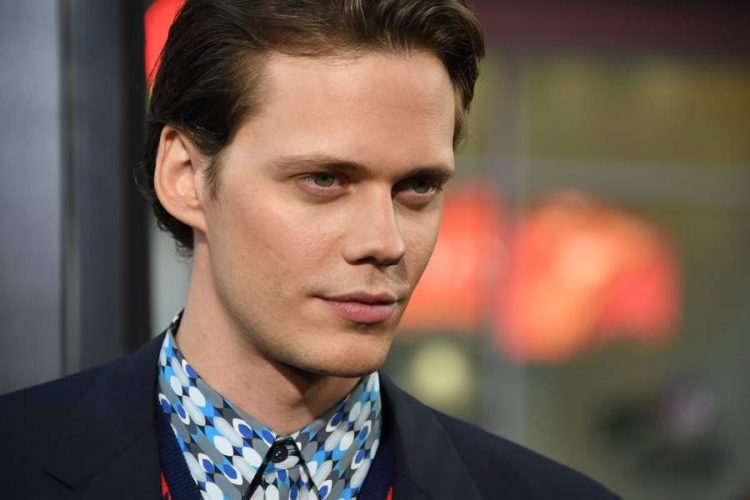 Bill Istvan Günther Skarsgård is a well know Swedish actor. He became famous for his acting in the It chapter one and two. He played the role of Pennywise the clown in the films. Then he got the chance to act in many other films as well. The actor is twenty-nine years old now. He has played roles in thrilling horror movies and from the year 1999 has been a part of many films under the genre. Know about Bill Skarsgård biography here.

The birth date of Skarsgård is 9 August 1990 and his birthplace is Vällingby, Sweden. His father is Stellan Skarsgård who is an actor himself. He was part of many excellent films such as Pirates of the Caribbean and Mamma Mia.  His mother is a doctor and her name is My Skarsgård. Other than him his parents have seven children. Some of his siblings are also actors. So he comes from a large family of actors. His brothers were part of some signature films.

Bill Skarsgård as a child acted in a Swedish film called White Water Fury. Then he acted in film Arn—The Kingdom at Road’s End. In the year 2011, he got nominated for Guldbagge Award for his role in Simple Simon. When he turned twenty-one he received Shooting Stars Award for his excellent acting talents. In 2013 he was part of the Netflix series named Hemlock Grove. He played as Mathew in the film Allegiant which is a part of the Divergent series. This film was his first American film.

Then he got the chance to play as the Pennywise Clown a supernatural creature that preys on little children. For the portrayal of this character, he received good responses from the fans and critics. Many got terrified of the creature and it led to a lot of Cosplays in social media. He also became part of the series called Castle Rock. Recently, he acted in the film Deadpool 2 as Zeitgeist. The actor also played a lead role in Atomic Blonde alongside Charlize Theron. Some of his films going to release in the future are Castle Rock and Assassination Nation.

Skarsgård is dating a Swedish actress named Alida Morberg. They had a baby daughter in 2018. She is five years older than him and like him comes from a family of great actors.  There is not much information about their personal life.

The net worth of Bill Skarsgård

The net worth of the actor is $5 million. He received a lot of money for his role Pennywise the clown. The IT film was a big-budget film and ran well in the box office and Bill Skarsgård received a lump sum for its success. He also got featured in the magazine Hero for men’s fashion. For the issue, he got interviewed by his father.

Bill Skarsgård plays in many horror films however his real nature is quiet and calm. He does not prefer to stay always in the limelight. He has a great relationship with his family. The actor is well known for his excellent acting and has promising future projects.