Blood of Zeus Anime Coming to Netflix –Release Date, Trailer, Plot and All We Know So Far 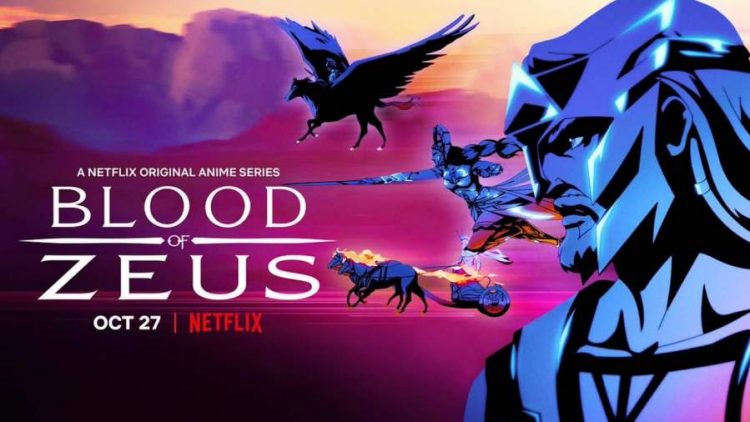 Blood of Zeus is another anime series set to release on Netflix soon. At first, the title of the series was Gods & Heroes. The creator of the series is Charley and Vlas Parlapanides and the producer is Powerhouse Animation Studios. You can expect fantasy, adventure and action in the series and it is going to be great. The series will narrate the events of Greek Mythology’s Gods and Goddesses. If you have an interest in it then this anime will excite you. Know all the details about Blood of Zeus Anime release date, plot and cast details here.

The release date set for Blood of Zeus is on October 27, 2020. The trailer of the series also has released revealing few details of the plot. So have a look at it. The synopsis of the series describes the war between Gods and Goddesses of Olympus and the Titans that are against them. We can also see some events in Greek Mythology.

The trailer consisted of more of hand-drawn characters with mention of war and some peek into the characters. So stay tuned for it.

What is the plotline of Blood of Zeus?

The series is about the Greek God Zeus who is the leader of the Gods and Goddesses in Olympus. Zeus illegitimate son called Heron finds about his origins and joins the war. He wants to save heaven and earth from the Titans that are growing powerful each day. He joins forces with the other Gods and Demi-Gods and ultimately meets his father Zeus. Heron only has the power to stop the war that can destroy many lives.

The Pantheon of Gods and Goddesses in Olympus are going to wage war with the Titans who are strong and mighty. One of the illegitimate sons of Zeus named Heron will find his destiny and try to help the side he considers right. However, he faces lots of dangers because of his origins as he may have inherited power because of his father Zeus. The battle is going to be legendary as Titans are plotting to reign over Mount Olympus once again.

Derek Phillips is going to play as Heron the illegitimate son of the great God Zeus. Jason O’Mara is going to voice as Zeus the head of the Gods and Goddesses in Greek mythology. Moreover, Claudia Christian is going to voice Hera the Greek Goddess and the wife of Zeus. Elias Toufexis is going to act as Seraphim and then Mamie Gummer will voice Electra.

Chris Diamantopoulos is going to voice Evios and Jessica Henwick will voice Alexia. The character of other Greek characters such as Ariana, Hermes, Kofi and Apollo is going to get voiced by actors like Melina Kanakaredes, Matthew Mercer, Adetokumboh M’Cormack, and Adam Croasdell.