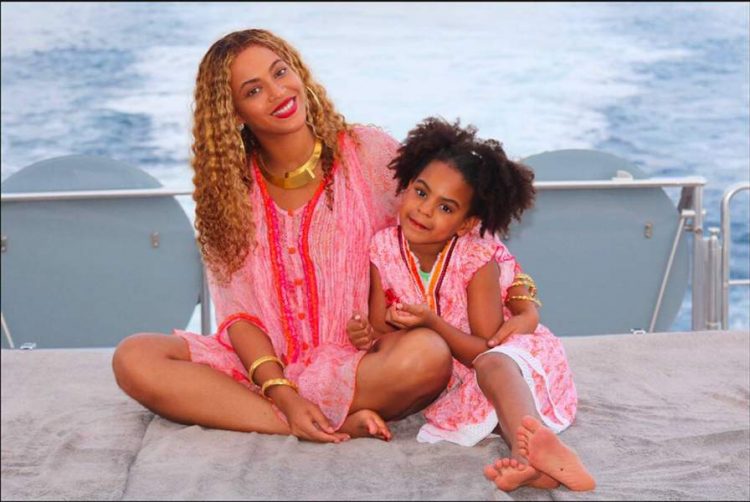 Blue Ivy Carter is a popular American singer. She is only eight but famous for her talents, attitude, and fashion. She is the youngest winner of the BET Award. Her mother is none other than Beyonce and Blue Ivy collaborated with her mother for the single “Brown Skin Girl”. From her young age, she is in the spotlight because of her parents Beyoncé and Jay Z. Many people impersonate her because of her popularity.

The birth date of Blue Ivy is January 7, 2012, and her birthplace is New York City, U.S.  She came into the world at Lenox Hill Hospital. She was one of the world’s most popular babies because many people awaited the birth of Beyonce’s daughter. The names of her grandparents are Tina Knowles and Mathew Knowles. Princess of Pop is the name given to Blue Ivy by her fans. When she was two days old she appeared in her father’s “Glory”. In 2012 she became the honorary citizen of the town named Hvar, Croatia. This was the place where Beyonce got the idea to name her Blue Ivy.

In 2018 Blue Ivy Carter went to MTV Video Music Awards with her father. She is attending The Center for Early Education a private school located in Los Angeles.

Blue Ivy has appeared in the Twitter posts of Megan Thee Stallion with her mother Beyonce. It received a lot of views. In 2020 Carter performed the track “Brown Skin Girl” with her father. This got her many awards and accolades. She is the youngest contestant to get a BET Award. Page six and OK!  frequently releases pictures of Carter whenever she attends an event or show.

Blue Ivy is a popular personality and that is why she is a subject of parody and impersonation. She is also a popular fashion icon. She has set a trend for young kids in fashion. The unique name of Blue Ivy also created quite a stir on social media. Many people wanted to know the source of the name and it became one of the popular names of the year. Her parents are trying to trademark her name.

The net worth of Blue Ivy

The net worth estimate of Blue Ivy is $1 million. On her birthday she got the gift of a Barbie and its outfit had real diamonds worth $80,000. It was an expensive party that cost her parents $200,000. She wore a custom dress and donned an excellent headdress inspired by Lion King. So Blue Ivy Carter is surely living a luxurious life. Her parents dote on her and her siblings and want to make their children’s lives perfect in every way.

Blue Ivy is one of the popular celebrity kids. We can see the photos of her in her mother’s Instagram account.