Blue People of Kentucky: The Intriguing Details About Fugates Family with Blue Skin 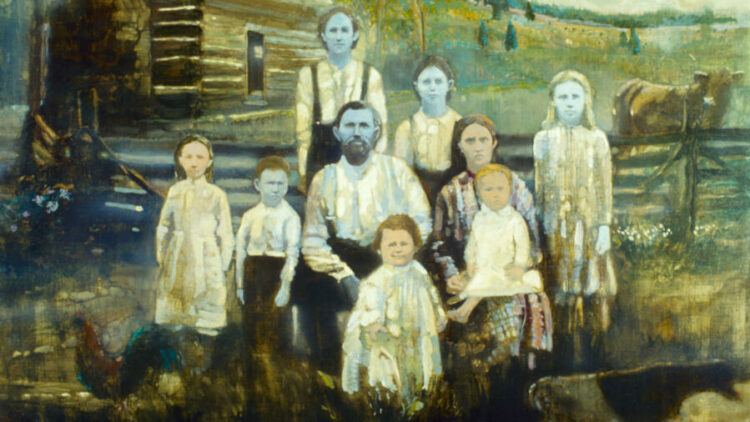 Blue people of Kentucky have all existed for over 200 years now. Due to a unique condition, the Fugates family members have blue skin. Benjamin Benji Stacy born on 1975, is the famous Blue baby of Kentucky.

Doctors were shocked to witness an infant with dark blue skin. Without any delay, the doctors thought to send the dark blue infant to Kentucky medical centre. At that time, they thought that the baby is an alien.

At the Kentucky University of the Medical Centre, the researchers did not know why the baby’s skin is blue. The medical center receives a call from the baby’s grandmother. She asked the researchers if they had ever heard about the Blue Fugates family.

Further, the baby Stacy’s father also explains to the doctors that they belong to a family line where people have blue skin. Now let us see more about the intriguing details of the blue people of Kentucky.

The birth of Stacy, the infant with blue skin, is a happy occasion for the Fugates family. Even though their bloodline carries blue skin features, it was many years since a blue infant was born.

After a long line of Fugates, she was the latest infant with blue skin. However, the origin of Fugates started back in 1820. Martin Fugate is a French Orphan who settled in Troublesome Creek in Kentucky.

He is the first Fugate of the United States. Martin met Elizabeth a pale and white woman at Mount Laurel, and the couple also married each other. Due to some unknown reason, the unique gene of both the couple led to the birth of seven children, and 4 were born with blue skin. No one in Kentucky knew about the family and children with Blue skin, as there were no proper roads to the city.

Dennis Stacy a member of the Fugates family talks about how intermarriage was common at that time. Further, The Fugates married people of their bloodline and gave birth to more children with blue skin. Due to this reason, the blue skin gene did not leave the family and Stacy the infant was also born with the same unique feature.

Fugates are ordinary humans similar to the people of that region but in a different colour. Over the years, people in troublesome creek accept Blue people of Kentucky families. However, in the 1960s some Fugates thought that having blue skin was a disease. So they thought to seek medical help. Madison Cawein, a hematologist at Kentucky University, thought to help the Fugates. Cawein says how embarrassed the Fugates were when they approached him.

Patrick and Rachel are the Fugates hiding in the waiting room hall. The blue skin colour bothered them so much. The researcher used his studies of the Alaskan Eskimo population to find a solution to their problem.

Cawein could conclude his research by saying that the Fugates family carried a rare blood condition that causes a high amount of methemoglobin in the blood. Let us see more about Blue People and this condition and why it runs in the long family line of Fugates.

The reason why blue skin condition runs in the Fugates family

For every Human, Hemoglobin runs throughout the body, carrying protein and oxygen. On the other hand, Methoglobin is a blue version of Hemoglobin that remains non-functional for many humans.

Some Caucasians have a pink tint colour to their skin due to the Hemoglobin. However, the gene of Fugates is unique due to excessive Methoglobin. It is responsible for their blue skin colour.

Further, both the parents of this family have the recessive gene. Due to this, all their offspring have a blue skin colour. This condition is extremely rare. However, the isolation of the Fugates family resulted in interbreeding. It is the main reason for several babies are born with blue skin colour. If not for interbreeding, this blue skin gene may not have passed to other infants.

During his research Cawein also came up with an intelligent cure for this condition. What he believed to cure this condition was using something blue. This means that turning Methoglobin into Hemoglobin is possible by using Methylene blue dye.

He created a specialized dye for the Fugates. The primary test was to ingest the dye. When the Fugates ingested blue dye, to their surprise, the blue skin colour disappeared. Cawein’s cure was successful, as their skin turned pink. They looked like ordinary people in the Kentucky region. However, to maintain a normal skin colour the Fugates had to take pills often.

When Stacy the infant was born in 1975, it was surprising to the world to see a baby in blue colour. However, it did not take the Fugates family by surprise. For over 200 decades, the family has seen blue colour babies.

However, the birth of Stacy was indeed special to them as after Luna the grandmother no children inherited this colour. After several years, a baby with Blue skin was again born in the Fugates family line.

However, an interesting fact about Stacy the infant is that his skin colour changed from blue to normal a few days after birth. Due to his parent’s genes, he developed blue skin colour.

At seven years of age, his blue colour skin completely faded, and he developed the colour of a normal human. Further, Luna, his grandmother, had this unique skin condition which he also inherited it. The Fugates family shares that Luna, the grandmother was bluish all over her body.

Local nurse Carrie Lee who was present at the birth of Luna says that she is the bluest girl baby ever. Even her lips were in dark blue colour that looked like a bruise. Even though, Fugates do not have blue skin colour condition in their gene like their ancestors, the family line still has a tint of blue colouring. The colour of the skin turns bluish for the family members when they are angry. However, the Fugates family is still popular for their legacy of blue skin colour.

Also read: Where is JFK’s Brain? Is it Missing, Stolen or Replaced