Call of Duty: Warzone Season 5 update, Trails and All We Know So Far 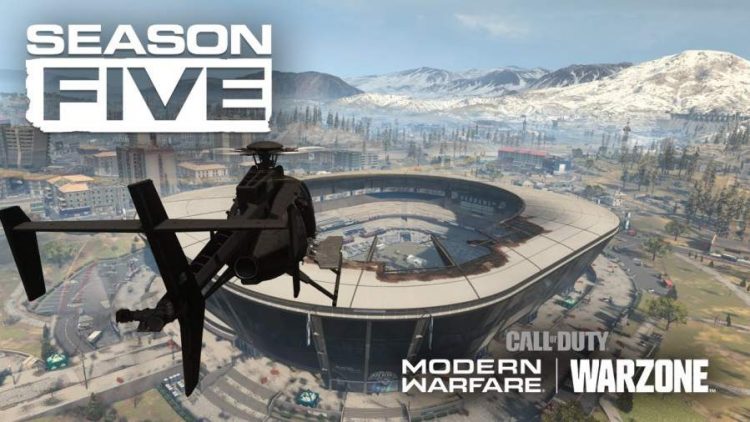 Call of Duty is a popular first-person shooting game played by many game fanatics all over the world. The games got developed by many developers over the years such as Infinity Ward, Treyarch, and Sledgehammer Games. The publisher of the game is Activision. It first got released in 2003 and had a World II setting. The Call of Duty: Warzone is going to join in the great game series of Call of Duty. It will release with the Games of Summer event. Know more about it here.

When did the Games of Summer begin?

There is a lot of new content available in the game. The Call of Duty: Warzone Season 5 comes with the title Reloaded. The special update for the game will be part of the Games of Summer event that will happen from August 28 until September 7. The event will also contain special trails and the players can play the game for the countries they represent.

Call of Duty: Warzone Season 5 will consist of new changes in the Verdansk map. The big change of all is the destruction of the stadium by a new faction. The players have to make a landing in the stadium and attack the enemies at this location. This is a hot-drop location in the video game. The players can also land on the Train Station and loot the North-east wing.

Another modification is the moving train. The BR Map now contains a map where the train goes around the map. The players can easily land on the train and loot the things on it. But the players have to be careful because the train is unstoppable. If the player lands in front of the train then it will push them and the vehicle away ending only in death.

A lot of points are present on the map now to scale long buildings quickly. The players can effectively challenge the opponents who are residing in the rooftops. This will also make the gameplay simple.

There is also a big change in the Gulag. The players will get new kind of weapons each week. The ground loot on the warzone map got updated so the players can loot lots of weapons every week. In the Warzone a new BR mode is also made available titled ‘Mini Royale’.

What are the trails?

There are five trails added in the game. There are basic run and gun gameplay to shooting ranges. Risky Parlour is the first trail of the game. In this trial, the player has to finish the course as quickly as possible. They also have to be wary of toxic gas in the ground. The name of the second trail is Marksman Challenge. The players have to shoot the targets.

Price’s Alley is the third trail of the game and here the players have to shoot a lot of enemy targets using Renetti handgun. Then the fourth trail is the Gun Course run and gun course. They must do not shoot the civilians but only the enemies. The last trail is Summer Shooting Range. Here the players have to use the gun to shoot the target. But they also have to save the ammo.

Call of Duty: Warzone Season 5 is a great way to enjoy. Many excellent players of the game are showing their skills in the event.