Chase Claypool Speaks Up Against The Criticisms 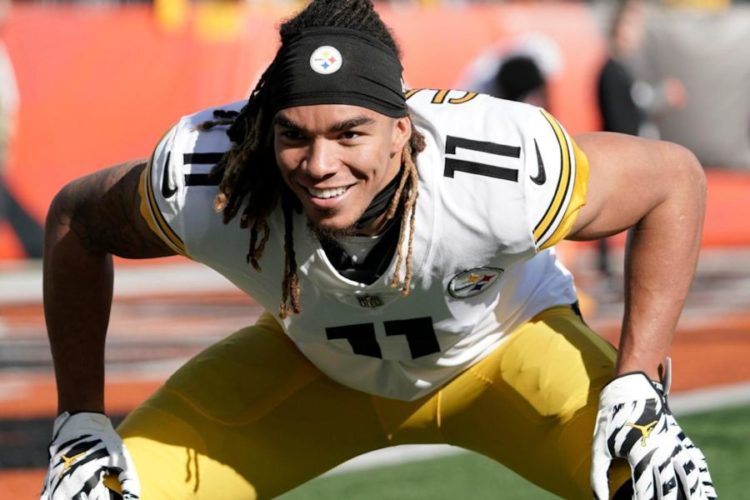 The world of sports is full of ups and downs. When sportspersons perform well in one season, the fans and critics shower praise on them. Various newspapers and media houses cover their interview. But as soon as their forms dip or they display any ‘problematic’ behavior, the fans and critics instantly throw them out of favor. The same fans who praised him earlier would then criticize then violently. The newspapers and media houses would then try to suggest reasons for their removal from their respective teams. So, we already know about Chase Claypool, right? Let’s keep reading.

American professional football, being a highly competitive league shows no exception to this common tendency. This particular sport has a huge fan base. In fact, various big media houses cover the games. Thus, a slight slip from the form or any behavioral lapse might see players being washed away by criticism. Similar has been the case with Chase Claypool.

Fans and critics put his work ethic under question marks in the 2021 season. The Pittsburgh Steelers wide receiver was also heavily criticized by the NFL world for celebrating a catch in the dying seconds of a crucial match. In fact, Ryan Clerk went to the extent of commenting that Claypool is “mentally and emotionally underdeveloped.”

Recently, Chase Claypool opened up against the criticisms about his work ethic. He also responded to the assumptions about Diontae Johnson. Read this article to know what Chase had to say.

Chase Claypool on The Criticism

While speaking his mid-out, Chase Claypool commented about his experience of teaing up with Mitch Trubisky and the quarterback group. The veterans like Ben Roethlisberger and Juju Smith-Schuster have left the team. Therefore it will be essential for Claypool to build an understanding within the team.

However, the main point of the conversion was about his 2021 season. One reporter pointed out that, his numbers in the second season are more or less the same as those of the first season. The only difference is that he scored fewer touchdowns in 2021. Yet, the fans and critics have criticized Chase Claypool’s work ethic for the 2021 season. Responding to this criticism, Chase said that there can be ups and downs in the career. He is aware of the criticisms. He added that there had been both good and bad things in the 2021 season for him. According to him, it is by learning from the bad things that good things can be made better.

Claypool even has his plans ready for achieving his aim. He stated clearly that in 2022 he wants to work on staying on his feet on 50/50 balls. He would also work on getting more PAC and eliminating dropped passes. Therefore, Chase Claypool’s resolutions are ready for 2022.

Claypool also spoke on the Diontae Johnson contract negotiation situation. Johnson has not shown up for the OTAs and people are worried about that. However, according to Chase Claypool, it is not a cause of concern. He added that Johnson is working hard, wherever he is. Claypool said that he believes Johnson is perfecting his crafts and will come back stronger on the field.

From what Chase Claypool said, it appears that he is confident about bouncing back in the 2022 season. Moreover, it appears that has been accepted as a leader by the younger players in the team. With Pittsburgh Steelers giving importance to his words, it would not be surprising if he takes up the leader’s armband. Will Claypool be able to answer all criticism? What do you think?

Also Read: Milwaukee Bucks Get Ready To Face The Heat of The Boston Celtics