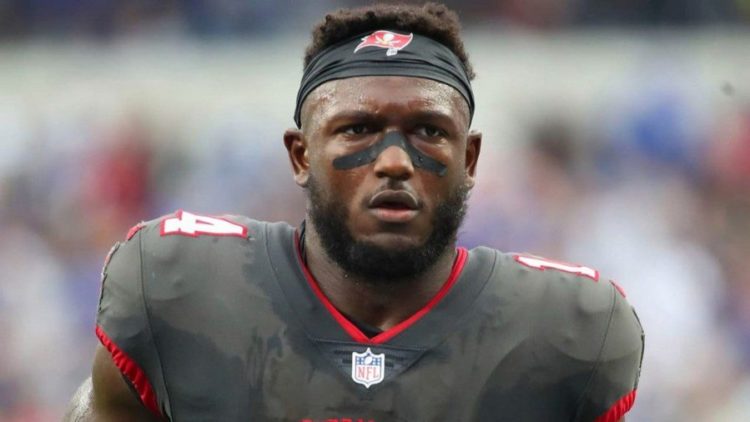 There are very few people who do not enjoy watching American football. It belongs to the category of some of the most popular sports all over the world. If you are an active user of social media platforms, you must have come across the news that the famous footballer Chris Godwin is ready to roll with the Bucs for the next three years of his career. Yes, indeed, it is great news for his fans!

In fact, just a few days back, Tampa Bay has agreed to sign the wide receiver to a three-year deal worth $60 million. Moreover, the contract comes with a guaranteed $40 million after signing. This makes it similar to the one Amari Cooper received from the Cowboys. So would you like to know more about this trending news? Let’s get started!

Who is Chris Godwin?

As mentioned above, Chris Godwin is an American footballer wide receiver for the Tampa Bay Buccaneers of the National Football League (NFL). As per the sources, this famous athlete was born on February 27th, 1996, in Middletown, Delaware. He began his football career as a college footballer at Penn State.

However, on January 5th, 2017, Godwin announced that he would enter the 2017 NFL Draft on his Twitter account. In fact, from that year itself, he started performing well. He also became one of the top performers in the bench press with 19 reps and a 20-yard shuttle with four flats.

He started the next season with flying colours as well, achieving several victories. In 2020, he gave up his iconic jersey number 12 to his new teammate Tom Brady. He switched to number 14. Needless to say, he had achieved several victories within a short span of his career. Even though he had suffered several injuries, he always gathered the courage and made a great comeback every season. It was in 2021 he won his first Super Bowl championship. It was a 31-9 victory over the Kansas City Chiefs.

Needless to say, his performance over the years is nothing but impressive. Therefore, on March 9th, 2022, the Bucs signed a contract with him for the second time.

Have a Look at Bucs Contract with Chris Godwin

If you are a fan of the star footballer Chris Godwin, you must know that he had two 1000-yard showings in his last three seasons. In fact, under the franchise tag last year, he made around $16 million. However, the payment was revised to $19 million under the tag.

Just here to bless your TL with highlights of @MikeEvans13_ & @CGtwelve_.

Even though Godwin had suffered a torn ACL in the Bucs’ Week 15 loss to the New Orleans Saints during the end of the season, he finished it with his team-leading 1.103 receiving yards and 98 receptions. The star player also had to undergo major surgery to get back on his feet. As per the sources, he was about 40% healed from the injury and therefore, it won’t be a problem for him to bounce back.

Furthermore, he recently signed a deal worth $20 million per year. This will make him one of the top five highest-paid receivers. At the same time, its structure will also help Tampa Bay lower his salary cap hit.

Since Tom Brady declined to unretire, the Bucs are trying their best to keep the gang together in 2022. In fact, Godwin thrived with Brady throwing the ball his way; however, even before his arrival, Godwin had started showing signs of becoming a star pass catcher. In 2019, Godwin was an All-Star.

Moreover, the Bucs drafted Godwin out of Penn State in 2017. In fact, this third-round selection has paid off with more than 4643 yards and 29 touchdowns over the last five years. With the 1000 yard campaign, the team can expect their star player some of the greatest matches of his career.

By now, you must have understood the present popularity level of Chris Godwin. Therefore, it is not surprising that the Bucs would sign him up for the second time. He is presently one of the star players of the NFL. Therefore, every team is looking for an opportunity to grab him.