Christie Downs: The Brave Young Girl Who Escaped Death After Getting Shot by Her Mother 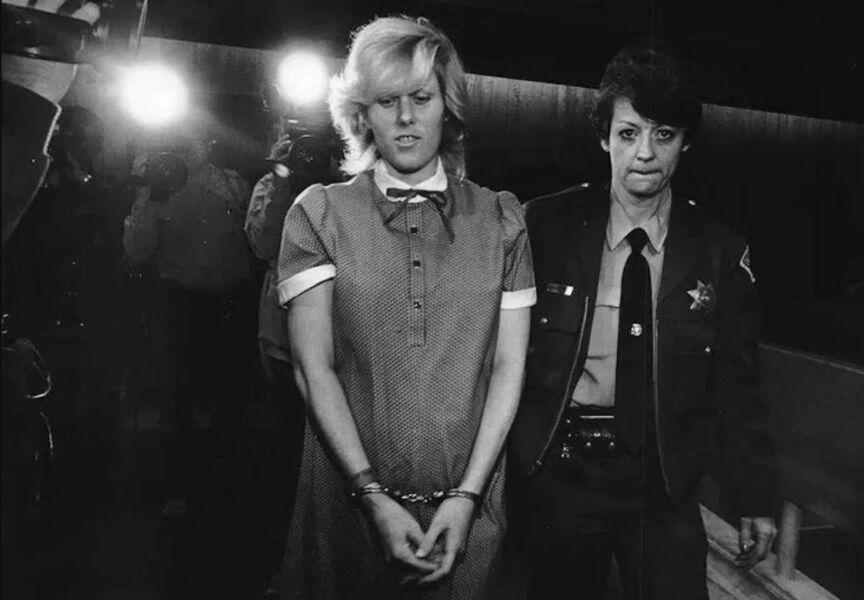 Christie downs is the survivor of gunshots by her mother. This little girl was only eight years old when this incident takes place. Diane Downs is the mother of Christie, Cheryl and Danny. When all these children were in the back of the car seat Diane shot all her kids. No mother can ever think of doing a horrible thing to their children. This incident in Oregon just shakes all of the mothers and families in that region. It is a hard story that is even tough to digest.

Many wonder why her mother would shoot her children. Let us see why this incident happened and how bravely Christie Downs survived the shot.

The attempt of murder by Christie Downs’ mother

Christie Down belongs to a separated family. The girl was just five years old during her parents’ divorce. The divorce happens in 1980 and three years after this is a tough period in Christie Downs’s life. Diane Downs one day takes her children on a car ride just to put them to death. The mother attempts to murder her children who are sitting at the back of the seat. Plus, the reason for it is Diane’s Boyfriend. After getting a divorce Diane starts to date again. One of her boyfriends is not happy with Diane having children. Due to this, this heartless woman tries to kill her children.

This story does not end here as there is more to it. Diane’s background is another reason that makes her take this horrible move. As a child Diane experienced trauma. This did have a negative influence on her adulthood. Since childhood, she also has had psychiatric problems. Diane experienced many tortures from her father as a child. This made her run away from her home at a young age. Diane moved out to start a new life.

Unfortunately, it was not a good one due to her attempt to murder her children. Christie’s Downs’s parents met each other at high school. After finishing their education they married each other. It was a great life for the couple. They also had three beautiful children. However, things got twisted with their divorce. However, there is nothing that justifies the actions of Diane Downs who shot her children.

After her divorce, Diane did regret that she is a mother of three children. She thought that her children as a burden due to which she could not find a new partner. However, after years of divorce Christie’s mom surely found a boyfriend. Robert Knickerbocker is the man who dates Diane after her divorce. This man did not want to be called a daddy.

He also told his disinterest to be a father to her children. All this just upsets Diane due to which she plans to murder her children. By taking them for a ride she thought of shooting them and blaming someone else for it.

All went as Diane planned. She shoots her children in the car. When the police start the questioning Diane makes up a story to cover her crime. She informs the police about a strange man who did all of these things. Due to the shooting Christie and her sibling suffer many things. The little Cheryl dies at the hospital. Danny and Christie are the ones to survive the incident but that too with many difficulties. Danny loses his movement from the waist down.

Till now he remains paralyzed from the waist. Christie Downs on the other hand had a stroke which made her lose her voice. However, after a few days, voice of Christie comes back. Now she reveals who is the actual murderer to the police. Her confession shook everyone. She told that her heartless mother is the one who shot every one of them.

The early life of Christie Downs

Born in the year 1974 Christie Ann Downs is from Phoenix Arizona. Both of her siblings were born in the year 1976. Also, even before Christie’s life begins she faces many troubles. At the age of 7, her parents separated. Even before that, her parents always quarreled around the children. Christie spent most of her childhood with bad memories. As a little girl, she did not understand her parent’s separation.

Further, their mother Diane did not take care of the children like any other mother. She did not have any love for her kids. Diane Left the young Christie to take care of her siblings. Christie spends her childhood days alone and without the support of either of her parents. Diane was not also a good wife. She did have affairs with men during the marriage. When having affair with Robert she did not take time to care for the kids. Christie and her siblings were also malnourished due to their parent’s negligence.

The trial of Christie’s downs and siblings seemed like a normal case for many. At first, the police believe the word Diane who confronts a strange man attacking her children. However, this story did not end here when Christie herself says the truth to the police. One day Christie downs got her voice back in the hospital. Also, when the police ask who did this to Christie she simply said My Mom.

There is no doubt how hard it must be for the little girl to experience all such tragic things. Being shot by her mother and surviving this incident makes Christie Downs a brave young girl. After this confession from the victim, the trial starts in 1984. Further, the fact about Diane’s other pregnancy was even more shocking to the investigators. At the trial, it came to light that this woman shot her children to revive her affair with Robert. Plus, attempted murder, murder, and criminal acts are all the charges against Diane.

During the trial, she also gave birth to a child. However, Diane downs for her cruelty and crime is facing a lifetime sentence in prison. Christie leads a happy life with children of her own. Unlike her cruel mother, Christie is giving all the love and warmth her child needs. Danny is still paralyzed but he survived to see the day where the murderer his mother behind the bars.