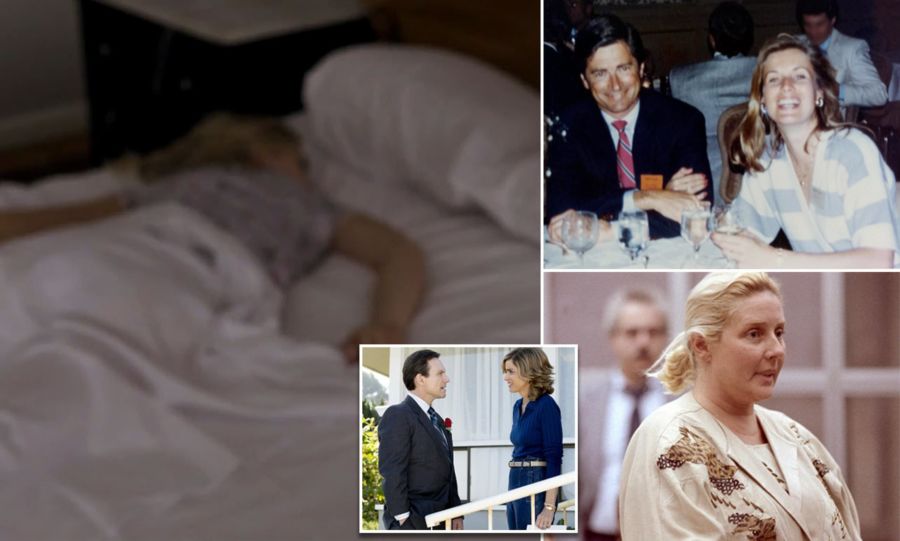 Betty Broderick shot the two in their bed; why?

Before starting anything, let’s know a bit about these personalities.

Linda Kolkena was born in 1961. She was a famous Delta Airlines flight attendant for American Airlines. Linda had four sisters, and she was the youngest. Her mother passed away from cancer when she was only 11 years old. Soon after, her father married some other woman. Linda was good at her studies during her school time. However, the girls are taught from the very start that all they need is a high school diploma, and eventually, they have to be housewives. The Kolkena girls were not allowed to dream big. Also, they can’t even think of having a career ahead.

Linda Kolkena was different from her sisters!

She became a Delta Airlines stewardess in 1981. But was shortly fired from work. Linda and her few friends were off duty when she was caught. The girl was sneaking into the restroom with a male passenger and sharing a kiss.

After this, in 1983, she started working at Dan Broderick’s law firm to earn a living. There, in San Diego, California, she first met 21 years old handsome man Daniel Broderick iii. At that time, Dan was happily married to his wife, Betty Broderick.

But since Linda came into Dan’s life, things changed!

Betty Broderick, Dan Broderick’s first wife, supported her husband throughout his journey. People sometimes say that because of Betty, Dan could do so well in life. He had all the comforts and luxuries in life, earning a decent pay of $1 million per year. Dan had three kids, and his motive was to give them a royal look at life. He financed them with a La Jolla mansion, Corvette, country club memberships, a boat, and a ski condo, so that his family don’t feel the need for anything.

All the things were going great; Dan was happy with his family. Then comes Linda Kolkena. The beauty of Linda so adored Dan that he kept Linda as his secretary. Not only this, but also he kept on telling Betty about how beautiful Linda is. All these things, somewhere, build a wall between Daniel Broderick iii and Betty Broderick. Their relationship was not as pure and lovable as before.

Things got worse when Betty learned that Dan made Linda his law assistant, despite knowing she’s not proficient at writing.

There was gossip and whispers about Dan dating the beautiful girl Linda Kolkena. However, when asked by Betty, Dan denied having an affair with Linda. This time Betty lost it and, out of anger, burned Dan’s clothes and threw a stereo at him.

At the beginning of October, things even got worse between the two. She asked Dan to choose between her and Linda. Eventually, Dan chose Linda over her wife, Betty. This made Betty shattered!

When in 1984, Dan and Linda moved in together, a feeling of cruelty developed between them. Soon after, Betty received a letter containing Dan and Linda’s picture and a message saying “Eat your heart out, bitch”. It also had some advertisements for beauty and weight loss products. This made Betty think that Linda must have sent it as she’s very proud of her beauty and Daniel Broderick iii too, blamed it all over Linda.

In 1986, Daniel received custody of his kids after parting ways with Betty. With a mutual understanding of the couple, the court ordered Dan to give an allowance to his ex-wife so that she could spend the rest of her life easily.

After they parted ways, Betty crashed her car in front of Dan and Linda’s residence. Seeing a knife in her hand and bagging the door out of anger was a bit scary.

Later, in 1988, Daniel Broderick iii and Linda Kolkena finally decided to tie the knot of their marriage. Linda was quite afraid of Betty’s past actions. She begged his would-be husband, Dan, to wear a bulletproof jacket at the marriage. Though he refused to do so but hired some security guards. The guards looked at their safety in the ceremony. After their marriage, the beautiful couple, Dan and Linda, went on a honeymoon. But no one had any idea that a dreadful storm was waiting to enter their lives again.

They have a few days left to live!

The Brutal Murder of Linda Kolkena and Daniel Broderick iii

On November 5, 1989, at about 5:30, Betty broke into Daniel Broderick iii and Linda’s home using a key she had taken from one of her kids. Then, she sneaked upstairs to the couple’s bedroom carrying a 38-caliber pistol she had bought a few months ago. After Linda saw her with a pistol, she woke up screaming.

Linda was fatally wounded. She got one bullet to the head and one to the chest from Betty’s five shots. Betty did not even leave her ex-husband Dan Broderick. She shot a bullet in his lungs. She subsequently surrendered to La Jolla police. Betty claimed she intended to shoot herself and wanted the newly married couple to watch her die. But when Linda started screaming, she got scared and fired the two with her revolver.

However, she was guilty of her actions. Further, sentenced to 15 years of imprisonment.

On A Concluding Note

At last, the story of these three taught us a lesson that you’ll always end up doing an awful deed because of your hatred, jealousy, and anger towards people. An unwanted hatred of Betty took the lives of a newlywed couple, Daniel Broderick iii and Linda Kolkena.

Around 600 people attended their funerals!