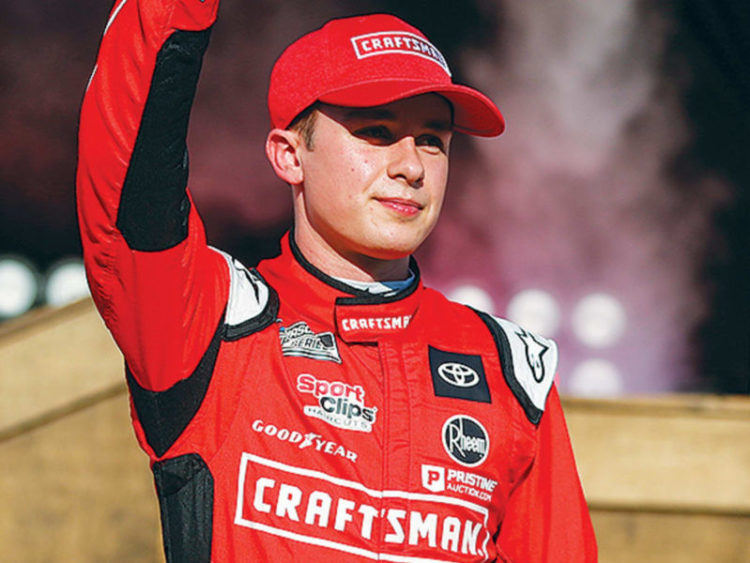 There is a popular saying that when you get opportunities make the best use of them. So in this regard, we can say that the famous racer Christopher Bell is helping younger drivers compete and foster their love of racing. In fact, the driver of the No.20 in the Cup Series has partnered with Texas Motor Speedway. This is mainly to bring Micro Sprint races to Lil’ Texas Motor Speedway.

Moreover, Bell and Texas Motor Speedway executives announced the news on May 21. Here they revealed that Lil’ Texas Motor Speedway which is a ⅕ mile asphalt oval will undergo a major renovation. After that, it will become a dirt track for the Micro Sprint races. At the same time, the track will also host a special event, C. Bell’s Micro Mania in September. So would you like to know more about this celebrity racer and his new venture with TMS? Let us have a look!

Who is Christopher Bell?

Many of you who love watching car racing, will know the handsome celebrity. Let us share with you some of the significant detail about the young racer, Christopher Bell. The American professional stock car racing driver was born on December 16, 1994, in Norman, Oklahoma. Therefore, he is presently 27 years old.

Apart from being a professional stock car racing driver, he is also a Toyota Racing Development driver. Moreover, he competes full-time in the NASCAR Cup Series. There he drives the No. 20 Toyota Camry for Joe Gibbs Racing. In addition, he is the 2017 NASCAR Camping World Truck Series Champion.

Bell began his racing career in micro sprints at I-44 Riverside Speedway in the early 2000s. In fact, he also earned the Lucas Oil ASCS2 Championship in 2010 before winning the 66 Mike Philips Memorial micro-sprint car race in 2011. It was in 2013 that he joined Keith Kunz Motorsports in USAC racing replacing Kyle Larson.

Moreover, on October 31, he joined CH Motorsports’ sprint car racing program. In 2014 he began racing asphalt Super Late Models for Kyle Busch Motorsports. In fact, as a Super Late Model driver, he won races at New Smyrna Speedway, South Alabama Speedway, and Southern National Motorsports Park. Furthermore, in the same year, he won 24 USAC Midget races and 26 total dirt races. This also includes the Turkey Night Grand Prix. It was in 2017 that Bell won the Chili Bowl Nationals. He was in fact, the first person from Oklahoma to win the event since Andy Hillenburg in 1994.

He made two NASCAR K & N Pro Series West starts in 2015. Here he finished in the 15th and second position respectively. However, he won the competition in 2017.

What are The Comments of The Executives of Texas Motor Speedway About Christopher Bell?

The executive also adds that Bell’s extensive knowledge of the sport will indeed be helpful to them in the renovation of the track. At the same time, it will help them get connected with the Micro Sprint car community. Besides, these Bell had also discussed that with all “the drivers with kids starting their racing careers that Lil’ Texas Motor Speedway could also serve as a great on-property opportunity to compete when their Dads come to town to race.”

In addition, the Texas Motor Speedway officials have set a target to complete the renovations in time for NASCAR’s return in late September. Needless to say, the drivers are trying very hard to reach the playoffs. So to help them the work will begin after the All-Star Race on May 22.

How Do They Plan To Complete The Renovations?

So you can well understand that the officials of TMS are indeed in a hurry to complete their work. Therefore, the crew will start the work by removing the asphalt to prepare the track for the conversion to a dirt track.

At the same time, they will also work on several additions and upgrades. This list includes a scoreboard, PA system, front stretch wall/catch fence, caution light system, a Lil’ Hoss screen, pit area amenities, and a 3,500-seat temporary grandstand. Yes, quite a lot of changes and additions, right?

With regard to this Bell has said, from the time he saw Lil’ Texas he could not stop thinking how cool it will be to have a Micro Sprint race there. He is super-excited about seeing it take shape gradually and cannot wait to be a part of it. Neither can we, right?

Why are These Renovations Important?

Many of you might have this question on your mind whether all this extensive renovation process is necessary or not. Well, let us find out! One of the major reasons for the renovations is that the future NASCAR drivers could have an opportunity to compete during family trips. Needless to say, several kids compete on dirt tracks around the country. This also includes the son of a two-time Cup Series champion.

Furthermore, Kyle Busch has made it clear that he is interested in the renovations of Lil’ Texas Motor Speedway. In fact, he also tweeted that he “is in” before tagging son Brexton Busch. Moreover, the two have competed at the same dirt tracks in 2022 and won the matches. This also includes their trip to Adobe Mountain Speedway in March. It was when they both reached Victory Lane.

At the same time, their trip to Texas Motor Speedway will kick off the first race of the Round of  12. In fact, Busch will potentially be in contention for the championship. Due to this, they will also have an opportunity to win his fifth Cup Series race at the 1.5-mile track. In addition, he will have the opportunity to watch Brexton race on the renovated dirt track. Sounds impressive, right?

So as we conclude, we can say that Christopher Bell is one of the greatest racers in the present generation. He might be pretty young now, but he has achieved quite a lot at his age. In fact, his partnership with Texas Motor Speedway for the new venture will also take his popularity to new heights.

We hope that through him many young players who dream to become a racer someday can realize their dreams. At the same time, with the renovations of the dirt track, racing will become a lot easier and safer for the drivers.

Also Read: Landon Dickerson And The Personal And Professional Dilemma