William Byron vs. Joey Logano: The NASCAR Feud at Darlington 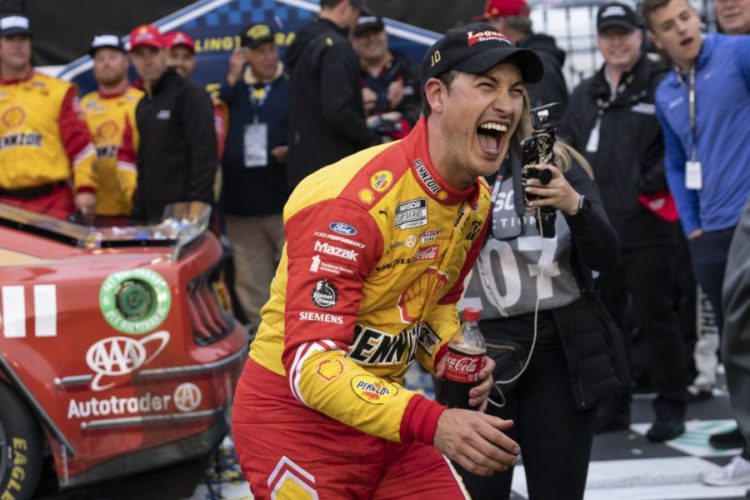 Car racing is one of the most popular forms of sports in modern times. Recently, William Byron has come into the limelight with his splendid performances. He has even won the Rookie of the Year award in all the three NASCAR national series. However, recently he made the headlines, due to his feud with Joey Logano. Their feud has earned them a near-the-top finish in the list of NASCAR Cup Series feuds. This is not an achievement to be proud of, we guess!

The world of sports is perhaps the best instance of the “survival of the fittest”. For any sportsperson, the only way to survive is to try and win as many times as possible. Therefore any form of sports is highly competitive. However, mostly these competitions are healthy in nature, with skill and hard work taking the front seats. But at times when the sports persons fail to control themselves, these competitions take the form of feuds.

The feud was fueled on the Darlington raceway when Logano punted Byron’s No. 24 Chevy, as revenge for an earlier incident. Later Byron called Logano an ‘idiot.’

What happened at Darlington?

The Darlington raceway is infamous for its being one of the most difficult tracks in the world. It has been a silent witness to a number of accidents. The raceway did justice to its infamy on Sunday, during the NASCAR Cup Series. A number of big names fell by the wayside and a significant number of racers didn’t even make it to the finishing line.

Joey Logano emerged victorious in the end. This was his first victory in a points race, after 2021. However, his road to victory has been a controversial one.

The Darlington race has become a hot topic, due to the feud between Byron and Logano. The feud escalated to such a level that at the end of the race William Byron called Logano an ‘idiot’ and a ‘moron.’

“We barely touched off of [Turn] 2. … No reason for him to say, ‘Retaliation.’ That’s stupid. He does this stuff all the time.”- William Byron’s comments as he talked with reporters while walking to his golf kart at Darlington. pic.twitter.com/8Fh00Pq7aZ

After the restart, Byron took the lead with 26 laps to go. But later in the race, with 4 laps remaining, Logano was gaining his ground. Finally, with two laps remaining, Logano came crushing on Byron’s Chevy, with his Ford. There was every opportunity for Logano to overtake Byron and take the lead straight away. Instead, he banged Byron’s car, thus throwing him into the outer wall.

Click on the link below to see what exactly happened :

As a result of this, Byron struggled to finish 13th, while Logano won the race.  Byron was visibly upset with Logano in the post-race interview, calling him a ‘moron’ and an ‘idiot.’

Joey Logano’s justification of his act

Logano appeared on a TV interview just after his victory at Darlington and claimed that he intentionally banged Byron in the race. He further claimed that his act was an act of retaliation. At the restart of Lap 268, Byron brushed Logano’s Ford and took the lead.

This is what invited Logano’s ‘retaliation.’ Checkout what Logano had to say in the interview :

Byron’s car was already struggling when Joey Logano banged him. On the other hand, Logano had a strong car throughout the race. It was evident that Byron’s car will not be the first one to cross the lines. Therefore, Logano’s act seems to have little justification. Moreover, at the beginning of Lap 268, the incident was not as severe as to invite such a ‘retaliation.’ Therefore, this event will spark much debate among racing fans. Moreover, they will also be excited to see if Byron hits Logano back in the days to come.

That’s all about the Byron-Logano feud.