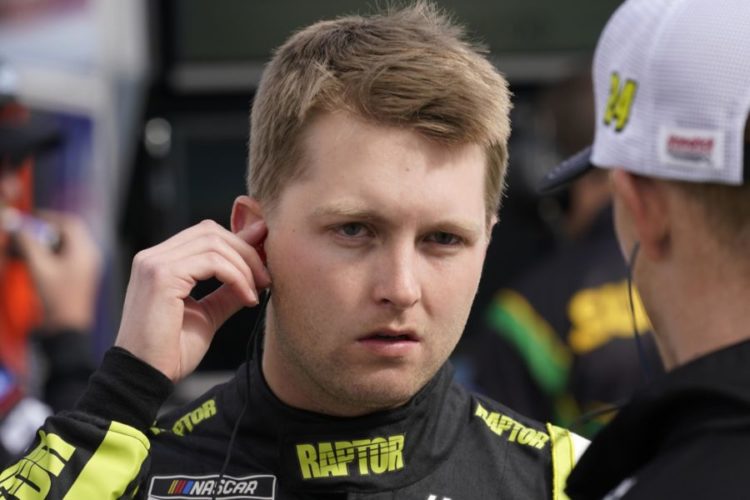 The prestigious NASCAR Cup Series has already started for this year. The series started on 6th February. Since then, 11 races have been completed. Hendrick Motorsports cars are having a great season. They have managed to win five of these races, with Chase Elliott’s victory at Dover. What is striking in this context is that William Byron has claimed the number one spot twice till now. This calls for a celebration. However, this year Byron has another reason to be happy. With his breath-taking performances, Byron seems to have secured his future, in a move that can ultimately affect the organization’s fortune in a great way.

On Monday, Byron, who has won the Rookie of the Year award in all the three NASCAR national series, finalized a three-year contract, Hendrick Motorsports confirmed on Thursday. This means that the 24-year-old Cup Series driver now has job security. The contract will see him in the Number 24 Chevy till 2025. Back in 2016, Byron joined Hendrick Motorsports.

Since then, he has fitted nicely into the team, winning four times in the Cup Series. He has been a perfect addition to the team that has won 22 of 47 points races since the commencement of the last season.

In the team’s announcement, William Byron said that he is happy to continue racing for the Hendrick Motorsports. The racer added, “Since I joined the organization, they’ve supported my growth process, including my path to the Cup Series.” He asserted that the team they have built would contend for championships shortly. The racer sounded confident in his assertion. Is this the beginning of a whole new era for the HMS? Well, let’s leave it on time to answer it.

A Formidable Quartet in The Making

The HMS drivers have always been at their best. They have won 14 season championships and 285 Cup Series so far, with the likes of Chase Elliott and Kyle Larson. William Byron’s addition to this team has created a formidable team of four, along with Alex Bowman. The excellence of this formidable quartet is evident in how all of them have secured a place in the top eight in points. All of them aspire to make it to Championship 4. Thus, it appears that these racers are parts of a long-term plan at HMS.

Apart from Byron signing an extension, Elliott also signed a five-year extension in February, that will keep him at HMS till 2027. The other two of the quartet, Larson, and Bowman have their contracts till 2023. Therefore, they will be available for signing extensions in the next year before the Daytona 500 begins. If these extensions are achieved, then the HMS will achieve the kind of stability that they are known for. The long-term contract with Elliott seems to suggest that he is most likely to follow the footsteps of Jeff Gordon by spending his entire career with one team. Hopefully, an exciting future awaits the quartet.

What’s Up for The Near Future?

HMS did a great job in securing extensions with Elliott and William Byron. However, along with these, another speculation has come under the radar. It’s about Rick Hendrick. Rick built his own NASCAR Cup Series team from scratch in the 1980s. He is frequently seen at the races at the weekends. He still plays a pivotal role in the organization. However, speculations about his retirement are up in the air in recent times. In this business, there is no pre-set retirement age and Hendrick seems to enjoy his role at HMS.

However, Hendrick has already hinted at the winding down of his full-time role. At the end of the last season, Jeff Gordon quit his job as the broadcaster at Fox Sports. He wishes to spend more time at HMS. This may be seen as a potential hint at Hendrick’s future. Therefore, it appears that if Hendrick can successfully extend contracts with Bowman and Kyle, he would hand over his duties to Gordon by 2024. With the four racers lined up for the long term, Gordon will have every option to look into the future.

That’s all about Byron and HMS.