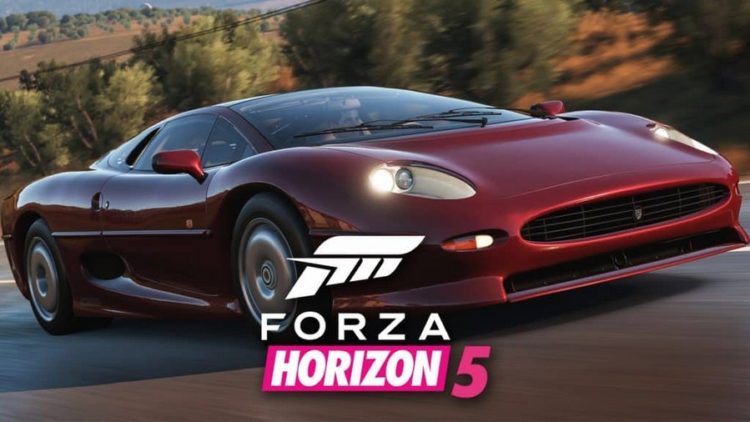 Are you a fan of open-world games? Well, then you must have indeed played Forza Horizon 5. Yes, we are talking about the recently released game of 2021 that became the talk of the town soon after its release. At the same time, it quickly lived up to the hype and craze that the devs had created a long time back through its gameplay and teasers of characters. In fact, it also surpassed many popular games and became the gamers’ favorite. This is primarily because of the game’s exquisite cars and unique elements.

However, recently an insane clip of Forza Horizon 5 went viral on Twitter, which has left most of the players baffled. This is because they witnessed one of the worst bits of luck ever in the scene. However, what was it all about? Let us discuss some of the exciting details about this game with you.

What does the Video Clip Show?

Since you are reading this blog, it is evident that you are familiar with the game. So let us now discuss some of the significant aspects of this game. At the same time, in the end, you will also come to know about this video clip in detail. Let us have a look!

So as we mentioned above, this game is doing pretty much great right after its release. In fact, the gamers have shown their love and appreciation for Forza Horizon 5. It was, in fact, one of the most anticipated releases of 2021. Therefore, when the devs released it on 5th November, the game was instantly a hit. Close to 10 million players started playing this open-world game, driving across the street of Mexico with some of the coolest cars just after its release. Sounds exciting, right?

However, an insane clip of this game has recently gone viral on Twitter. Needless to say, it has left most of the players at a loss for words after watching the clip. On January 15th, a Twitter user 216doe posted a crazy clip. The clip shows a Range Rover landing on top of another one just moments after taking the same jump. Crazy, right?

What are the Reactions of The Players?

If you observe the video clip a few times, you will notice that the clip shows that the player proceeded to cross the finish line in first place with the car on top of theirs. However, it ultimately turns out to be something else. Therefore, the player gets second place, and the car on top receives the first position. Needless to say, players are enraged by this. In fact, the user who posted the video said, “I’d delete the game.” So you can well understand that they are displeased by this new update. Have a look at what he says

At the same time, this crazy clip has gone viral on Twitter and has amassed over 5 million views, 500,000 likes, and 100,000 retweets. It keeps on increasing as days pass. Many Twitter users give hilarious reactions as they find it hard to believe this clip. For instance, one of them says, “Gotta unplug everything after this.” Another one says, “Even stuff that has nothing to do with the game.”

You might be wondering to yourself, what exactly is a #HorizonMoment? It's Event Lab creations, it's perfect drift runs, it's this from Commando FM. If it's worth sharing, it's a #HorizonMoment.

Meanwhile, some had also questioned why the player did not jiggle to knock off the other car when it toppled on top of it. So you can well understand that this clip is a rare moment for the players while playing Forza Horizon; however, it is uncertain whether you will encounter it while playing. If you do, nudge them off.

Know Some of The Interesting Facts About This Open-World Game

As you know, Forza Horizon 5 is an open-world racing game from Playground Games and Xbox Game Studios. In fact, the title has already included plenty of content; however, it intends to evolve and grow over time through its Festival Playlist Series updates.

Also, after the recent update, many cool and high-end cars are now available for the players. The storyline has progressed from where it had stopped at the previous seasons, in Series 2 and 3. Moreover, after the new update, players will get 24 new cars, world evolution, a community gifting challenge, and many more exciting things.

At the same time, the players will be able to customize their new cars, clothing items, and other things. So you can well understand that Forza Horizon 5 is all about surprises. Therefore, if you are looking forward to new challenges and riding cool cars, you can indeed try this game. You can check out the gameplay

So as we conclude, we can say that Forza Horizon 5 has become one of the popular games. In fact, after the recent post of the insane clip-on Twitter, this game has once again made the headlines.

You may also read: Forza Horizon 3 is Being Delisted from The Microsoft Store