Dalia Dippolito: The Scheming Wife Caught in Act of Killing her Husband 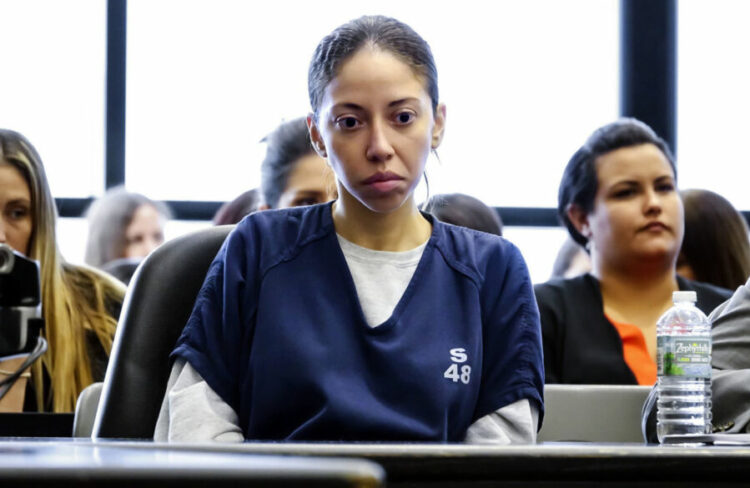 Dalia Dippolito is the woman who planned to kill her husband by hiring a hitman. After knowing her criminal intentions, the police caught Dalia with her schemes. Dalia Dippolito plot to murder her husband was going right on track. All she planned for the murder were happening that day.

The heartbreaking call for Dalia Dippolito

For the world, it seemed it was Dalia Dippolito’s worst day on Aug 5 2009. It is the day she receives a call from the cops. She rushes home from her gym. When she returns to her home cops say her husband has been murdered. Hearing this news, she breaks down and cries for hours. The acting of Dalia on that day was on point. Unfortunately, she is the one who hired a hit man to kill her husband.

The cops create a setting to make Dalia believe everything is going as she thought. The hit man she hired is none other than an undercover cop. Cops knew the entire plan of Dalia. The cops not only go along with the plot but also film solid evidence. They film a video of Dalia talking to a hit man to kill her husband. Plus, they even film the staged homicide scene. Let us see what happens in the story that makes Dalia Dippolito sweat.

Dalia Dippolito saw her husband dead in her house. She believed all her plans were happening. Like an innocent widow, she also cries on the shoulders of a cop. However, the cops were waiting to take her to the police station to reveal something huge.

Cops ask Dalia to cooperate with them to identify her husband’s murderer. Believing it, she goes to the station. Cops even set up a person who they tell Dalia to identify if he is the suspect. Dalia did not know who he was but knew the hit man she hired to kill her husband. They take Dalia to the interrogation room for her big reveal.

Dalia thought that her husband was dead. The cops bring Michael Dippolito to the room when Dalia experiences the biggest shock of her life. Immediately, the cops charge Dalia with a first-degree murder attempt of Micheal Dippolito.

The love life of Micheal and Dalia Dippolito

Born in 1982, Dalia Mohammad is from New York City. However, her father is an Egyptian, and she grew up with two siblings. When Dalia was 13 years, the family moved to Florida. In 2000 Dalia finished high school in Florida. After graduating, she gets to work with a real estate agency. She did not have a clear idea about her career.

Later, she also starts to work as an escort. In 2008, Dalia met Micheal Dippolito in her work. After seeing each other, the couple soon starts to date. They were head over heels. They also decide to marry each other. Micheal was married when he met Dalia, but he did not hesitate to divorce his wife. Micheal is a businessman. Also, he is a convict of stock fraud.

The marriage life of the couple had many bumps. Due to legal issues and suits, he was not enjoying a lot of freedom in life. The cops even question Micheal when he goes on a date with Dalia. As an ex-convict, he was in the constant inspection. Cops often searched Micheal as they reported that he was a drug dealer. However, there was no evidence in this regard to prove him guilty.

Several attempts to kill her husband

In his life, Micheal was constantly watched by cops due to his past crimes. Many times he was accused of dealing with drugs. The fact that cops behind him frighten Micheal, so he transfers all his assets to his wife. He even transfers his house and other assets to Dalia’s name.

However, the Cops were getting anonymous tips about Micheal from Dalia. She was the secret person putting her husband’s reputation under the bus. All Dalia wanted was not Michael but his money. She did get her way through by deceiving cops and Michael through her anonymous calls.

The sudden scheme to kill her husband

Dalia makes a horrible plan to kill her husband with a hitman. There is no exact reason why she did this. But, it was all for money. She loved money more than Michael. One day she calls her ex-boyfriend Shaheed to kill her husband. However, Shihadeh did not want to do it.

Also, he makes a wise move by reporting it to the cops. The cops had no basis to believe him. However, they took his report to dig deeper into it. The cops investigating it get permission to put up an act. They get the police to act as a hitman.

Dalia falls into her traps. She connects with the hit man, who is an undercover cop. There are video recordings of Dalia planning her husband’s murder with the hit men. The recording shows the undercover cop asking if she wants to murder Micheal. Dalia replies that she is 5000 percent sure.

After giving him 7000 dollar fees for murder, Dalia leaves for a gym that day. She planned a cold blood murder and a perfect alibi to prevent suspicion. Later there is a whole twist in the scene when cops reveal everything to Dalia. At the police station, when she sees Micheal, Dalia tries to justify her crime.

Dalia’s case went up to court when they punished her with 20 years of prison. Dalia’s intention to harm her husband is wicked. Plus, she will release in 2034. Cops will surely keep an eye on her and protect Micheal Dippolito. After knowing his wife’s Vicious intention, Mike divorces her during her jail time.

Also read: Dena Schlosser: The Mother Who Killed Her Own Infant with Knife