Dena Schlosser: The Mother Who Killed Her Own Infant with Knife 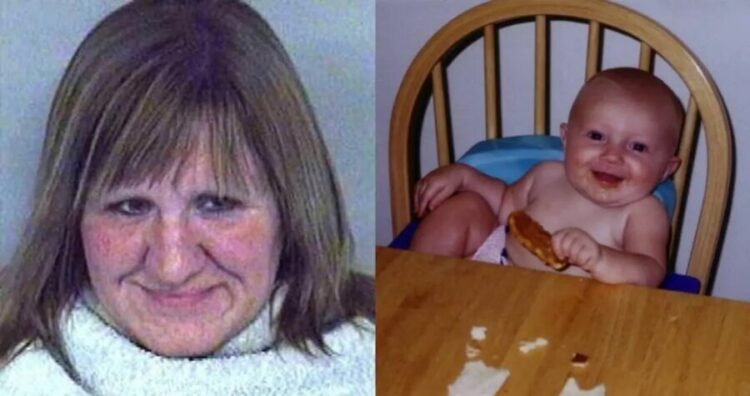 Dena Schlosser is a woman from Texas who killed her daughter. Dena did this not in her conscious self but when experiencing Postpartum psychosis. This incident is decades-old as it took place in 2004. However, this remains a learning story for many around the world. Taking postpartum depression lightly can only make things worse. Also, mothers who experience it should not feel bad as they need help. However, Dena Schlosser’s story is much different.

Dena also did is as she thought of receiving a message from god. One day Dena takes a knife and cuts the arms of her child. This is the worst thing any mother can do for her child.

The infant was in very much pain when taken to the hospital. The injury was severe and the little one passed away due to the injury. However, Dena Schlosser pays for her action in prison. Even though this punishment may seem less for her murder she is behind the bars for a lifetime. This case has many twists let us see the whole story of Dena Schlosser’s murder.

The early life and psychiatric problems of Dena schlosser

Dena Schlosser has a degree in psychology before her marriage to John Schlosser. Even before the age of 13, she underwent three major surgeries due to issues in the brain. All this made her to go school with a shaved head. Bullying from classmates is a bad memory for her. After marrying her husband the couple did not enjoy a normal life together.

Soon they decide to join Water Life of Church in Texas. The couple thought of flying to Texas for a high-paying job. Also, Dena had three miscarriages before giving birth to two children. All this made things worse for the couple. Further, on the night Margret was born Dena even tries to kill herself. When admitting her to the hospital they found that she has psychotic problems. Plus, they also diagnose bipolar disorder.

The Texas child care unit advice Dena not to be alone with the children. Even after knowing that Dena Schlosser has problems mentally, her husband did not help her to seek medical help further. He refused to see doctors about her Psychiatric problems. Many did not know how harmful she is until the murder. Let us see more about the night of the murder.

The brutal murder of Margret Schlosser

On the night of the murder, John Schlosser and Dena have a huge argument. During the fight, John hurt Dena with a wooden spoon. Before leaving her room she told about giving her children to Doyle. Her husband even told her that Dena saw a video of a lion eating a child the other day. All this sums up what makes Dena think to cut off Margret’s arm. She even thought it was a sign from god to cut her Children’s arms.

The psychiatric who looked into this case after trial says many details about the night of the murder. Dena gets disturbing thoughts about cutting her head, hand and other parts as a sacrifice to god. Further, he confronts them after the treatment for her Postpartum Psychosis.

After the crime, the police immediately found Dena Schlosser in her living room. Her state was shocking for the police as she was drenched in her own Child’s blood. The arm of the little Margret was completely severed. When the police caught her in the act and took her away she also sings a song thanking god.

When the trial began, people thought that she did all of this due to mental issues. However, the psychiatrist has much more to say about this. Even though there are psychiatric problems in her all of this did not point to a condition. Dena’s mental issues include satanic tendencies. She is a devoted follower of a satanic cult. Due to this reason she also ignores any medication to improve her mental health.

Moreover, the psychiatrist confronts he does not believe any mental illness exists in Dena. He further adds that no medicine can make her straight. Only god can help this woman from satanic influences. After the custody, her husband got a divorce from her. He became more responsible to protect two of his surviving daughters. Also, Texas police ordered John to take care of his children with other family members. The official thought it is essential to give support from other family members as John did less to protect the kids from a disturbed wife.

The court orders that Dena Schlosser should not have any contact with her daughter and husband. Another disgusting detail about Dena is that she also made friends in a mental facility. Her lifelong friend which Dena thinks is Andrea Yates. This woman is another murderer who killed five of her children. The court allows Dena in an outpatient facility she should not have any more kids or be in contact with children. However, in 2010 neighbour of Dena made a complaint about her gazing around and confused.

In 2012 Dena gets a job at Walmart. She managed to get this job by her maiden name. Due to this many did not know about the true story of Dena. However, when the media found details about her they could know she works for Walmart now. After this, there was news about her and her crime. Soon when the public knew about her story she was fired from the job.

The long trial of Dena Schlosser continues until 2020. Due to her disturbed state, the court orders her to stay in touch with the state hospital. Dena Schlosser’s murder rules out insanity. There are mental problems but still, her connection with negative and cult groups is what made her to murder 11-month child.

The judge of this case confirms that Dena has religious delusions. Also, when she is not on the anti-psychotic medication she poses more harm to people around her. The officials think that keeping her in round-clock care is better for all around her. Dena Schlosser is a woman who lost what other mothers view as priced possession their children. No one is forgiving Dena Schlosser for her brutal murder of her infant she remains under the supervision of Texas police. Listen the podcast.