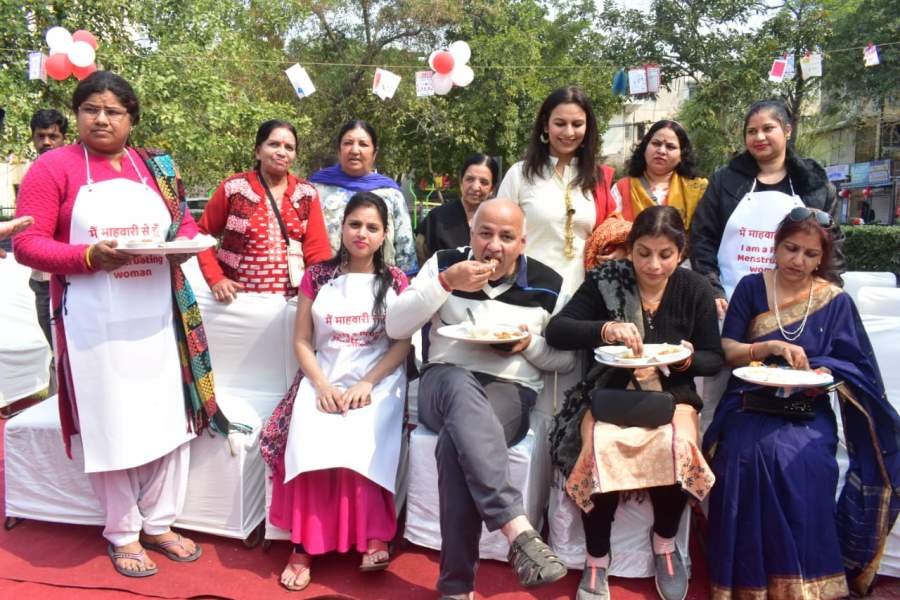 Now it’s 2020 and no one thinks badly about menstruation and if you do you will look like a fool. There is nothing to feel bad about this because it’s a biological process and we have to go through this pain every month and we are proud of that. To end the stigma of menstruation, Delhi NGO, Sachhi Saheli, has done a wonderful job as they have conducted a Period Mahabhoj on 23 February, where women on periods would be preparing the food for everyone.

This was also a tight slap to the heartbreaking incident that happened in Gujarat when authorities stripped 68 female students at an educational institute in Bhuj, Gujarat to confirm whether they were on period or not. Yes, this disgraceful act was allegedly conducted by the orthodox and ardent followers of Swami Krushnaswarup Das. The man who believes, “A menstruating woman who cooks food for her husband will certainly be born as a ‘Kutri’ (bitch).”

The gynecologist and founder of the NGO Dr. Surbhi Singh shared with NDTV:

“It is a lunch event to uphold women’s menstrual dignity. It is a statement against the dogmatic traditions related to menstruation and a symbolic protest against the negativity propagated by the priest from the Swaminarayan Bhuj Mandir in Gujarat.”

These women are true inspirations for the society. They set an example and let the world know that no one can question their dignity in the name of religion. Let’s put united front and claim our azadi from the misogyny. @SachhiSaheli salutes to them. #periodfeast #महावरी_भोज pic.twitter.com/KvvjE5BCih

During the event, women were seen donning their white aprons saying “I am a proud menstruating woman”. The food was cooked by 28 menstruating women for about 300 peoples including the Deputy Chief Minister Manish Sisodia.

“In today’s scientific day and age, there is nothing pure or impure about menstruation, it is a natural biological process that should be taken as it is.”

Also read: 7 Things You Should Never Do On Your Period

Earlier also people have responded to Swamiji’s misogynist comment and also shared some of the pictures of their pets (female dogs) saying that they are reincarnations of ‘disgraced’ or ‘fallen’ women.

Well, this wonderful initiative has done a great job done by Delhi NGO, Sachhi Saheli in ending the stigma against menstruation. Now it’s high time to end things like this and objecting women to enter the kitchen and prepare food while menstruating.

Now think how you would feel if someone comments about your mother or sister. To every boy or man out there, I just want to say there is nothing to comment on this thing since this is a natural process and we all girls are proud to have that.

Also read: 6 Best Alternatives Which We Can Use in Place of Sanitary Pads