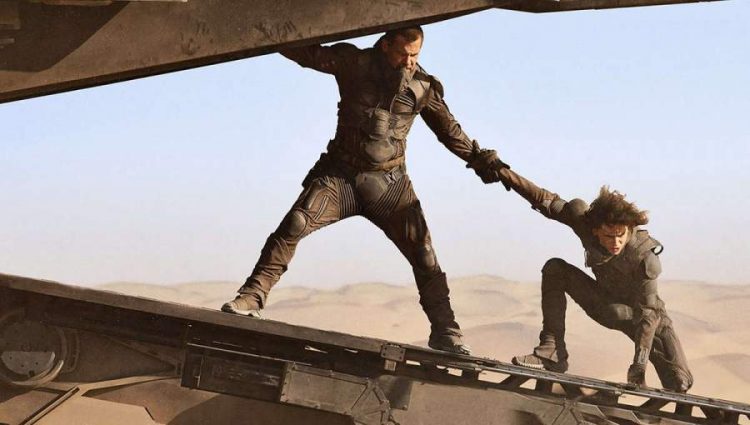 Dune is a 2020 science fiction film that is going to get released soon. It is an adaptation of the novel of the same name written by Frank Herbert. The director of the film is Denis Villeneuve and the screenplay of the film done by Jon Spaihts and Eric Roth. The film is going to depict the events in the first half of the novel. Many great actors are part of the ensemble cast of the film. Know about the Dune release date here.

The film Dune is going to get released by Warner Bros. Pictures on December 18, 2020. The film will be available in IMAX and 3D on the Unites States. Stay tuned for the new epic film this year. Many are eagerly waiting for the release of the film.

In a futuristic world, Duke Leto Atreides accepts to look after the unsafe desert planet of Arrakis. The place is also called as Dune. There is a substance available on the planet known as the spice which is the only drug in the universe treasured by many. It provides advanced thought and makes foldspace journeys possible.

Although Leto is aware that someone has set a trap for him he moves with his concubine Lady Jessica and his heir Paul to the desert of Arrakis. He takes full control of the operation of spice mining but danger arrives in the form of massive sandworms.

Then a betrayal forces Paul and Lady Jessica to meet the natives of the Arrakis who live in the deepest part of the desert called Fremens. Paul experiences many adventures in the process.

He is the heir to the house of Atreides.

She is the mother of Paul who is a Bene Gesserit. She is the concubine of Duke Leto.

He is a nobleman who receives the stewardship of the desert of Arrakis.

He is the weapons master of the house of Atreides. He is also like a mentor to Paul.

He is an enemy of Leto who had the former stewardship of Dune.

Zendaya belongs to the Fremen tribe who is the love interest of Paul.

The film production and development

The novel Dune was for many years seen as a potential prospect for a film after its publication in 1965. The rights to create the film were in the hands of many producers since 1971. There are already two adaptations of the novel. One was the 1984 film Dune directed by David Lynch. Another was 2000 miniseries and Richard P. Rubinstein served as the producer for the series. So the new live-action adaptation of Dune is a highly expected film.

For many years a lot of content in the novel made it hard for the filmmakers to adapt it into a live-action film. However, the posters of 2020 Dune are amazing. It looks promising and will be a great film.

We can expect 2020 Dune to be a successful film because the story is great and the casts chosen are brilliant for the roles. So stay tuned science fiction fans for an ultimate treat.