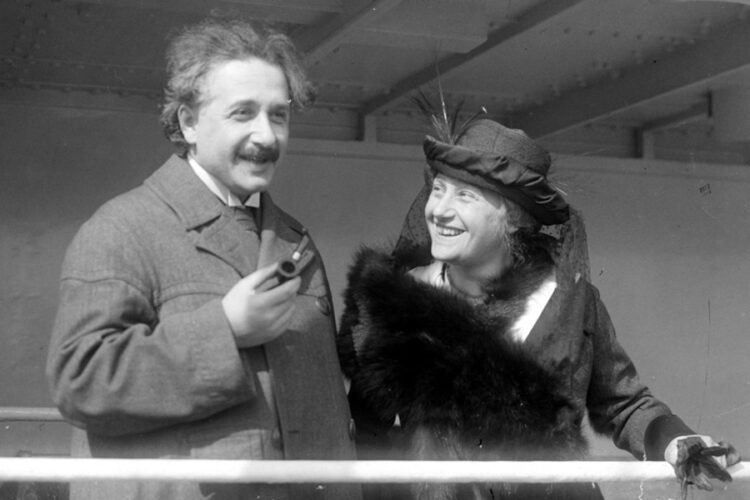 Who is Eduard Einstein? Well, you must have heard about the famous scientist Albert Einstein at least once in your life, right? Eduard is his son! So, continue reading to learn some intriguing, hidden facts about his life! In this article, we are going to discuss the life of Albert’s son Eduard.

One of the most famous scientists in history is Albert Einstein. People often regard him as the definition of brilliance. Practically everyone is familiar with the physicist and his groundbreaking work. But, relatively few people know Eduard Einstein, his son’s unfortunate fate.

The Early Life of Eduard Einstein

Eduard Einstein was born on 28 July 1910 in Zurich, Switzerland. He was the second child of Mileva Maric, the first wife of physicist Albert Einstein. He had a sibling named Hans Albert Einstein, who was six years older than he was.

Little Eduard Einstein was a sickly boy from birth. Bouts of illness characterized his childhood. His illness left him too weak to go on family vacations with the other Einsteins.

Even after leaving the house, Einstein worried about his kid. He confessed in a letter to a colleague in 1917 that “My little boy’s condition depresses me terribly”. He couldn’t possibly develop into a fully formed human being.

Albert Einstein’s cynical scientific side questioned whether he would leave for his better development. But in the end, he chose to do all the possible things that he could to treat the ill condition of his beloved son Eduard.

Albert’s reputation was already well at this point. Even though he wanted to be a psychiatrist, he revered Sigmund Freud. Further, he followed in his father’s footsteps by enrolling at Zurich University.

His family, especially Einstein, who was simultaneously happy with his son’s accomplishments and potential success, continued to worry about his health.

But for a while, Eduard appeared to have a promising future, much like his father.

Later, the aspiring psychiatrist fell in love with an older woman at the university. However, the romance likewise ended terribly, and he once again followed his father’s example.

Eduard Einstein’s mental state seems to have worsened significantly during this period. After that, he entered a downhill spiral, ending in a failed suicide attempt in 1930. He was identified as having schizophrenia. Also, many believed that the rigorous therapies of the time worsened rather than cured his illness. This eventually affected his speech and cognitive function.

Eduard paused his education for a while. Mileva kept a close eye on her son. Mileva struggled to provide for her son and cover his expensive medical expenses. The money that Albert often sent needed to be more sufficient for them.

While Albert held the scientific belief that his son’s illness was hereditary and came from his mother’s side, it did little to ease his sorrow and guilt.

“This pain is eating up Albert,” his second wife Elsa said. The problems surrounding Eduard eventually became secondary for the physicist. Einstein could not return to the Prussian Academy of Sciences in Berlin, where he had worked since 1914. After Hitler came to power in 1933, the Nazi Party had gained popularity in Europe by the early 1930s.

Einstein was one of the most famous scientists in the world. But, his countrymen could not accept the fact that he was Jewish. This led to his fleeing to the United States in 1933.

Sometimes later, Hans would follow him. But immigration wasn’t an option for Eduard. Though Albert tried hard to bring Eduard to the US, he failed to do so.

In 1933, Albert made one last visit to see his son before departing for America. Unfortunately, they wouldn’t see each other again.

Later Life and Death: On a Wrap

Throughout the rest of his life, Eduard Einstein and his father had a rich correspondence.

He still had a passion for both music and painting. Eduard kept writing poems and mailing them to his father, Albert. Even his passion for psychiatry persisted. He hung Sigmund Freud’s portrait on the wall of his bedroom.

Up to her passing in 1948, his mother Mileva took care of him.

As a house patient at the Zurich mental facility Burghölzli, Eduard then relocated permanently. He stayed there the rest of his life.