Erin Caffey: The Vicious Teenager Who Murders Her Own Family 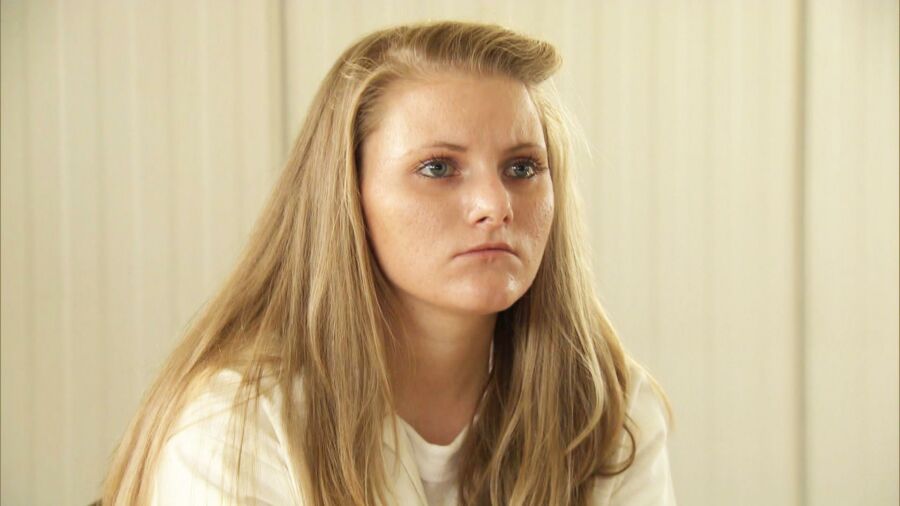 Erin Caffey is a teen who murdered her parents. When her parents did not approve the relationship with boyfriend Charlie she seeks revenge. To kill her family she comes up with a murder plot and also convinces her boyfriend to help. She planned to kill the parents during their sleep.  As a teen people cannot understand how Erin first thought to harm her parents. It is a cold-blood murder that shakes everyone who hears the news.

Let us see how investigators reveal Erin Caffey as the mastermind of this murder plot and why did she do it.

2008 is the year when the Caffey family face life and death situation. The family spends their day as usual and it was an ordinary night until a sudden break-in. Erin’s father Terry Caffey or her mother did not have any clue about their daughter’s plan to kill them. Caffey’s house in Alabama, Texas has two men who break in and start to shoot them.

In this tragic incident, Erin’s mother and brothers die but her father somehow survives after getting shot. Plus, after shooting multiple times, the men also put house on fire. This homicide was shocking news for the country. Why did they break and killed the Caffey family did remain a mystery for someday. However, when police reveal that Erin Caffey is behind all this it is disturbing news to humanity.

Erin Caffey and her toxic romance with Charlie Wilkinson

The misery of this story starts when Erin Caffey starts to date Charlie 5 months before the murder incident. Charlie Wilkinson is an 18-year-old teenager from Texas. Erin met her newfound boyfriend while working in a fast food restaurant. The relationship starts to move luckily for the couple.

One day Charlie proposes to Erin by giving her his grandmother’s wedding ring. He tells about his desire to marry Erin soon. However, the Caffey parents did not agree with this relationship. Terry Caffey did not feel right about Charlie or his relationship with his daughter. He trusted his guts and did not think that this decision is right for Erin.

Details about the Caffey family

The Caffey is a church-going family in Texas. Also, as the family loved music the family joins the church choir. Erin Caffey has two brothers that are Mathew 13 years old and Tyler 8 years old. The boys play guitar and harmonica in church. Further, Penny Caffey is the mother of Erin who plays the Piano in church. Erin Caffey was a vocalist in the same church but she discontinue after meeting Charlie. When Caffey’s parents learn about Erin’s relationship with Charlie they try to learn more about him.

On the internet, Caffey learns many details about Charlie that convinces them to separate Erin from him. The parents did the right thing for Erin as Charlie did not have a good standard. He had social pages filled with sexual content and more about alcohol. The Caffey console Erin to end her relationship with Charlie. This angers Erin and a plan to murder her family sparks up in her mind. Let us see how Erin Caffey did this horrible betrayal to her family.

Erin Caffey not only thought to murder her family but she talks about this plan to her friends. She thinks that murdering people is a proud thing and reveals her plot to friends. Erin Caffey plans this murder plot to enjoy her relationship with her newfound boyfriend.

It was not merely a stupid idea that came to Erin but this teen is the mastermind in a murder. Charlie Wilkinson asked Erin to elope with him but all she wanted was to murder her family.

The tragic night of the murder of the Caffey family

Erin asks Charlie and his friend Waid to break into her house and murder her family. Waid the friend of Charlie agrees to this murder for the price of 2000 dollars. Erin, Charlie, Waid and his girlfriend pull over at Caffey’s house one night. Erin and Waid’s girlfriend wait in the trailer until their boyfriend kills everyone in the house. Before entering the house Charlie tells Erin that he will kill her brothers too as he does not want any witnesses. Vicious Erin Caffey tells him to do anything he wants.

After breaking into the house, Charlie and Waid head straight up to Caffey’s bedroom. When the couple was sleeping they pull out a 22 caliber bullet to shoot at them. Terry Caffey has severe injuries from the bullet but is still conscious and saw the death of his wife with his own eyes. After shooting Terry, the gun of the teens starts to jam so they use a samurai sword to kill Penny.

They decapitate Penny and Terry Caffey did see this horrible thing done to his wife. Terry was severely injured to move. Now the murderers go to the room of Tyler and Mathew. Terry did hear Mathew cry out no Charlie when they shot him in the face. Charlie and Waid mercilessly use their sword in turns to kill Tyler. Let us see more about how this turn of events ends.

The punishment and confession

The story of Caffey’s did not end here as the murderers try to put the house on fire and flee with valuables. When this happens, Terry Caffey gains consciousness. He gradually crawls to the neighbour for help with blood peeping all over his body. His struggle to reach the neighbor’s window for one hour did not go in vain as help arrives quickly. After surgery and effort, Terry lives to make the biggest confession.

When investigators ask who did this brutal thing Terry lives up to say that it is Charlie Wilkinson. When police find Erin, Charlie and the other two people they investigate them. Erin acts as if Charlie kidnapped her. However, the truth did get out of Charlie and Waid’s mouths. They tell to everyone that Erin Caffey is the mastermind. This confession shakes the father and everyone who hear this story.

But, Erin, Charlie, Waid and his girlfriend are charged with three capital murders. They are paying the price in prison for a lifetime. Prosecutors also insisted death sentence for Charlie and Waid but Terry Caffey requested to save them from death. Terry Caffey is the man who lost everything in a day his wife and children. Even though it is extremely painful for him he forgives his daughter Erin for her betrayal.