Shawn Grate: The Frightening Story of A Nefarious Serial Killer 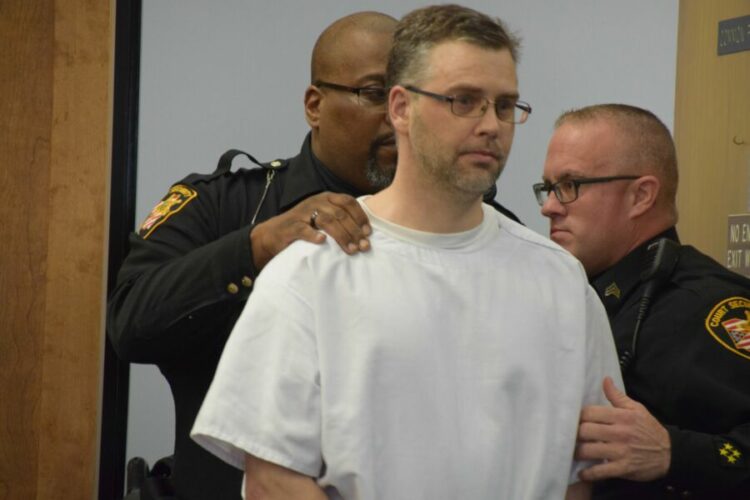 Shawn grate is a serial killer who did grave crimes. Grate did brutal things to his victims by sexually abusing them and by putting them to death. Behind a charming face, he was slaughtering women from 2006 to 2016. However, his heinous crimes did not last long when the cops finally catch him while he was with his sixth victim.

A mystery call from a woman alarms the cops and they immediately act to rescue her. Grate was holding Jane Doe captive to abuse and murder her. Now Let us see how Jane Doe’s call to cops saves more victims from the serial killer Shawn Grate.

A monster-like personality hidden behind a charming face

Shawn grate is from Marion, Ohio. As a teenager Grate was attractive and a loveable person for many. He did have most of the girl’s attention due to his charming face. However, due to his friendly face, many could not judge the monster he was. From a young age, he had so much rage and violence in his heart. Soon, his girlfriends could experience his violent behaviour.

This record of Grate offers a glimpse of the worse crimes he was about to commit as an adult. Let us see some of the merciless murders by Shawn Grate.

Apart from his murderous motives, Shawn grate manages to marry three women in his life. He has three children in his marriage with three different women. Lastly, he started dating Christina with whom he had contentment for a year. However, his inner psychotic nature did come out. He starts to act violent with Christina and his character was always confusing to her. Also, his girlfriend reports about Grate being erratic many times.

Grate was violent with her by slapping her in the face and grabbing her throat. As a murderer he strangulates women. For his abuse grate did go to prison. Not only with his romantic partners but Grate was violet with others too. One time Grate asks for a loan from his friend to whom he refuses and Grate uses blackmail to threaten him.

Shawn Grate a violent man to a notorious serial killer

After getting released from prison and divorcing his third partner he resides in Mansfield. For Shawn Grate his tendency to use woman starts to increase. He uses a woman-like piece of paper to his advantage and throws them or murders them. Many women did fall into the trap of Grate as he was charming also this woman did have a soft spot for him.

However, Grate in his adult life did not find any job as he thought of the idea of using a woman to make money. During this time two women in Grate’s life become his victims. Rebecca Leicy and Candice Cunningham is the first victim of Grate. Rebecca, a sex worker is his first Victim whom Grate murders.

In 2015 the cops find Grate’s body 2015 but they ruled the death as an overdose. Her death is far more brutal than anyone could imagine. The next victim of the killer is Candice who also lived at Mansfield. After meeting Grate Candice just disappears. The cops could find her body only after Grate’s final arrest.

The vicious acts of Shawn Grate to Jane Doe

Shawn Grate was no human as he did not have empathy for any woman. His last victim Jane Doe suffered a lot from this cruel man. Grate first gets the trust of all his victims before doing horrible things to them. When meeting Jane he first plays badminton with her by earning her trust. After having a trustworthy relationship Grate did brutal things to Jane like other victims. One day Grate calls Jane to his apartment when he traps her with cuffs.

Before torturing her for many days grate also rapes her many times. With hands cuffed, Jane could not do anything than suffer the brutal things he did to her. However, Jane even in that vulnerable situation did not give up. Her mental and physical state would have been worse after this much abuse. Still, Jane bravely makes a way out of this near-death situation. One day Shawn grate passes out near her bed when she gets his photo to call 911.

She carefully dials for help telling cops every detail she knew. When calling for help she whispers about her abduction. Also, the operators did ask if there is any way she can get out. However, she was very scared and cuffed to not able to escape. Also, after a few minutes, her phone went silent and 911 could sense the extreme danger she was in. unknowingly Jane did wake up the abuser but she went back to sleep again.

With the given details by Jane, Doe cops could reach the house of Shawn grate. When they arrive for help they could not only find Jane in a worse situation but much more. When rescuing Jane cops find two more corpses in his house that were decomposing. These are two victims of Shawn grate who were lying dead worst decaying.

This monster grate was soon in police custody. While questioning two corpses were identified as Stacey and Elizabeth. During questioning Grate did not reveal much but police made a way to get all the truth out of his mouth. He did give details about all his victims to the police. For many of his brutal crimes, Shawn grate feared of a death sentence.

He told the cops that he wants to live and not die. Even after committing serious crimes, the last thing that came out of his mouth is depraving. Grate tells the police that he loved what he was doing to that woman and wants to do more without getting caught. With these dreadful actions, Shawn Grate was sentenced to death in 2018.