Isabella Guzman: The Teenager Who Brutally Stabbed Her Mother 79 Times 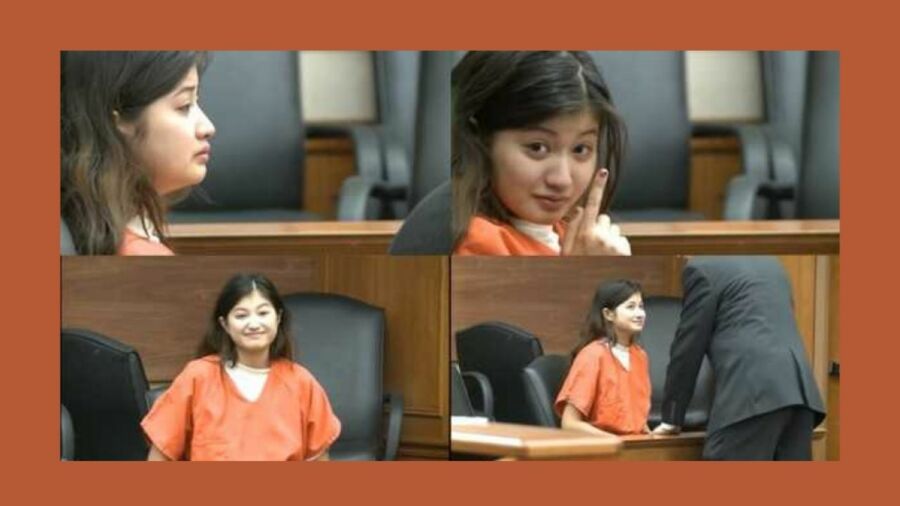 During the trial of this case, many around the world could see her cynical attitude. This video of Isabella caught the attention of many Tik Tok viewers. Many are still in shock how could a teen after stabbing her mother has a much worse reaction? The fact that Isabella is not guilty of the murder in the courtroom becomes viral.

There are many rumours about this case of a daughter stabbing her mother on the internet. Let us see more about Isabella Guzman and why she did this horrible act to her mother.

Today, murder incidents happen every day around the world. However, stories such as a teen murdering her mother are unusual. Also, it is putting everyone in shock to hear about such a tragic incident. 18-year-old Isabella commits a merciless murder by stabbing her mother 79 times. This real incident puts every family in Colorado and the Hoy family in shock.

Guzman’s family says that Isabella is a sweet girl. They are not able to process the news of a girl such as Isabella doing murder. This story may be shocking but it is true. Isabella was not in her senses when committing this murder. From childhood, she has been dealing with behavioral problems. Let us see more insiders about the case.

Mental help after the court hearing

After Isabella’s arrest, the court did not rule out this as a murder of guilt charge but as murder by insanity. After the trial, she immediately received mental help from institutions. The doctors found that Isabella is suffering from schizophrenia. In this state, she is a teen who can harm herself and the people around her.

Due to this condition, the court orders her to stay in the mental facility until complete recovery. Also, she is allowed to come out of mental instruction when she is no longer a threat to people around her. After seven years in the hospital, the court gets the report about the recovery of Isabella from schizophrenia.

In 2013 the hearing of this case continues. When Isabella Guzman took her stand she was smirking at the camera. This reaction from the teen just gave the chance for the internet to make a viral video out of it. Soon, her reaction reaches many around Tik Tok. Also, she receives huge negative publicity from this video.

Isabella Guzman claims, she is having mental issues since childhood. As a young child, Isabella did face many behavioral problems. Due to her problems with behaviour, she could not complete high school. Relatives could sense that Isabella did not behave well with her mother. There are also nasty arguments as Isabella did not talk appropriately with their mother Hoy.

In this instance, she also spits her mother on the face. Like a loveable mother, Hoy forgives her daughter but she receives mail from threatening mail from Isabella the next day. Isabella wrote to her mother saying ‘you will pay for it’ in the mail. This blackmail from Isabella surely put Hoy in shock. As a responsible mother Hoy thought to put a word to the local police station about the behaviour of Isabella.

The tragic night of the murder

All this starts in 2013 when Mi Hoy arrives home at 9.30 after her work. Her last appearance is when taking to husband about taking a shower upstairs. Within a few minutes, all her husband hears is a screaming noise from his wife upstairs.

Ryan Hoy rushes to see what is happening upstairs. When he tries to open the bathroom door he could not as Isabella was against the other side. All he sees is blood leaking out of the door. Roy rushes out to call 911 immediately. The last word he hears of his wife crying out loud to the almighty god for help.

Also, when the door opens he sees Isabella Guzman coming out of the bathroom with blood filled Knife in her hand. Ryan Roy also sees his wife lying in the blood who is bleeding from many parts of the body. The autopsy of Mi Hoy reveals that she had severe injuries. With 79 stabs she would have had a painful death. Throat slashes, and injuries on the neck and torso are more severe.

The arrival of police and court hearing

Before police could arrive Isabella Guzman took her run to flee away from the scene. The police quickly engaged their team to find a teen that was armed and dangerous. The next afternoon they could spot Isabella near a parking area. She was still wearing the clothes from the night of the murder.

Her clothes had her mother’s blood all over her body. At the hearing in court, they find that Isabella has the serious condition of schizophrenia. She was not in her senses and not in a state to understand she killed her mother. The doctor claims that Isabella thinks of killing a woman Cecilia to save the world.

The confessions of Isabella Guzman post recovery from Schizophrenia

This murder was ruled by the name of insanity. However, Isabella Guzman smirking at the courtroom trial and running after murder may state otherwise. There are trending videos of Isabella that justify her act. However, murder or violence does not have any good reason.

After coming out of mental institution Isabella makes some false claims to justify her murder. She says about her parents being abusive. She also states her mother a Jehovah’s Witness did not like her quitting the religion. However, the reality is Jehovah’s witnesses are people who follow the Bible. They stay away from violence and are people who love peace like the god they worship.

God does not like to force people to worship him. Mi Hoy the believer in this religion would not have made any effort to force her daughter on this matter. Isabella spitting her mother in the face and disrespectful dealings and brutal murder of her mother clearly shows that she is the one who was abusive with her mother.

No person who faces abuse can do such strong actions toward the abuser. Mi Hoy was not an abuser but a loveable woman who faced abuse from her daughter. The only mistake Mi Hoy did was tolerating Isabella Guzman’s abuses. Isabella Guzman’s Anger and aggression along with mental issues only led to drastic results.