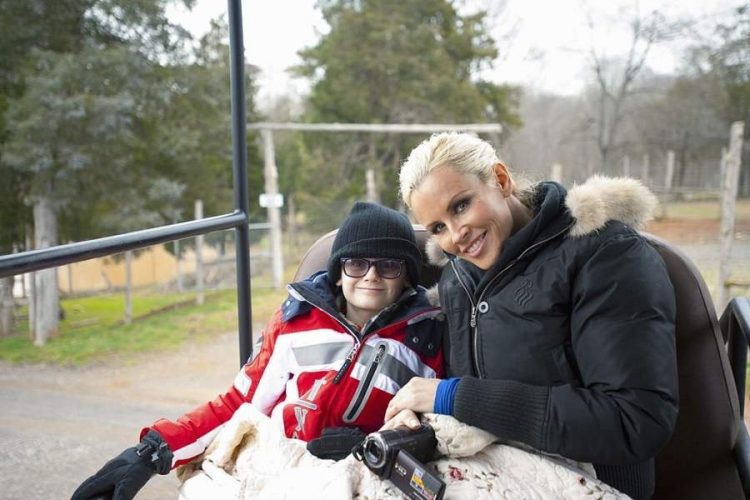 Evan Joseph Asher is the son of Jenny McCarthy. She is an actor, model, activist, screenwriter and more. Now her son Evan Asher is eighteen years old. Also, Evan got diagnosed with autism when he was little. His family went to ‘University of California, Los Angeles’ (UCLA) to get him treated. Now his condition has improved. Furthermore, Evan experienced seizures at a young age so he consumed medicines. His mental health also became serious. Jenny McCarthy took every care of her son to make him well.

Therefore, she was able to successfully help him to enjoy a good life. You can find all the details of Evan Joseph Asher early life, career, and personal life here.

The birth date Evan Joseph Asher is May 18, 2002, and her birthplace is Los Angeles, California. His mother’s name is Jenny McCarthy an actress and his father’s name is John Mallory Asher an actor and director. Moreover, they two met in 1998 and got engaged the next year. In 1999 they married and after few years had Evan. Then after some years, they divorced in September 2005.

During 2004, his body showed signs of autism. He was over two years old when he experienced his first seizure. During that time his parents were living together. They immediately called the paramedics and diagnosed their child with epilepsy.

Evan Joseph Asher also has two step-siblings. Their names are Xavier Wahlberg and Elijah Wahlberg. Furthermore, they are the children of Donnie Wahlberg whom his mother married in 2014. Now they are a close blended family.

Jenny McCarthy is the loving mother of Evan Asher. She is a famous model, activist and author. Now she is forty-eight years old. Some of the films she has acted in are Jenny, Scream 3, John Tucker Must Die, Santa Baby and more.

Jenny McCarthy after knowing the condition of her son started her autism research. She found many ways to take care of her child. Also, she even encouraged her son to become friends with his bullies. Evan Asher had problems in speech because of his condition but he was able to recite Dave Matthews song entirely.

McCarthy started to help her son through intensive applied behaviour analysis therapy. Furthermore, she started to spread awareness about autism to help other parents to understand it.

Evan Joseph Asher loves to watch movies. But more than movies with real people he likes animated movies. Then he learnt swimming. Moreover, he was fascinated with door hinges when he was little. So his mother thought that he liked to become a mechanic. Evan’s parents decided to move him from California to the Chicago suburb called Geneva.

They thought that the fast-paced life of California does not suit him. Therefore, in Chicago Evan was able to make some good friends. He calls his friends lovingly as Goonies. As he has good conversation skills he can make friends wherever he goes.

In 2013 Evan Asher impressed his mother by showing his decision-making skills. One time McCarthy was in New York to work on the show The View. So Evan decided to stay in Chicago and then only after some time he decided to move to New York. His behaviour remained the same and it did not lag because of his condition.

The net worth of Evan Joseph Asher

Evan Joseph is a talented boy. He launched his own Youtube channel Gaming USA. Because of this, he makes his own money. Also, he has a popular account on Instagram. Along with his parents, he likes to succeed in life.

Evan Joseph is a talented kid. Eventhough he suffered from autism he fought it and is living a good life now. Also he is succeeding in life by his own. His family is always there to support him.