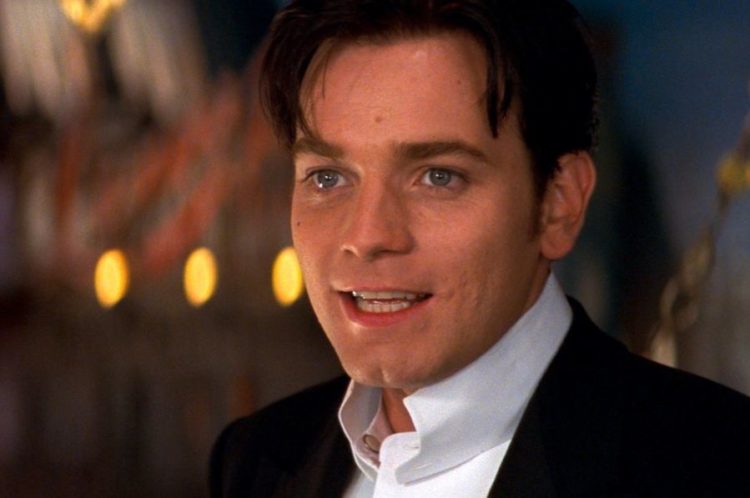 Ewan McGregor is a multi-talented actor. Yes, that man knows how to ROCK his skills- both acting and musical. We have all witnessed his acting skills before. But the voice! We were very surprised and awestruck when we heard him singing in the famous movie Moulin Rouge. Furthermore, we are touched when we hear that the movie’s singing coach Andrew Ross has praised him. We hear him saying,” as soon as he opened his mouth, he just blew me away.”

We know that actors are multitalented. It’s just that we only focus on their acting skills and fail to take into consideration all their other talents. However, in Moulin Rouge, the actor has made sure that we appreciate what he has. And we do.

If you are interested to know about the life of the actor and his achievements you can keep following the blog. Besides we will give you all the info you crave on his additional musical genius.

All about Ewan McGregor

We, the fans of Ewan McGregor know that he was born on March 31, 1971. Also, we know that he is a Scottish actor who starred in many films and then musician roles. We will now know about some of his famous works.

Firstly, we know that he achieved international recognition for Trainspotting, where he was a heroin addict Mark Renton. Secondly, we see that he starred as Obi-Wan Kenobi in the Star Wars prequel trilogy(1999-2005). Thirdly, as a poet Christian in Moulin Rouge! (2001). Then we see him in Black Hawk Down(2001), as SPC John Grimes, in Big Fish(2003). In addition, we see him as Father Patrick McKenna in Angels and Demons(2009).

We can also find him in Roman Polanski’s The Ghost Writer(2010). Next, in Salmon Fishing in Yemen, Dan Torrance in the horror movie Doctor Sleep(2019). Also, we find him as Black Mask in the DC extended universe film Birds of Prey(2020).

We know that in the year 2018 he won a Golden Globe for best actor in Miniseries or Television Film. In this film, he was in the dual role of brothers Ray and Emmit Stussy. Furthermore, we see that Ewan McGregor has also starred in Othello( 2007-2008) and Guys and dolls( 2005-2008).  In fact, we know that he ranked 36 on Empire magazine’s “the top 100 movie stars of all time” list.

We see that in the 2004 poll for BBC Ewan McGregor was named 4th most influential person in British culture. In fact, as we know, he has involved himself in charity work as the ambassador for UNICEF UK since 2004. Furthermore, we see that he was appointed as the officer of the order of the British empire in 2013. In fact, in 2016 we saw he received the BAFTA award.

Also read: What’s In The Name! Shakespeare May Think So But Not The Divas

As we all know, this is a French name. We see that the directors, co-producers, and co-writers are Baz Luhrmann. Furthermore, we see that the story talks about a young  English poet Christian. Ewan McGregor was in the role of Christian. We see that he falls in love with the star of the Moulin rouge actress and courtesan Satine.

In Fact, we all know that the film premiered at the 2001 Cannes Film festival. We will now know that the movie earned $179. 2 million. Also, we see that it was polled in the BBC’s 2016 poll of the 21st century’s 100 greatest films as 53rd rank.  Furthermore, we know that another important cast of the film was Nicole Kidman as Satine. Also, Jim Broadbent, Richard Roxburgh, and Kerry Walker were there.

We know that Moulin Rouge is a jukebox musical that features classic songs from stars like Madonna. Furthermore, we also see David Bowie, Madonna, Nirvana, and Sting in the musical score. So throughout the film, Ewan McGregor and Kidman got to sing many of the popular hits.

However, we were all stunned when we saw one thing. McGregor’s out-of-the-world voice. We see that in the NEW YORK POST he was very eager to display what he could do.

Andrew Ross, the vocal coach of the film, has praised him a lot. Ross said,” He said he’d love to record an album. He loves singing – it’s as big a part of Ewan as acting is. ” According to a source, we see that the coach has talked about his voice. “He has a beautiful, clear upper register. It’s breathtakingly pure. And in the lower register, he can get a bit of growl in his voice.”

We see that Andrew Ross was very confident in Ewan Mcgregor and his singing abilities. The actor told Entertainment Tonight in 2001 that he was very nervous.” I have sung since I was a kid but not like this.” Furthermore, we see that he played the voice of  Lumiere in the movie Beauty and the Beast Disney.

We know that the movie was released in 2017. Also, we see that Ewan Mcgregor talks about the days when he was filming Moulin Rouge. We see that he gave us quite some details.

Also, we see that Mcgregor talks about the days he was filming Moulin Rouge. He has given the fans quite some details. “I have never sung like I was expected to sing for Moulin Rouge.  Where the singing was a part of the storytelling and not just part of the character. I’ve only ever sung as a character if you like before whereas if my singing wasn’t good, it didn’t matter. “

Furthermore, we see that he talks about his favorite sequence which is the tango scene. In addition, we know that he sang Roxanne there.

” I’ll never forget walking down through the rows of dancers really upset and singing. That was fantastic.” We see that he misses those days and wishes to go back to his youth. Furthermore, we hear that he talks about his days with a lot of pride.

Ewan McGregor is a phenomenal actor. However, we know that he wishes to work even more and reach bigger milestones. We hope that he becomes successful in all his new endeavors.

Also Read: Why Doesn’t Mindy Kaling Have Marriage In Her Cards?