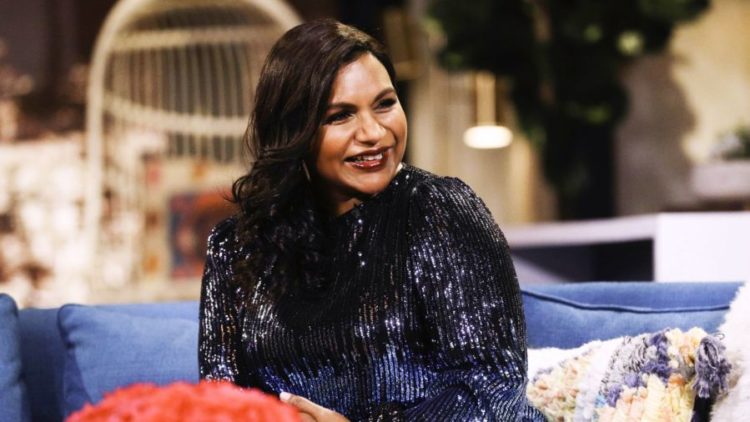 Have you watched all the episodes of the famous show “The Office”? Well, then the name Mindy Kaling will be familiar to you. Yes, from her role as Kelly Kapoor in “The Office,” she became a known face in every household. In fact, many of you might have also known her for “The Mindy Project,” “The 40-Year-Old Virgin,” and “Late Night.” Even though she is pretty famous, she prefers to stay away from the spotlight.

Apart from being an actress, she is also an amazing screenwriter and has won several awards. So would you like to know more fascinating details about her life? Today, in this blog, we will share some of the info that will give you an overview of her personal life along with her successful career. Let us have a quick glance!

Who is Mindy Kaling?

Even though the celebrity needs no separate introduction, we will share some of the significant details about her life. Many of you might not know that Mindy Kaling’s parents are from India. Her original name is Vera Mindy Chokalingam. She was born on June 24th, 1979, in Cambridge, Massachusetts. Apart from being an actress, she is also a comedian, screenwriter, producer, director, and author.

As per the sources, the celebrity graduated from Buckingham Browne & Nichols, a private school in Cambridge, in 1997. The next year she entered the prestigious Dartmouth College. Here she was a member of the comedy troupe “The Dog Day Players” and a cappella group “The Rockapella’s.”

However, the celebrity had gained wider attention for creating, producing, and starring in the Fox comedy series “The Mindy Project” in 2012. Moreover, she also created the NBC sitcom Champions in 2018 and appeared in five episodes. However, her present creation, “Never Have I Ever” and “the Sex Lives of College Girls,” has won our hearts all over again. Both the shows have become pretty popular since they target the teenage generation and explore their lives.

Let’s Look At Mindy Kaling’s Personal Life: How Many Children Does She Have?

In addition, to her thriving career, Mindy Kaling is also the mother of two cute children. Surprised, right? You must have many questions on your mind right now; let us share with you the details. Most of us knew about her being the mother of one daughter, Katherine Swati, in 2017; however, we have no idea when her second child was born.

So it was late in 2020, Kaling revealed on “The Late Show with Stephen Colbert” that she secretly had another baby during the pandemic. At the same time, Kaling shared that she gave birth to a son, Spencer, on September 3, 2020.

This news came naturally as a shock for the fans. Therefore, when the host Stephen Colbert asked how she could keep this big news hidden from everyone for so long, Kaling replied that it was very easy. This was because she did not go out much during the pandemic and neither did anyone from outside come to her house. So it was not a difficult thing for her to hide her pregnancy.

However, it was not just her pregnancy that she hid when it came to her personal life. The fact that she is not thinking about marriage is something that is worrying her fans a lot. We do not know whether she will think about it anytime soon or what plans she has in her mind.

Mindy Kaling has not Publicly Named Her Children’s Dad

Often we come across many celebrities who are adamant about protecting their children’s identities, while others seem to post unending pics on social media platforms. However, the real reason Mindy Kaling has chosen not to mention anything about the father of her children is because of sheer privacy.

In fact, Kaling also told The New York Times that it comes down to a commitment she has made to her daughter. She says, “My feeling is that until I speak to my daughter about that, I’m not going to talk to anyone else about it.” As a mother, she would always want the best for her child, so we should respect her decision.

As per the sources, a part of Kaling’s reluctance to share details about her first pregnancy might have also been because it was sudden. The celebrity has acknowledged to a source that she was not ready for this pregnancy. It was not at all planned and happened all of a sudden. However, Kaling probably does not have marriage on her mind, as we can understand from her interviews. She is more comfortable becoming a single mother to her kids, so you might never see her marrying someone in the future.

Why Doesn’t The Celebrity have Marriage on Her Mind?

Many celebrities in the Hollywood film industry have opted for single parenthood; however, it is not at all easy. However, our very own Mindy Kaling has managed two kids alone, even during the pandemic. So we can indeed say that probably in the future, she will choose to be a single mother.

Kaling says that her newborn son had actually brought her happiness during these difficult times. In fact, she feels fortunate that her son was born at that time. It was indeed a nice distraction from the pandemic, and she could remain busy with him. This helped her to remain mentally and physically stable and fit.

In an interview, Kaling shared that she would probably stay single for the rest of her life. She used to date her “The Office” co-star B.J Novak as per the sources. There are several speculations that Novak might be her children’s father. However, Kaling says he is just a friend and family to her. She shares that she actually feels entirely self-sufficient and requires no one else in her life. “I don’t need marriage. I don’t need anyone to take care of all my needs and desires,” says Kaling.

So as we conclude, we can say that very few people in the showbiz industry are as strong-willed as Mindy Kaling. The lives of single mothers are not at all an easy one. There are a lot of things that she has to take care of on her own. We hope Kaling will set an example in front of all would-be single mothers.