Valerie Bertinelli To End Her Marriage With Tom Vitale? Know The Details 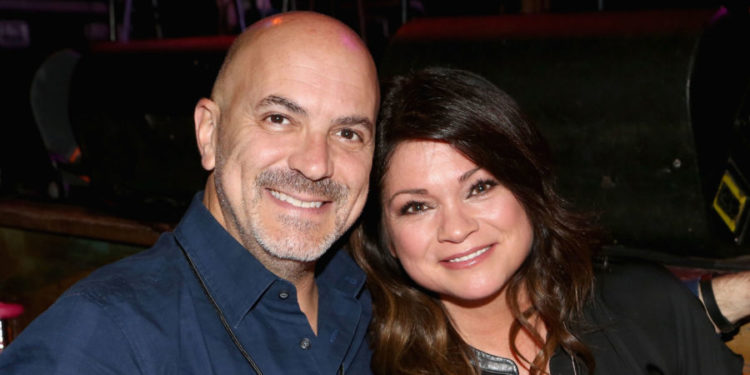 Valerie Bertinelli and Tom Vitale are about to split. Yes, you heard it right. We all love to watch our favorite public figures living a content life. Because they are our favorites. But how many of you can see that this is getting fulfilled? We see that celebrity breakups are happening even more with each passing day. But here, we fans are worried about Valerie Bertinelli as she is facing quite some hardships in these two years.

Firstly, she lost her ‘soulmate’ and ex-husband Eddie Van Halen to cancer in the year 2020. Secondly, she lost her co-star Betty White from Hot in Cleveland on December 31, 2021. White left us just after she celebrated her 100th birthday.

In this blog, we will discuss with you everything you need to know about Valerie Bertinelli’s life and her achievements. Furthermore, we will know what happened between Vitale and her that she had to break her marriage of 9 years.

We, her fans, already know when her birthday is. Valerie Bertinelli was born on April 23, 1960. She is an American actress and we know that she is quite a popular face in the world of television. We see that she achieved her recognition when she played Barbara Cooper Royer as a child. In addition, we know that she made her debut in a sitcom One day at a time.  Furthermore, we see that she has won two Golden Globe Awards in the category of Best Supporting Actresses in a series. It was for Miniseries or Television films.

After this, we see that she started walking on the journey of fame and recognition. Next, we see her in a number of shows like Touched by Angel and Hot in Cleveland. We already know that she was nominated for the Screen Actors Guild Award the latter.

Also read: What Did Bobby Brown State on His Late Wife Whitney Houston?

Valerie Bertinelli was born in Wilmington, Delaware. We all know that her father was Italian while her mother was English. Furthermore, we get to know that she did her acting studies at the Tami Lynn School of Artists. Also, we see that she had attended Grand Hills High School and she grew up as a Roman Catholic.

In the 1990s earlier we know she had starred in two sitcoms named Sydney and Cafe Americain. In fact, we are all stunned to see that she is a multi-talented artist. In 2007, we see,  she published her autobiography Losing it: And Gaining my life back one pound at a time. And then we see the follow-up, Finding it: And satisfying my hunger for life without opening the fridge.

Next, we can see that Valerie Bertinelli has hosted several food networks.

Like home shows, Valerie’s Home cooking(2015 – present). In fact, we know that for this show she has won two Daytime Emmy awards. Furthermore, we see her in the Kids Baking Championship.

This year, we see that she released her memoir Enough Already: learning to love the way I am today.

Her Relationship with Van Halen

Valerie Bertinelli married Eddie Van Halen in 1981. We all know that she has a son, Wolfgang. But we are all disappointed when we hear that the duo separated after 26 years of marriage. However, in her biography, we see that she spoke about why she had to divorce him. We see her saying that he was a cocaine addict. In fact, he wouldn’t leave smoking even after the doctors diagnosed him with oral cancer. Furthermore, the doctors had to amputate one-third of his tongue in the treatment process.

In her interview with the ‘People’ magazine, we see that she voices her pain. “I loved Ed more than I know how to explain” we hear her lamenting. In fact, she wrote this down in her memoir. We also hear Ed’s last words to Wolfie and she was, ‘I love you.’ We can understand what she must have gone through when she heard of his demise. Although they could not live together, we can tell that both of them loved each other.

Her Love Equation with Tom Vitale

In the year 2004, we hear that Bertinelli had met financial planner Tom Vitale. The duo met because of her brother’s help. Since then we know how things have been a sweet ride for them. We know that the couple dated for six years before tying the knot in 2011. Furthermore, we were so emotional when Valerie Bertinelli spoke to a source about her dedication to Tom.

“I could have spent the rest of my life with Tom and not be married. But I wanted to call him my husband. I really wanted to share how I feel about Tom with the people I love.”

Fate Had Other Things Planned for Her

If we follow her life we must know that they were married on 2011 January 1. Furthermore, we know that when she got married in Malibu California she was wearing a dress by David Meister. However, we are now hearing that in 2021, Valeria Bertinelli had filed for a legal separation from Vitale. Since they were on their 10th anniversary in 2021, the news had stunned her fans. We see the ”Touched by an Angel” star sharing her statement with the reporters. She says that it was “irreconcilable differences” as the reason for their separation from Tom Vitale.

Now in 2022, we see that after six months of separation Valerie Bertinelli has taken the final step. She has filed for divorce from Vitale. We get to hear that the couple had a prenuptial agreement that both of them will respect during their split.

We didn’t officially hear any statement from Tom Vitale regarding their divorce. Maybe he is a very shy person and doesn’t want to engage in this conversion with the media.

Nobody likes to be a witness to a divorce. Especially if it is of our favorite public figures, but sometimes all we can do is watch and hope whatever they are doing will bring them peace. We hope that Valerie Bertinelli and Tom Vitale have given a good thought before arriving at this decision. We pray for their well-being.

Also Read: Carrie Fisher Or Harrison Ford: Who Has A Greater Net Worth?