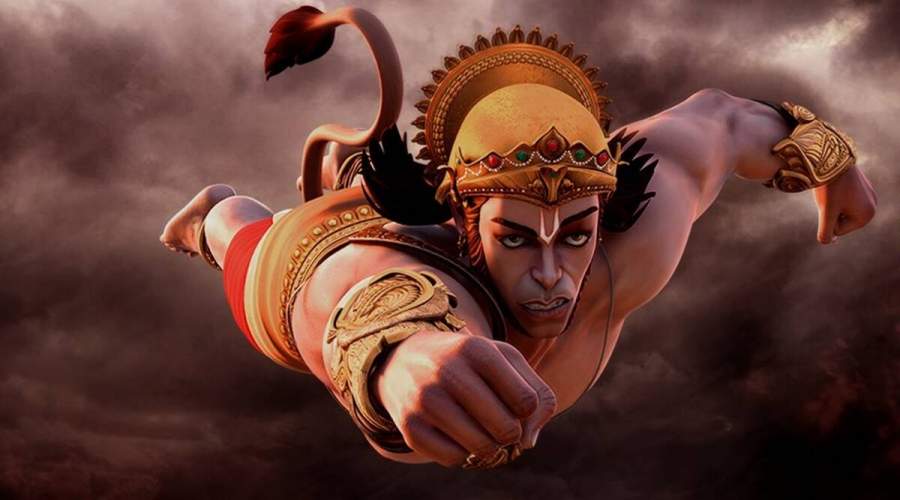 Lord Hanuman is a God worshipped by many devotees for courage and strength. He is one of the well-known gods in Hindu Mythology. Now many people know about his story because of the various TV shows made about him. Also, he is the favourite God of kids. He is lovingly called Bajrangbali by his devotees. Furthermore, the loyalty of Hanuman and his other wonderful attributes are what appeals to his devotees.

There are also many tales in Hindu Mythology where Hanuman has played a huge role. For instance, Hanuman’s devotion to Ram is one of the best parts of it. That is why here we have gathered some of the interesting facts about Lord Hanuman.

1. Once Lord Hanuman rejected the gift of Goddess Sita

One-time Goddess Sita gave a beautiful pearl necklace to him. But he declined the gift. He ripped open his heart and showed his heart to the Goddess that revealed how much love he has for Ram and Sita. That is why he did not accept the gift from the Goddess as it did not have Lord Ram’s name. This is one of the instances in the mythology that is a proof of the devotion Lord Hanuman had for Ram and Sita.

2. Pawanputra Hanuman is one of the incarnations of Lord Shiva

A beautiful Apsara named Anjana got cursed by a sage. So when she fell in love her face turned into a monkey.  Lord Brahma planned to help her so he sent her to earth. Then Anjana falls in love with Kesari who is a Monkey King and they marry. As Anjana is a devotee of Lord Shiva she continued to do Tapasya for him. After that, it impressed Lord Shiva who decides to be born as her child. This also helps Anjana to break the curse of the sage.

Moreover, due to certain circumstances planned by Lord Shiva Anjana drinks a magic Kheer. This allows her to give birth to Pawan Putra Hanuman. So he becomes the son of Lord of the Winds.

Many people do not know about this fact. Lord Hanuman actually had five brothers. Also, they all are married. It is present in “Brahmana Purana”. It narrates the story of Lord Hanuman’s father Kesari. Also, he is a Monkey King. There is a mention of the King having five sons. But the elder child in the family is Lord Hanuman. Furthermore, the names of the brothers are Matiman, Shrutiman, Ketuman, Gatiman and Dhritiman.

Once Lord Hanuman saw Goddess Sita wearing a sindoor. He asked her about the reason for her wearing the sindoor. Therefore, Sita replies to him that she is applying sindoor for her husband Lord Ram to have a long life. Then Lord Hanuman applies the sindoor all over his body to prolong the life of his Lord Ram.

In the Sanskrit language, the word Hanu means Jaw and Mana means disfigured. During his childhood, people called Hanuman Maruti. Moreover, at that time he ate Lord Surya thinking of him as a fruit. So this caused the whole world to become dark. Then this event angered Lord Indra who struck Maruti with a thunderbolt. This broke Maruti’s jaw and it made him lose his jaw forever.

According to the mythology, Narada tells Hanuman to greet all sages but to leave Vishwamitra as he was a king. This makes Vishwamitra angry so he asks Lord Ram to give the death penalty to Lord Hanuman. As Vishwamitra was the guru of Lord Ram he was not able to ignore his order. Therefore, he punished Lord Hanuman by giving an order to kill him with arrows. Then after seeing the arrows Lord Hanuman starts to chant Ram.

After seeing this Lord Ram uses Brahmastra but this also fails. Lord Hanuman’s chanting Ram was very powerful that nothing was able to kill him. After watching this Narada goes to meet Vishwamitra and apologises to him. This also stops the ordeal and Lord Hanuman escapes.

Lord Hanuman came into the world by the grace of Pawan Dev. Another Lord who was born similarly is Lord Bhima. Once Maharaja Pandu was staying in a forest with his wife Kunti and Madri. Kunti starts to worship Pawan Dev to have a son. Then because of her devotion, she gave birth to Lord Bhima. This makes Lord Hanuman and Lord Bhima brothers.

After the war in Lanka got over, Lord Hanuman stayed in the Himalayas to continue with his devotion to Lord Ram. At this time, he wrote the tale of Ramayana with his nails on the walls of the mountain. After that Maharshi Valmiki meets with Lord Hanuman to show his version of Ramayana.

Once Lord Ram decides to journey to Vaikuntha which is the heavenly abode of Lord Vishnu. He also knew that Lord Hanuman will not allow him to take the journey.  So he asks Hanuman to find the ring which he has lost. Then Lord Ram vanishes into the Patal Loka.

While trying to find the ring Lord Hanuman meets the King of spirits. He tells him that the falling of the ring signified that the end of Lord Ram’s life has come. But Lord Hanuman tries to stop it.

These are the interesting facts about Lord Hanuman. Hope you find all the facts informative.

Also read: 112 ft. Tall Lord Shiva Statue Made It To The Guinness Book of World Records