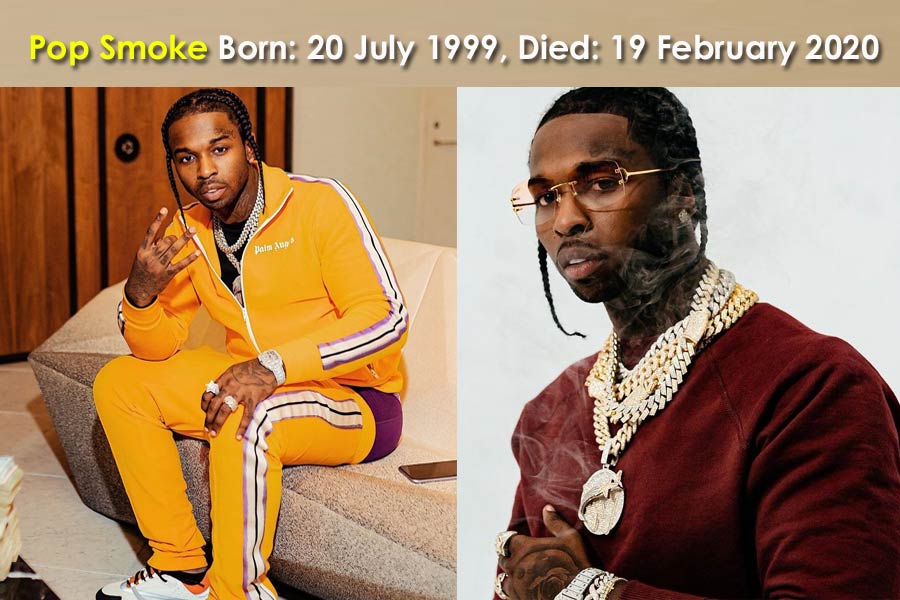 One of the very popular rappers from New York, Pop Smoke was killed during a home invasion on 19th February 2020. He was just 20 years old. The music industry was shocked to know this news and they have said that this is a very unexpected and a big loss for them.

The rapper is from Brooklyn, he was at his home at Hollywood Hills, California, where two men whose faces were covered by black masks broke into his house and fired off multiple gunshots. The rapper’s legal name was Bashar Barakah Jackson. After this incident has happened, the music star was taken to Cedars-Sinai Medical Center in West Hollywood, where he was later pronounced dead.

The suspects have not been caught yet; police haven’t revealed any details about them. However, this is also unclear whether Pop Smoke knew them or not.

Also read: Harpy Eagle Which Looks Similar Like A Person Dressed In A Costume

One of his most popular songs is ‘Welcome to the Party’

Pop Smoke, first crept onto the music scene in 2019 with his lead single Welcome to the Party, heading up his debut mixtape Meet the Woo. His first single was remixed later that year which feature Nicki Minaj and Skepta. Even he also produced some of the very popular hit songs including Mpr, Flexin, and Dior.

He also collaborated with many other popular artists as well

After giving the hit song, Welcome to the Party, he also went on to collaborate with many other popular artists on tracks, including War featuring Lil Tijay, and 100k on a Coupe featuring Calboy. In last year December, the rapper also got featured in Gatti with JackBoys and Travis Scott which featured on the JackBoys album.

The previous month, Pop Smoke also released his second mixtape ‘Meet the Woo 2 featuring guest slots from Quavo, A Boogie wit da Hoodie, Fivio Foreign and Lil Tijay. In the week after its release, a deluxe edition was also launched featuring three new songs: Wolves with Nav, Dior (Remix) with Gunna and Like Me with PnB Rock.

After knowing about this tragic incident, Big Freedia and BBC Radio presenter Yasmin

One of the famous hip-hop artists from the US, Big Freedia tweeted after the news broke out: “Rip Pop Smoke ppl don’t value life bruh they take so much for granted, hope they catch them, prayers to his family and friends and fans this is crazy.”

BBC Radio 1Xtra presenter, Yasmin also tweeted about him: ‘I am feeling quite emotionally drained and so for everyone really FEELING right now, I am with you. I also send love out to those who are feeling heaviness in their heart from the passing of the talented Bashar Barakah Jackson aka pop Smoke.’